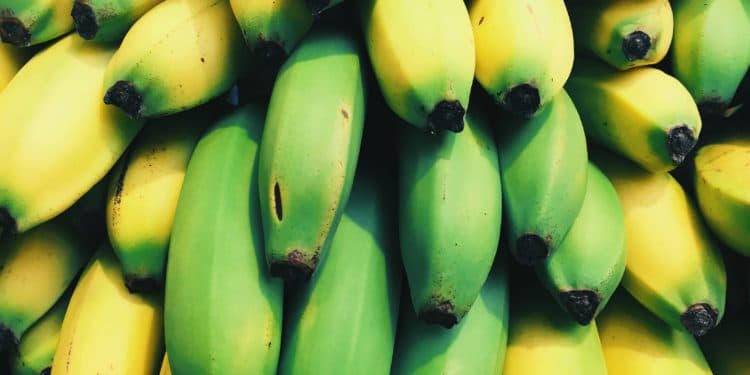 Not all food is good to eat before a workout. There are plenty of things you should avoid if you really want to make the most of your time at the gym.

Pre-workouts and protein shake aside, you should watch what you consume prior to hitting the gym. What you think might be great fuel could end up slowing you down and stunting your progress.

Yes, you should have something to eat beforehand so you’ll have the energy you need to pump out a great workout, but if you eat the wrong thing, it can end up doing you more harm than good. Here’s what you should avoid eating prior to a workout.

Many people experience bloating or gas while working out shortly after having dairy. If you’re one of them, just avoid it altogether. It makes a better post-workout beverage than it does a pre-workout drink.

A lot of people like to throw some flaxseed into their protein shake before hitting the gym but you shouldn’t. It’s high in fiber and that’ll make you bloated and possibly gassy during a workout.

That’ll obviously slow you down because you’ll feel heavier and your stomach could even feel a little iffy. And when you don’t feel great at the gym, you do less and therefore make less progress.

This is definitely a really beneficial snack if you’re looking to trim down and live a healthy lifestyle, but it’s not good to down a bunch of right before a workout. Yes, it has some great proteins, but bean-type foods have some indigestible carbs that can make you feel bloated and not well.

However, this does make a good post-workout snack to refuel after a big workout. Just avoid eating it an hour or two before working out.

Many people assume nuts are a great pre-workout snack that’s also healthy, and for the most part, that’s true. The issue arises when you eat heavily salted nuts and foods.

Foods super high in sodium like salted nuts, things with seasoning packets, highly processed foods, and beef jerky dehydrate you. And when your body isn’t getting the water it needs, your workout is stunted a little.

More specifically, unripe bananas. A lot of us grab for a banana before a workout because of the potassium and other vital nutrients. However, if the banana isn’t quite ripe yet – meaning it has some green on the stem – you could run into some stomach issues during your workout.

These foods aren’t meant to be eaten until they’re ripe because they have substances that are difficult to digest before they’re ready. In the case of bananas specifically, they have intolerable starches that don’t break down easily at all. Anything that causes issues to your stomach during a workout is bad news.

I know what you’re thinking. They have some great protein and they’re quick to down. But they could also cause some stomach issues due to the fact that they’re protein and fat. That combination takes a while to break down and that means it’ll be sitting in your stomach during a workout.

This can also cause some gas that’s unpleasant. You could end up cutting your workout short simply because your stomach doesn’t feel the greatest.

As delicious as those Mexican leftovers sound before hitting the gym, you’ll be doing yourself a huge favor if you wait until after to finish it. Spicy foods create a more acidic environment in your stomach, more so than it already is.

Going for a high-intensity workout where you’re moving around a lot could cause uncomfortable heartburn. And the last thing you’ll probably want to do when you have heartburn is crank out another set.

More specifically, protein bars that aren’t actually that high in protein. Yes, they have carbs and proteins but a lot of them also have tons of sugar and fat. Both of those aren’t great for a workout.

It won’t digest very easily and you’ll end up having a stomach full of protein and fats and carbs that aren’t actually doing much. Use these as a post-workout recovery snack instead.

There are a lot of people out there using energy drinks as a pre-workout and it’s hurting their progress at the gym. Avoid drinking these too close to a workout. They’re full of sugars and useless carbs that could cause stomach issues.

Plus, if you get the carbonated kind, that’ll cause a stomach ache all on its own. Opt for mixing your pre-workout powder with water beforehand instead of the energy drink.

Yes, even avocados have to be skipped an hour or two before a workout. Fats take a while to digest. That means if you eat some too close to the gym, they’ll just be sitting in your stomach causing issues when you’re trying to do those box jumps. Skip the high fatty foods within 2 hours of going to the gym.

What you eat before working out can make a huge difference. Focus on consuming carbs and proteins before a workout instead of high fats and sugars. You’ll get a much better workout in and you’ll see progress far sooner.