4 Ways to Train Your Brain for Confidence 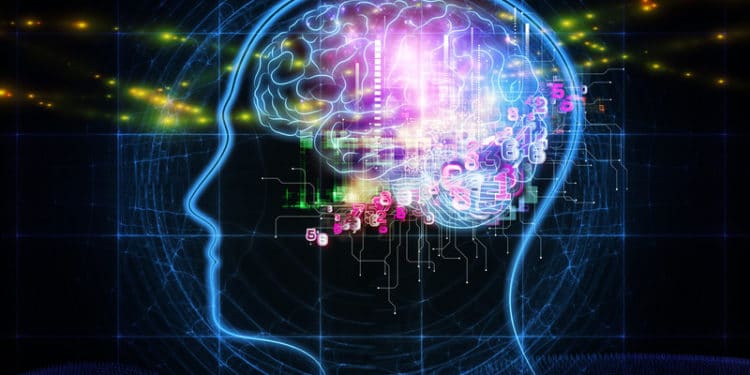 We’ve all had those moments. Call it self-doubt, insecurity, cynicism, pessimism… What it boils down to is negative thinking – about ourselves, our worlds and our potential.

If ignorance is bliss, intelligence may well be the opposite. No one is immune to the occasional bout of negativity, but it often feels like those of us who are the most discerning are also the most deprecating.

As Ernest Hemingway put it:
“Happiness in intelligent people is the rarest thing I know.”
And it turns out there’s science to backup Papa’s claim. (Smart guy, that Hemingway.)

The BBC has reported on research that “found that those with the higher IQ did indeed feel more anxiety throughout the day.”

“‘It’s not that their worries were more profound,'” the researcher said, “‘but they are just worrying more often about more things… If something negative happened, they thought about it more.’” (emphasis mine)

Having an above-average level of intelligence may help explain why negative thoughts come in mind, but it doesn’t really help you deal with them. So how do you overcome your tendency to go negative and over-analyze?

Here are a few strategies that can help.

1. Catch Your Brain’s Negativity Bias in the Act

Intelligence may not be bliss, but fortunately knowledge is still power.
One of the most effective ways to halt negativity in its tracks is by becoming aware of what psychologists call the brain’s “negativity bias.”

“Our perspective is biased toward the negative; as far as our minds are concerned, bad is stronger than good,” writes Stanford psychologist Emma Seppala in her book The Happiness Track.

“We have such a strong propensity to favor negativity that we have a skewed vision of reality.”

For the type of smart people identified in that BBC article, this is great news. It means that a large percentage of your self-doubt and pessimism is not actually your fault. It’s just a pesky evolutionary remnant that our lizard brains haven’t quite kicked.

So when you shit on yourself for making a mistake, or imagine all the potentially bad consequences that could arise from taking a risk, or compound the negativity by feeling guilty about thinking that way, take heed.

You’re not an inherently negative person, nor are you doomed to stay stuck in a glass-half-empty mindset.

Your brain is just kind of an asshole.

Next time you’re indulging in negative thoughts, pause and take a deep breath. Remind yourself that the negativity isn’t a reflection of reality, or even of the “real” you. It’s just your brain playing tricks on you.

Recognizing the negativity bias at work is one of the best ways to stop yourself from indulging in negative thoughts.

Once you’ve acknowledged your brain’s assholic tendencies (“assholery”?) at play, the next step is figuring out how to move your mind to a more positive position.

And according to Harvard’s Amy Cuddy, a quick and effective way to position your mind is by first positioning your body.

By striking a powerful pose, your body tells your brain that you are, in fact, powerful – and therefore less likely to let negative thoughts derail you.

Cuddy outlines a way you can try this for yourself:

According to Cuddy’s research, just two minutes of holding a “power pose” is enough to flood your brain with positive chemicals like dopamine and make you think more powerfully and positively.

3. Affirm Your Ability to Change

Ample evidence suggests that positive self-talk can have a real, measurable impact on our mindsets.

“When negative events or mistakes happen, positive self-talk seeks to bring the positive out of the negative to help you do better, go further, or just keep moving forward,” writes Dr. Gregory Jantz in Psychology Today.

“The practice of positive self-talk is often the process that allows you to discover the obscured optimism, hope, and joy in any given situation.”
Supercharge the two minutes you spend power posing by repeating positive mantras to yourself.

These don’t have to be hyperbolic or exaggerated, either. It can be something as simple as “I am smart. I am strong. I can overcome any obstacle.”

If telling yourself you’re smart and capable feels too uncomfortable for you, why not let someone else do it? YouTube is full of inspiring and empowering mash-ups from some of the world’s most motivational speakers.

Throw your head phones in before you power pose and try listening to either of the below clips:

Impossible is Nothing – from Be Inspired

Nothing Will Stop Me – from Motivation Grid

By the time these clips are done, pessimism will be the last thing on your mind.

Research from the University of California, Berkeley has shown that practicing gratitude is one of the most effective ways to put yourself in a more positive mindset.

According to the findings of Berkeley’s Greater Good Science Center, increased gratitude leads to:

After power posing and listening to (or telling yourself) some positive affirmations, try a simple exercise to increase your level of gratitude.

Simply grab a pen and paper and write down three things you’re grateful for. They could be anything, large or small, from the love of your parents to the delicious snack you had earlier.

By directing your focus to things you appreciate, and writing them down to cement them in your mind, you not only squeeze out the negativity, but replace it with feelings of joy and optimism.

Wrapping Up
Unfortunately there’s no way to completely eliminate negative thinking. But by becoming more conscious of your brain’s natural tendency to go negative, and implementing the above steps to counteract it, you can pretty easily increase your levels of optimism and confidence.

Article was contributed by Dave Bowden.
As the founder of IrreverentGent.com and author of Ready to Roar: How Shy, Quiet, Self-Doubting Guys Become Strong, Charming Self-Confident Men, Dave Bowden helps guys take control of their confidence by strengthening their mindsets, bodies, people skills and style.