For anyone who wants a different take on their "Horror" movies 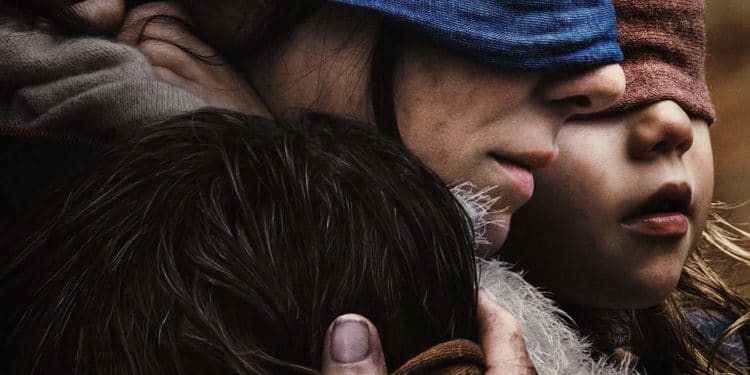 Netflix’s latest breakout original horror film, “Bird Box,” has most viewers and critics split between acknowledging its brilliance or highlighting its mediocrity. Constantly being compared to John Krasinski’s critically acclaimed sensory-based horror experience, “A Quiet Place,” due to Sandra Bullock’s blindfolded visage, “Bird Box” has been taking some flack for never showing the true nature of its monsters.

But beyond the sensory deprivation aspects of the film – and the unseen nature of “Bird Box’s” monsters ridiculed by those wanting a more visceral horror experience – “Bird Box” is a wholly different take on horror compared to Krasinski’s “A Quiet Place.” While it may not be perfect, “Bird Box” is still able to keep a constant sense of dread without ever showing the settings true antagonists or relying on gruesome violence to scare its audience.

Thankfully, if you enjoy horror without the need for the violence of a Friday night slasher flick or a creature feature, you’re sure to enjoy the list of five films below.

Lukewarm reviews by critics and a scalding user score on both Metacritic and Rotten Tomatoes may seem like red flags for the Theo James and Forest Whitaker-led flick. While disappointment at the movie’s ending is understandable, “How it Ends” can still provide a suspenseful journey to the Western seaboard as James and Whitaker’s characters bicker for their survival towards an unknown threat in the horizon.

Set in the Australian outback amidst a standard zombie apocalypse, “Cargo’s” strength doesn’t rely on its apocalyptic premise. Much like “Bird Box,” the horror of “Cargo” is best appreciated within the context of the relationship between Andy Rose (Martin Freeman) and Thoomi (Simone Landers) as they navigate the the zombie-infested post-apocalyptic wasteland with Rose’s year-old child. Freeman’s performance in this Netflix original carries most of the film’s emotional weight and the movie’s treatment of the zombie apocalypse is different enough to provide a fresh horror-drama experience for any fan of the genre.

“Children of Men” is often be touted as a science fiction thriller exploring a dystopia created by mass infertility rather than a horror film. But when humanity’s last and final hope could easily be snuffed out by acts of selfishness and despair – paired with the Clive Owen and Claire-Hope Ashitey’s powerful performances – the horror of the movie’s central premise cannot be denied. Despite its age, “Children of Men” is a film that definitely deserves a watch for those who have yet to experience its grisly take on a future without children.

Based on Jeff VanderMeer’s science fiction novel of the same title, Alex Garland’s high concept science fiction film features the occasional body-horror and cast death at every corner that seems standard expectations for a horror film. “Annihilation” takes cues from from H.P. Lovecraft’s “The Color Out of Space” as much as it tries to adapt its source material. The implications of the Shimmer’s final secret will be sure to keep the cosmic horror fan part of yourself awake at night if the mind-bending suspense and horror of the events of Lena’s (Natalie Portman) expedition doesn’t faze you.

Overshadowed by other more grisly movies during the Japanese horror film boom of the early 2000s, “Bird Box” fans will appreciate the more cerebral yet still violent horror of “Uzamaki.” Compared to the ghost and haunting movies that have been exemplified by the horror movies of its time – such as “The Ring” – “Uzamaki” is based on the premise that a curse upon a village is overwhelming its inhabitants with spirals. The focus on a supernatural force too great to be understood and fought by the villagers also provides a window into the disturbing psyches of the movie’s characters.