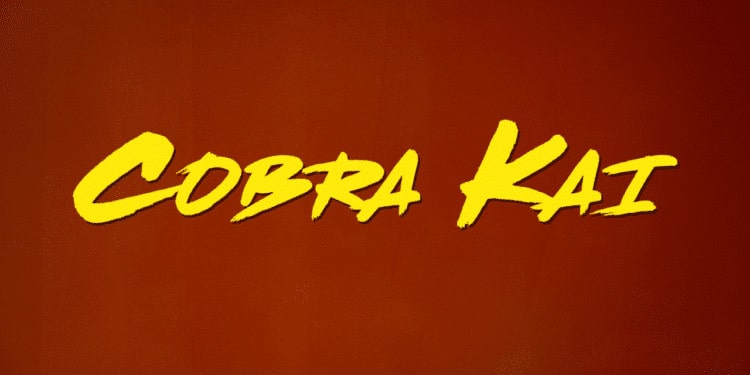 A lot of reviews about YouTube Premium’s hit web series will tell you that “Cobra Kai” is chock-full of shout-outs and nostalgia bait that are sure to please any fan of the original “The Karate Kid” movies (even the bad ones). While watching Johnny Lawrence (William Zabka) and Danny LaRusso’s (Ralph Macchio) stories continue into the future is enjoyable, “Cobra Kai” is more than just shout-outs and throwbacks to please an older generation.

“Cobra Kai” has significant life lessons for the generation that grew up on the original movie that are just as important as reminders of fitness and mental health. Below are the reasons why watching “Cobra Kai” as soon as possible is good for you.

We are all Johnny at some point in our lives.

We all have that moment in the past that seems to define the rest of our lives. Johnny’s biggest regret was losing to Danny at the All-Valley Karate Championships in their younger days. Because of this, he blames LaRusso for everything he has lost.

But more than 30 years is a really long time to hold a grudge and blame all of life’s troubles on your childhood rival. Johnny resurrecting the Cobra Kai dojo could have been an opportunity to reinvent himself into a different person but he chose to simply reinforce the toxic philosophy espoused by his old sensei. We all need to take a step back and think if our decisions are actually good for us, or are coming from a wounded place from the past.

Being a good guy is not easy and suffering defeat doesn’t necessarily mean that you’ve learned your lessons. Almost three and a half decades after the fateful match between Johnny and Danny at the All-Valley Karate Championships, Johnny still lashes out at every perceived threat with the violence that defined his youth.

Age does not necessarily impart wisdom as much as so many people think it does. Even Danny has trouble navigating the thin layer between being a righteous crusader and turning into a villain himself in his battle against the new Cobra Kai dojo.

Everyone’s a good guy in their own head.

The main conflict of “Cobra Kai” season 1 is kicked off by Johnny resurrecting the Cobra Kai dojo to take back his life. For Johnny, the philosophies of the original Cobra Kai dojo have kept him alive and putting it back up is a sign of defiance against what he perceives as Danny LaRusso’s smugness and his success.

Danny sees the rise of a new Cobra Kai dojo as a return of the horrid attitudes and behaviors that enabled the bullying in his younger years. But rather than trying to actually understand the pain that his former bully had gone through, he simply makes it his personal crusade to make sure that the Cobra Kai dojo is shut down again.

“Cobra Kai” has one scene in its second episode where all the conflict could have easily been avoided if Johnny and Danny didn’t treat each other as villains in their own stories.

Rage can only get you so far.

Johnny’s Cobra Kai posse in the original “The Karate Kid” was stereotyped as a bunch of popular brutes. The resurrected Cobra Kai dojo’s latest batch of students is simply a group of kids who just want to learn how to stand up for themselves.

Make no mistake, the Cobra Kai philosophy of “Strike First, Strike Hard, No Mercy” does bear some fruit for some of Johnny’s students. But the show reminds us that viciousness and rage are short-sighted and do not lead to a fulfilling life.

Miguel (Xolo Maridueña) – Johnny’s neighbor whom he takes under his wing as his first student – best exemplifies the rise and fall of a person who lives by the Cobra Kai philosophy. Miguel’s actions throughout “Cobra Kai” season 1 turn him from a sympathetic character into a bully no better than his tormentors by the end of the season.

There’s always a chance to be better.

“Cobra Kai” season 1’s ending may not seem like a moment of redemption for Johnny as former sensei John Kreese (Martin Kove) returns to congratulate him about the revival of the Cobra Kai dojo. But the result of the 50th All-Valley Karate Championships seems to have awoken the realization within Johnny that he’s turned his own students into a bunch of hooligans. “Cobra Kai’s” antihero can hopefully start making amends with the people he has hurt in “Cobra Kai” season 2.

With “Cobra Kai” season 2 just around the corner in 2019, Johnny Lawrence’s chance for redemption hangs in the balance. Make sure not to miss it on YouTube Premium.

Why You Need a Fitness Watch and Which One to Get