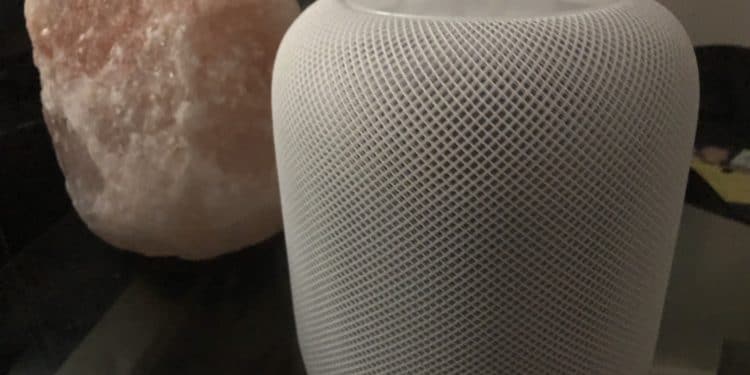 The rise of the smart speaker began less than three years ago. That’s when Amazon released the Alexa and then followed with the little sister called the Echo. The speakers would tell you news, the weather and play moody sounds all powered by your voice. It sounded scary at first. But this new tech has caught on and Apple, obviously, jumped into the fray.
The juggernaut technology company recently released its smart speaker called the HomePod after nearly a year after it was announced. The circular pill-like speaker comes in black or white and goes for $349. If you are an Apple lover and tech geek, then you can’t pass up the chance to install this device in your home. Here are five ways this speaker will transform how you live daily life forever.

The best way to get the most of out of your HomePod all lies within one solitary location: the Home app. Just like most Apple products, the HomePod was created to connect all your Apple devices. It becomes a virtual and voice-control hub that will recognize all accessories connected to the Home app. That being said, imagine a world when you walk into your home and simply say: “Hey Siri, turn on the lights.” This app also voice controls the air conditioners (De’Longhi MDH) and motorized shades (Hunter Douglas PowerView) on your windows. You don’t have to do a physical thing but speak up. Imagine how convenient your life could be.

This smart speak may recognize your voice but don’t be afraid to touch the little thing. On top of the speaker, there’s giant touch panel and this is where Siri lights up when you are talking to her. You could control most of the simple settings of the device physically. Here’s a quick and simple overview: single tap will pause or play the speaker; a double tap results in a skip forward; a triple tap means a skip back and, lastly, the long press will activate Siri.

You may not be able to voice-control all your apps. But you definitely could AirPlay pretty much anything. So if you aren’t happy with the iTunes selections, then you could AirPlay your Spotify playlists. If there’s a podcast that you want to hear on SoundCloud, then you could get that going on the HomePod. This feature works even better for sports lovers as you could AirPlay all kinds of sporting events. To take advantage of this feature, then you should download the TuneIn, NPR, MLB At-Bat and ESPN apps.

Besides the Home app, this smart speaker is light years ahead of Amazon’s Alexa and better than any Sonos or Bose speakers you will encounter. This speaker employs an A8 chip to improve the sound. But the most impressive thing about the HomePod is that is actually listening. The built-in microphones listen to itself and adjust the audio to any room its in. Still, the strategic placement of the speaker will deliver twice the results. That means you should place it close to the wall as it bounces ambient sounds and pushes the vocals of music to the center of the room. You can’t name a speaker that does this. The speaker will create playlists from your iTunes library just based on what mood you want. For instance, if you say, ‘Hey Siri, play beach music”, then you will get “Beach Boys” instantly. You could also tell Siri if you like a song she’s played and it will adapt to your taste. This will all happen when you have an Apple Music account so your next move is to subscribe right now. One last cool little feature is how you voice controls the volume levels. You could tell Siri to turn up or down the volume by percentages. That will give you better control of the output.

If you are an organized and busy person, then the HomePod will make your life that much easier. For one, you could call contacts from a voice command. You could also voice texts, anyone, when you are doing tasks in the house like cooking. You can’t set timers on the HomePod but you could setup voice-command reminders if you are cooking or need to send an email at a certain time. The HomePod will add to the Reminders app and will remind you when you set a time.
The age of smart speakers have taken the country, and the world, by storm. Some have been hesitant as they fear the new A.I. will invade their privacies. Forget all that noise with the arrival of the HomePod. This smart speaker will not only change your life but simplify it.

The Importance of Health and Wellness at the Work Place