Professional wrestling is a dangerous sport. Learn more about Adam Copeland and the preventative exercises he uses when facing potential injuries. 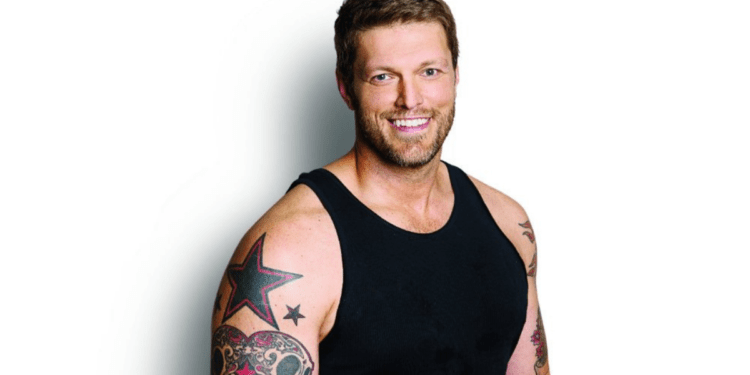 Professional wrestling has been a longtime entertainment source in the U.S., quickly spreading worldwide and gaining global fans. Even though it is scripted, viewers still enjoy the drama, rivalries, and entertaining fight scenes. Many celebrities got their start in professional wrestling, like John Cena, Dwayne “The Rock” Johnson, and Adam Copeland. Fans are obsessed over their favorite fighters and love to see them succeed and become champions.

Copeland particularly has had an illustrious career within the wrestling world, despite sustaining severe injuries.

Who Is Adam Copeland?

Adam Copeland is a 47-year-old Canadian professional wrestler and actor currently signed to World Wrestling Entertainment (WWE) under the stage name Edge. He first debuted professionally in 1992 and participated in various competitions until signing with WWE in 1997. Copeland and his friend, Christian Cage, often competed in the Tag Team Championship and became famous for continuously winning them together. In 1999, he won his first WWE Championship, propelling him to pursue a solo career in 2001.

Since he first entered the industry, Copeland has managed to win a total of thirty-one championships, making him the second-highest winner of all wrestlers. He successfully set the World Heavyweight Champion record seven times, won the WWE Championship four times, the Tag Team Championship twelve times, and the Intercontinental Championship five times. Copeland has even won the King of the Ring Tournament, Money in Bank Ladder Match, and Royal Rumble. He is the first wrestler to achieve all three and is one of WWE’s highest-paid performers.

Apart from wrestling, he has also ventured into the film industry. He has appeared in a few films and television shows, most notably in The Flash, Deal or No Deal, and Vikings. He enjoys acting and hopes to continue to pursue it in the future as he moves on from wrestling.

In 2011, he was forced to retire as a result of a severe neck injury. He returned in 2020, much to the pleasure of all his fans. He won the Royal Rumble the following year.

The Dangers of Wrestling

On April 11, 2011, Copeland shared his experience with professional wrestling and the hardships he faced during his career. He suffered from a severe neck injury and cervical vertebral fusion, often complaining about a numb feeling in his arms.

The WWE pushed him to undergo testing and get an MRI, which revealed that he had cervical spinal stenosis. He was diagnosed with a bone disease where the spinal canal narrows at the neck. If he continued to wrestle, he risked permanently paralyzing himself from the neck down or even death.

He was forced to retire that year to protect his health. When he came back in 2020, he ended up tearing his tricep during one of his first fights, which sidelined him for nearly eight months. He suffered many torn ligaments and muscles over the years, as his occupation puts his body through so much strain. Wrestlers struggle with injuries frequently, so the professionals like Copeland participate in as many preventive exercises as possible to maintain their physical health.

Adam Copeland’s number one lesson that he learned over professional wrestling is to take time to recover. When he tore his Achilles, he only spent six months in recovery before he tried to jump back in the ring, only to end up worsening the situation. As Copeland got older, he realized that he needs to listen to his body more and take it slow, allowing his body the adequate time it needs to rest and heal. His primary prevention method is to listen to the experts and don’t rush it.

He hasn’t had surgery during his forties, so Copeland is unsure just how much more his body can take or how long it will need to recover–and he doesn’t want to find out. To avoid hurting himself, he practices yoga stretching, takes cold plunges, visits the sauna, and practices physical therapy exercises.

When Copeland first returned from his retirement and sustained a torn tricep, he was unaware of its seriousness. He just thought his arm felt sore like it usually would after a fight. Now, Copeland pays attention to his body, communicates with the experts, and focuses on strength training and aerobic exercise to maintain his health.

Wrestling is an excellent form of entertainment. But fans should still remember that it can result in serious physical consequences for the participants. Just because the storyline is fake, doesn’t mean that the fighting and injuries are, too.

Adam Copeland has suffered serious injuries, especially to his neck, thanks to his lengthy career. He surprised fans by returning to the ring last year and winning this year. So we are excited to see what the future holds for him. Let’s hope that he continues his injury prevention exercises in the meantime!

Every Sports Fan Should Try These 4 Things

Martins Licis Diet and Fitness Regimen Will Leave You In Awe