Will "Blackout" follow "Isolation's" legacy or will it fade into obscurity like other games in the franchise? 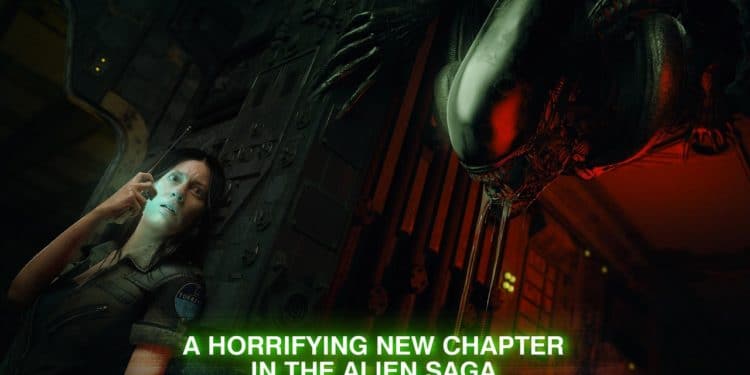 Creative Assembly’s “Alien: Isolation” was that rare video game that supposedly saved a franchise from demise. The flood of “Alien” video games based on the Ridley Scott universe had been getting a bad rap for un-immersive experiences. “Alien: Isolation” made the Xenomorph scary again after multiple installments like “Aliens: Colonial Marines,” which simply treated them as pests that could be gunned down.

A year since 20th Century Fox filed a trademark application for the title “Alien: Blackout,” the details of the unknown next video game in the franchise have finally been revealed. D3 Go – a mobile game developer with games like the “Puzzle Quest” series for both Marvel and “Magic: The Gathering” under its belt – will be in charge of bringing “Alien: Blackout” to life soon on mobile devices.

If you’re on the edge of your seat, straddling the line between excitement and utter contempt for what “Alien: Blackout” could turn out to be when it gets released, this article is for you. Below are a few points to keep in mind as more details of the game get released in the future.

“Alien: Blackout” is going to be a mobile game.

“Alien: Blackout” will be the first video game from the “Alien” franchise since “Alien: Isolation” was released in 2014. While the four-year drought of “Alien” video games is thankfully over, the fact that “Alien: Blackout” is a mobile game may seem underwhelming. As gamers, we’ve been conditioned to expect casual fun and short-attention spans to be the main focus of mobile games.

While mobile games have had a reputation as casual fare, recent years have proven that mobile devices are also the domain of particularly good video games. Any frequent browser of the Google Play Store will be able to tell you that a full port of the BioWare classic “Star Wars: Knights of the Old Republic,” playable on modern mobile devices, and games like “Infinity Blade” are serious mobile gaming fare.

Unfortunately, what is untested is how easily a horror game can translate into a mobile format that’s not one of the “choose your own adventure” kinds of setups that most games have taken on. What’s clear is that D3 Go is promising more than a simple corridor horror game like “Soma” as it pledges gameplay which also involves managing the survival of Amanda Ripley’s crew. With “Alien: Blackout” promising particularly good graphics, how exactly it willtranslate horror and tension through a mobile setup is still a mystery and should be followed closely.

The story will focus on Amanda Ripley. Again.

Amanda Ripley’s return is both good and bad for players who have experienced “Alien: Isolation.” With her being a familiar character, it would be easy for players to once again connect with Amanda as she re-encounters the Xenomorphs in “Alien: Blackout.” On the other hand, the fact that Amanda Ripley has already encountered Xenomorphs means that the prospect of dealing with them does not sound as scary anymore.

While Amanda Ripley’s return might not significantly affect how good or bad “Alien: Blackout’s” gameplay will turn out, her reappearance as the game’s main character could work against the horror elements of the game. A great example would be the drastic difference between the horror tone of the original “Alien” movie and Ellen Ripley’s action-packed return in “Aliens.”

How exactly Amanda Ripley’s encounter with the Xenomorphs will play out in “Alien: Blackout” will be an important factor in considering how the game will scare prospective players.

The “Alien: Blackout” interface will play an important role.

One of the few details shared by D3 Go is a screenshot of “Alien: Blackout’s” command interface. Part of the game’s promise is that players will feel the tension of being hunted down by the Xenomorphs from behind a screen as they coordinate the escape and survival of Amanda Ripley’s crew. A simple interface to remote tell people to sneak, stop, or not hide doesn’t seem fun if taken at face value, but D3 Go may have a solution to ramp up the tension for “Alien: Blackout.”

One of the biggest clues as to how D3 Go aims to achieve this is another screenshot, which shows the Xenomorph approaching the view of what appears to be the character holding a device with the command interface on the screen. Tension will be definite if Amanda Ripley is forced to participate in both a cat-and-mouse game against the Xenomorph and ensuring the rest of the crew survive the hunt. But if changing between controlling Ripley and managing the rest of the ship’s crew is a clunky experience, it could destroy the atmosphere of fear and horror that “Alien: Blackout” is aiming for.

As a fan of horror games and the “Alien” franchise, I’m first in line to hope that “Alien: Blackout” succeeds as an authentic “Alien” horror experience when it’s released. For now, all we can do is keep our fingers crossed that “Alien: Blackout” can tide us over with a satisfying experience while we wait for another rumored “Alien” game to come out of the woodwork soon.