A modern take on the franchise stays true to its roots. 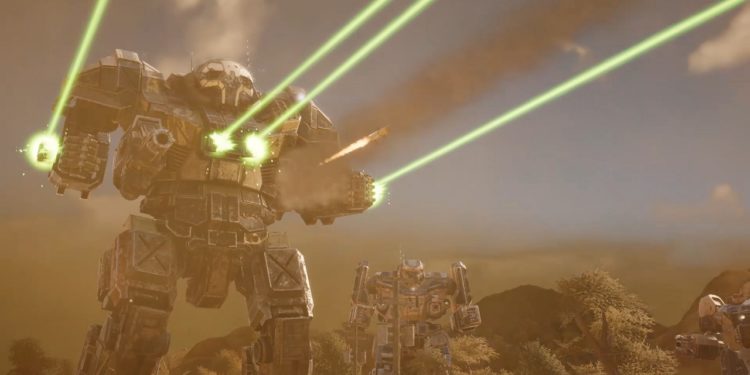 “BattleTech” is a franchise that has managed to stay alive for more than three decades despite its depth and complexity. The franchise’s lore – filled with stories of huge robots, called battlemechs, fighting each other on distant planets – spans hundreds of novels and background material and rivals the pre-Disney era “Star Wars” expanded universe.

“BattleTech’s” longevity was achieved on the foundation of the classic tabletop game, an experience involving the need to go through stacks of rulebooks and pages of documents called Technical Readouts (TROs), and bean counting the different conditions and bonuses for each action a mech takes on the battlefield. At face value, the “BattleTech” tabletop experience is not for everyone, which is why many gamers are more aware of its first-person shooting offshoots such as the “MechWarrior” series of games and its popular massive online multi-player version, “MechWarrior: Online.”

But if you’re already a fan of either the tabletop game – both war gaming and role-playing systems – or “BattleTech’s” many first-person simulators, why should you even bother grabbing the latest “BattleTech” video game from Harebrained Schemes?

Because it’s one of the best strategy games of 2018

For the longest time, “Megamek” – a community-developed Java-based program that simulates the rules of the tabletop game – was the closest thing to a video game adaptation of the classic “BattleTech” experience for most fans.

Harebrained Schemes’ turn-based “BattleTech” strategy game may not be a faithful adaptation of the original tabletop wargame like “MegaMek” is, but it is the best video game synthesis of the franchise’s tabletop roots and modern gameplay mechanics. Purists may scoff at the perceived dumbing down of the tabletop game’s mechanics but the franchise’s future relies on fresh fans who can appreciate the origins of “BattleTech” through a familiar gameplay lens.

In addition to the modern gameplay mechanics, the latest “BattleTech” video game is more than just a strategy game with a brand slapped on it to pander to its current fan base for sales. Harebrained Schemes’ take on the beloved strategy game is not afraid to create its own lore about an unexplored section of the “BattleTech” universe.

Past games in the franchise were usually satisfied with just inserting a player character in the middle of the “BattleTech” lore’s greatest conflicts. The characters were playing second fiddle to all the machinations of the Inner Sphere’s shakers and movers. While the narrative of Harebrained Schemes’ “BattleTech” is still apocryphal, it is not afraid to take a step further by expounding on the conflicts and stories that happen beyond the mech-bay.

With a fully fleshed out supporting cast, a thrilling main plot that is heavily influenced by the players’ decisions on and off the battlefield, and a challenging combat system, “BattleTech” deserves to be called one of the best strategy games of 2018.

Why get with “BattleTech: Flashpoint?”

The limitations of game systems in the past made mechs with melee weapons such as the Hatchetman and the Axman an unseen force on the battlefields of the 31st Century. “BattleTech: Flashpoint” introduces one of these rarely seen fan favorites into a video game adaptation for the first time and that’s not something a fan should miss out on.

“BattleTech” is not the hottest eSports game on the market, nor is it the visceral triple-A production of games like the “Call of Duty” franchise. But if you’re a fan of the franchise, adding Harebrained Schemes’ “BattleTech” to your collection is a must just because it’s a solid strategy game that can hopefully turn into a series. The fact that it helps make sure that the franchise will be alive and well for another three decades is just the cherry on top.

What Is the Dubrow Diet, and Can It Really Help You Lose Weight?