CBS's police procedural has some gems amidst all its cliches. 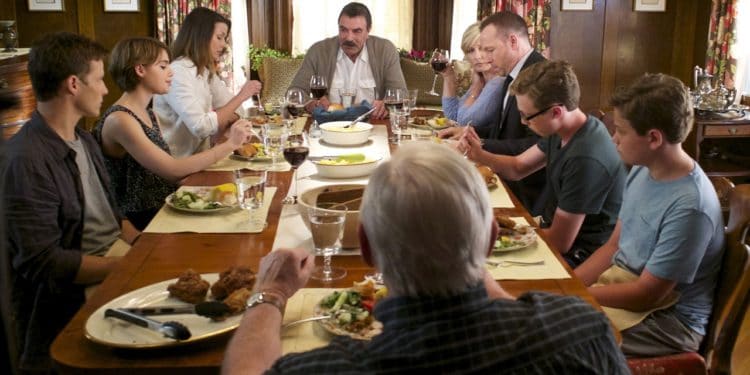 “Blue Bloods'” procedural nature may be a different experience for cop show fans more used to modern cop shows with a tight narrative across multiple episodes, but the show fails to disappoint where it matters.

Since “Blue Bloods” is not at the forefront of innovative television, why should you be putting this police series on your binge list over other cop shows in CBS’s stable like “Hawaii Five-O?” Because there’s nothing more wholesome than people sitting down at a table and talking about their differences, and “Blue Bloods” has this in spades.

A great example from the show’s more recent season is Jamie (Will Estes) and Eddie’s (Vanessa Ray) decision to stay partners on the beat even after getting engaged. Jamie and Eddie’s decision was a hot issue for Frank as the station’s Commissioner and Jamie’s father.

While the Reagan family did end up having multiple heated debates about the decision over the dinner table, Tom Selleck’s Frank still surprised viewers with a particularly wholesome scene during the story arc. In an office with some of his most trusted peers, Frank Reagan asks the people in the room what they think about two engaged cops continuing to stay partners on the beat.

Even in the face of his colleagues echoing his own concerns, Frank Reagan does not choose to nod along with the echo chamber. Frank takes a moment to challenge the views of the people he trusts and who share his perspectives so that he can better understand the decisions the people he loves are making.

Such wholesome moments are at the core of what “Blue Bloods” does best regardless of the other things where it doesn’t do as well. As much as “Blue Bloods” tends to glorify the men and women in uniform who may seemproblematic when juxtaposed with real-life issues regarding the police forces, every episode of “Blue Bloods” has a good lesson about how we should treat the people we love despite their differences.

When should you watch “Blue Bloods?”

If you’re looking for a feel-good show with some drama sprinkled about from time-to-time, “Blue Bloods” is the perfect show to binge on. The Reagan family’s ways and habits of dealing with and enjoying each other’s idiosyncrasies could cross out all the items on the checklist of habits for mentally fit people, and it’s worth it to invest time in the show just to appreciate those moments.

The Most Flattering Hair Colors to Try in 2019