Brie Larson shared her workout experience and how she prepared for "Captain Marvel." 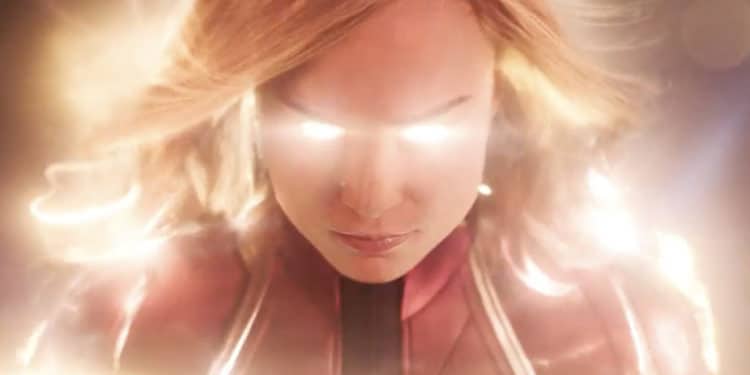 Oscar-winning actress Brie Larson will play the title role of the upcoming Marvel movie “Captain Marvel.” Given the physically challenging role, Larson made sure to prepare a lot for her character by incorporating killer workout routines.

Since a year ago, the actress has been sharing her tough workout routines on social media in preparation for her superhero title role. From weighted push-ups to 400-pound hip thrusts, it’s no wonder she has gained and inspired millions of followers.

If you have watched one of her routines, you would think it’s not easy at all. Real talk: It is really NOT easy. But not now for Larson, who shared in an interview that she was not a workout person prior to bagging the Captain Marvel role.

According to her, she preferred “working out” her brain by being a bookworm rather than getting it on at the gym. Her Captain Marvel workout gave her the chance to own her body. Larson also shared that thanks to her breakout movie role, it helped changed her perspective and understand her body and herself better.

Here are 5 different facts you can learn from Larson’s superhero workout routine.

1. Larson intensely trained for less than a year to prepare for the Captain Marvel role.

To prepare for her Captain Marvel role, Larson sought the help of Jason Walsh, one of Hollywood’s most sought-after celebrity trainers. He has trained celebrities including John Krasinski for “Tom Clancy’s Jack Ryan” and Emma Stone for “Battle of the Sexes.” According to Larson, it was a logical choice to choose someone professional in the field if she wanted to make her superhero role as believable as possible.

2. The actress focused on weightlifting during her training.

There is this ongoing misconception that weightlifting can make females unpleasantly bulky. But apparently, Larson did not believe that. In fact, she shared in one of her interviews that aside from maintaining her slim figure, she also gained body strength.

In one of her workout videos, Brie is cranking up her usual push-ups with additional pound chains around her waist. According to Walsh, they began with simple push-ups and then modified the workout once Larson accomplished one routine after another. She still follows her Captain Marvel workout routine.

ALISON BRIE LARSON is coming for ya ☠️☠️☠️☠️

Aside from weightlifting, Larson did plyometrics or box jumps as part of her Captain Marvel workout. Her trainer made her do box jumps above her hip height – more or less 3 feet. Through that training routine, she developed her form.

4. The actress adopted a diet to complement her rigorous training.

What I’m on vacation

Adopting a sensible diet should complement any training or exercise. After all, you need food to nourish your body every day – and you especially need it when you do draining workouts. It should not be any kind of food, though. In Larson’s case, she mostly consumed fat, protein, and other foods to provide her with energy throughout her workouts. These included white meat, non-starchy veggies, almond butter, fewer fruits, and lots of water.

5. The actress hung out with Air Force people as part of her training.

I got to learn from the best. Meet Brigadier General Jeannie Leavitt, 57th Wing Commander. I had the pleasure of spending time with her and many other badass, fascinating, and deeply hilarious pilots on a recent visit to Nellis Air Force Base in Nevada. Thank you for helping me get closer to core of Carol Danvers aka #CaptainMarvel. Thank you @marvel for bringing us together. Higher further faster more!

To make a role more convincing, a good actor should experience first-hand what his or her role would be like in real life. This is exactly what Larson did in preparation for her role as Captain Marvel. Back in early 2018, she posted a photo of her visit to an Air Force facility – complete with her customized jumpsuit – as part of her training. Although this particular task did not help transform her physique, it did make her look like a real Air Force pilot just like her role in the movie.

These are some of the most important things Larson did in preparation for “Captain Marvel.” Just like any actor assigned a specific role portrayal, she naturally did everything to look convincing on screen. After all, that’s what professional actors should do in the first place, even if it means changing their physique.

In the case of Brie Larson, she has kept her Captain Marvel workout even after her training period for the film. This proves that being healthy and fit should not be only for special occasions. Rather, it should be a lifetime commitment.

How to Achieve the Chic Hipster Style for Men