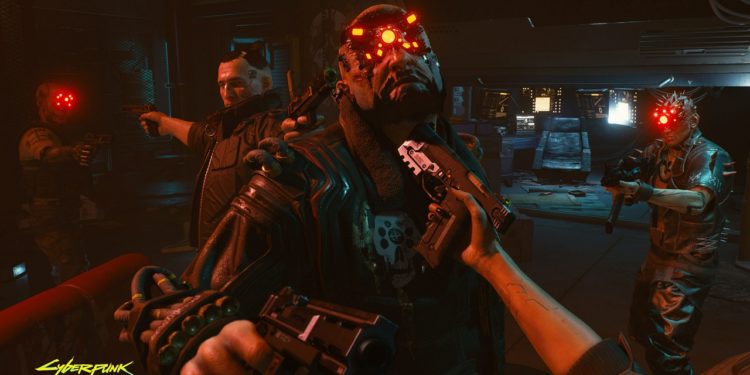 “Cyberpunk 2077” has been in the works for seven years, since it got announced back in 2012 , but the game still stands out as one of the few unique sc-fi titles of its niche despite the deluge of projects from other triple-A developers.

With “Cyberpunk 2077” promising a more varied experience than other sci-fi franchises in the market, we can’t help but lay out a wish list just in case CD Projekt decides to implement some fan suggestions.

“Cyberpunk 2077″ gameplay videos already showcase a lot of awesome tech that players can use to upgrade their character in-game. But why not go beyond “Cyberpunk 2077’s” transhumanism angle of just replacing body parts with tech and take things to another level?

Body switching could not only change the game’s combat dynamics but also introduce other ways to creatively play the game. Players can cultivate body clones with different appearances which they can use for specific jobs. Body switching can either allow them to go undercover if any of their other bodies have already gained notoriety, or use their most infamous body clone to intimidate their opponents.

As exciting as the base game being developed by CD Projekt already is, the option to mod the game is always a welcome feature. A game as expansive and ambitious as “Cyberpunk 2077” is just begging to get modded with extra features that go beyond even the developers’ imaginations.

Alternate skins, additional vanity items, and even UI redesigns from the community are just some of the possibilities that can hopefully be added to the game. Making “Cyberpunk 2077” mod-friendly adds the possibility of someone from the modding community contributing an unexpected alteration to the gaming experience for any owner of the game – a potential experience that any fan of the game shouldn’t miss.

Co-op is definitely not the highest priority on this wish list as “Cyberpunk 2077” is being packaged as a deep single-player story experience. But co-op multi-player could get squeezed into the game, sometime during development or even post-release.

The action showcased in the “Cyberpunk 2077” gameplay video just begs to be played with a friend. Taking out a street-punk gang’s hideout together, or even getting some cover-fire while you try to negotiate a back-alley deal that could go wrong at any time, could make playing “Cyberpunk 2077” with a friend look all the more exciting.

The most important point on this wish list is for the game to finally get released before 2019 ends. If CD Projekt and its publishing arm, CD Projekt RED, take even longer to release the final game, either someone could beat them to the punch, or the game could languish in obscurity – forgotten even before it ever gets released.

“Cyberpunk 2077’s” developers need to have this game out on the market as soon as possible while no other competitor is trying to achieve what they have showcased so far. If the rumors about a fourth quarter of 2019 release for “Cyberpunk 2077” are true, that’s potentially one item crossed out from this wish list.

The Skincare Routine for Men with Oily Skin