How DC’s ‘Titans’ Turned Itself Around

While some critics seem to be loving the new DC series, fans are still split about liking "Titans" 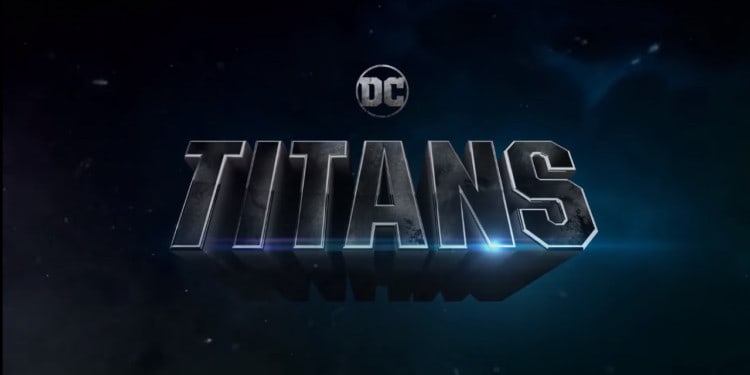 When “Titans” was officially unveiled to the world during the 2018 San Diego Comic Convention, the show’s potential audience was taken aback. Dick Grayson telling Batman to screw himself (using more adult words than I’m allowed to write) during the show’s first trailer met significant fan backlash. This was not how most fans expected their superheroes to act.

While a significant number of critics seem to be loving the new DC series, fans are still split about liking “Titans” and its promise of over-the-top violence and a gritty take on “Teen Titans” characters. Creating a live-action adaptation of the characters under DC’s “Teen Titans” franchise is not the easiest feat to accomplish. But DC’s latest Netflix-streaming series is not a “Teen Titans” adaptation, at least not in the literal sense.

Sure, it uses the same characters and is admittedly inspired by the popular comic and television series, but aside from Rachel Roth (Teagan Croft), none of “Titans'” regulars are currently teens. So what exactly does “Titans” uniquely bring for the DC series of shows?

‘Titans’ feels like it’s part of a bigger DC Universe

The CW’s “Arrow” and other beloved spinoffs – “The Flash” and “Legends of Tomorrow” – may have promised a sort of shared universe during the early days of the shows’ productions. While The CW’s productions are definitely enjoyable shows – aside from the occasional crossover episodes – the different series’ still feel like they happen in their own little corners. “Titans” has no problems with such limitations.

Bruce Wayne may not be the easiest thing to bring on screen right now considering “Titans'” focus on Grayson and company’s stories, but the show’s spades of characters from other corners of the DC universe make appearances without any issues. Both Hawk (Alan Ritchson) and Dove (Minka Kelly) make appearances as recurring characters while Donna Troy (Conor Leslie) aka Wonder Girl gets introduced into the series at some point as well.

The existence of “Titans” has even opened up the production of a spinoff for the show titled “Doom Patrol.” The spinoff includes the introduction of Cyborg (Joivan Wade), Elasti-Woman (April Bowlby), and Negative Man (Matthew Zuk), to name a few, some of whom have also appeared as guest stars in “Titans” themselves. The ease with which “Titans” is able to name-drop and integrate other DC characters into its world-building is something that other DC television series can hopefully achieve in the future.

It showcases DC’s take on some niche genres

While DC does have a lot of properties that span multiple genres, its more mainstream efforts are usually seen as simple superhero genre film projects rather than the varied experiences that they are. NBC’s first foray into one of DC’s horror genre properties – “Constantine” – was so unpopular with mainstream audiences that the show was cancelled after one season, with Matt Ryan relegated to a guest-starring role in The CW’s “Legends of Tomorrow.”

“Titans” takes DC’s penchant for making genre stories and mashes both the horror and police procedural drama as a lead-up to the superhero genre that the mainstream audience has been known to love over the years. While it may not be the perfect execution of such stories, it does set the groundwork for people to be more receptive of DC’s more niche storytelling areas.

Hopefully, with more exposure from shows like “Titans” and “Gotham,” DC properties like “Constantine” will find more success in the future without significant compromises to the character and his narrative flavor.

It’s not all bad

Cyborg’s casting in the “Doom Patrol” spinoff may seem like a missed opportunity to tie in the “Titans” series to the greater DC Universe of films. But with “Wonder Woman” and “Aquaman” being some of the few recent DC movies that have drawn significant positive attention in quite a while, the focus on making sure that DC’s television properties are good is very much appreciated.

It may not be spectacular (though the violence is really over the top at times) but DC’s “Titans” holds its own as a solid addition to the comic book company’s stable of live-action adaptations. While its grittiness does tend to grind at viewers from time to time, “Titans” can hopefully open the floodways for television audiences to be more open about how their superhero shows should be portrayed.