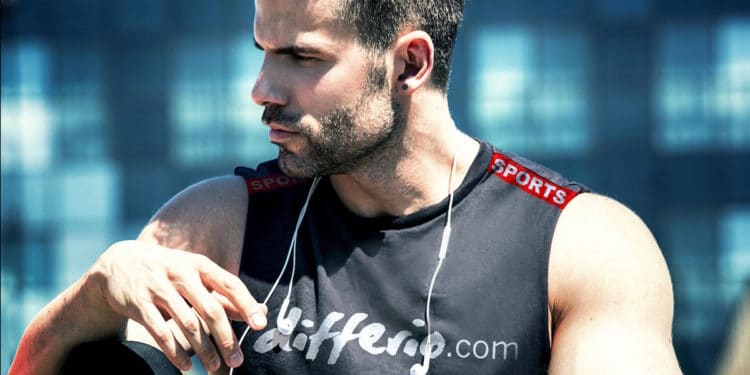 Differio is more than just an online retailer for men’s workout clothes. This is every guy’s go-to shop for men’s clothing online, selling a wide range of apparel, shoes, accessories, and grooming products. With a headquarters and warehouse based in New York City, they offer global shipping to over 50 countries and wholesale opportunities for boutiques and independent retailers. Ultimately, they’re making it known they’re here to make men’s fashion different, which is also their main marketing slogan – Fashion Different.

They’re saturating the menswear market from all angles, not just the men’s sportswear category. While they advocate edgy clothing that resonates with their brand, you’ll still find a cool balance of pieces catering to every fashion taste, from sporty to classic to gothic to military, all by independent designers.

A number of clothing retailers attempt to expand by selling large-scale brands, but Differio is constantly selling items from international brands that aren’t excessively sold in every other U.S. storefront. You could say they’re experts in finding up-and-coming items by independent brands around the world that aren’t widely available in the mass market.

With a keen eye for spotting viral trends, it’s not the first time they’ve pushed boundaries in menswear that eventually trickled into the mainstream market. One of them being men’s makeup, which is now being promoted in athleisure, popularly known by many as athleisure beauty or gym grooming.

Gym grooming is being popularized by the recent wave of millennials motivated to lead healthy lifestyles by working out and eating right. Even fashion and style influencers are advocates for this proactively healthy lifestyle by promoting wellness brands and sharing workout routines, commonly posting hashtags like “fitfam” and “fitspo” – protein smoothie in hand. After all, having a fit body is part of looking good and feeling confident, right?

Since their launch in 2014, Differio has catered to this trendy male market with men’s grooming products, like self-tanning mist, fat-cutting lotions, men’s waist trainers, dietary supplements, and even men’s makeup. In 2015, they were the first to launch UK-based MMUK Man’s line of makeup for men in the U.S., which is now completely sold out on their website. One year later, ASOS released the same makeup line, which shows the pace Differio is working at to create innovative concepts and make the first mark before anyone else.

The sportswear category is only expected to expand up to $231 billion by 2024, according to a research report by Global Industry Analysts, Inc. released on Markets Insider. It was also reported that this revenue is driven by an increasing number of people engaging in fitness, which is transforming gym clothing into “a highly popular style statement”.

Being fit and wearing the latest gym clothes is so on trend now, which is predominantly promoted by social media influencers. An athleisure survey on Multichannel Marketing revealed that 78% of millennials are most likely to buy products advertised on social media. In order to reach this customer base, a large social media presence is at the very least crucial for selling today’s trendy activewear.

Various retailers are only now seeking out fitness models and influencers to boost their brand image, like Asic’s latest collaboration with DJ Steve Aoki and Under Armour’s recent project with rapper A$AP Rocky. While Differio has always utilized a range of both fresh and well-known models across campaigns, they’re no strangers to promoting their brand with fitness models that have up to 300k followers on Instagram alone, like Seth Fornea and Matthew Pappadia.

Although men’s activewear isn’t the only category they’re pushing, Differio continues to grow in all fitness categories, from men’s fashion sneakers to men’s waist trainers. Their number of monthly organic visits continues to increase at approximately 23% per month, with efforts in analyzing search trends and utilizing search engine optimization.

More importantly, they’re improving their overall website ranking with a strategic plan to remain an original player against the competition, expanding with an average monthly sales growth of 25-30%. CEO, Jimmy Chrabieh, reported that their expansion strategy is to become the global retailer for trendy menswear that caters to a wide customer base. With the power to reach millions, Differio continues to drive men’s activewear and beyond to fashionably different heights.