Do Aggressive Drivers Cause More Accidents? 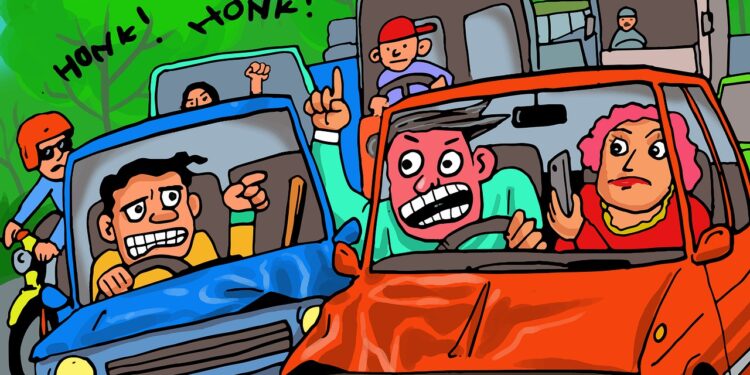 People who drive aggressively tend to speed. They ignore the speed limit and drive much faster than is recommended for the road. When cars break the speed limit, this can result in fatal high-impact crashes that lead to devastating amounts of property and physical damages.  There is a greater loss of vehicle control, reduced effectiveness of safety equipment, and an increased chance of severe injuries.

Aggressive drivers neglect traffic laws and might not signal when they switch lanes. They are often inconsiderate of drivers around them and may make fast and unpredictable lane changes that can surprise the drivers they pass. This can put drivers at risk of crashing because, if they are cut off, they might be unable to brake in time before a collision.

Passing Where Its Prohibited

Reckless drivers may also pass on parts of the road that aren’t designated for driving. They may drive on the road shoulder reserved for emergencies, illegally cross meridians, and drive on sidewalks. You may notice that when there is heavy traffic, an aggressive driver may drive in these regions to get past the vehicles in front of them. This type of behavior puts everyone on the road at risk.

When upset and agitated, aggressive drivers may sometimes roll down windows to argue or rudely signal to other drivers. They are known to participate in careless behavior, such as tailgating, brake checking, blocking vehicles from switching lanes, threatening violence, and other behavior that could lead to an accident.

Because aggressive drivers are frequently reckless, they often ignore traffic signs and don’t yield. They are known to ignore red lights and stop signs and don’t yield to other drivers. Because of this behavior, they increase the chance of a T-bone accident at an intersection.

If I Get Into An Accident With An Aggressive Driver, Can I Hold Them Liable For My Damages?

In many circumstances, when you are following traffic laws and the other party acted neglectfully, then you may be owed compensation for your damages. You can include economic and non-economic damages, such as wage loss, medical bills, property damage, or pain and suffering in your personal injury claim. You will need to get your case reviewed by a knowledgeable lawyer before you file a personal injury claim.

What Should I Do If I Experienced An Accident Caused By An Aggressive Driver?

If you’ve been in an accident because of an aggressive driver’s negligent actions, it is time to speak to a personal injury attorney. Car accident lawyers know all the traffic regulations and can find out if an aggressive driver broke them and caused the accident that injured you. To find out if you are eligible for a settlement, contact a knowledgeable attorney today to learn more about the process.

Slowing Down the Progression of Osteoarthritis in Each Stage

Tony Curtis is one of the most famous comedic actors of all time. He was a member of the cast...