Gallstone Diet – What Foods to Eat to Prevent Gallstones 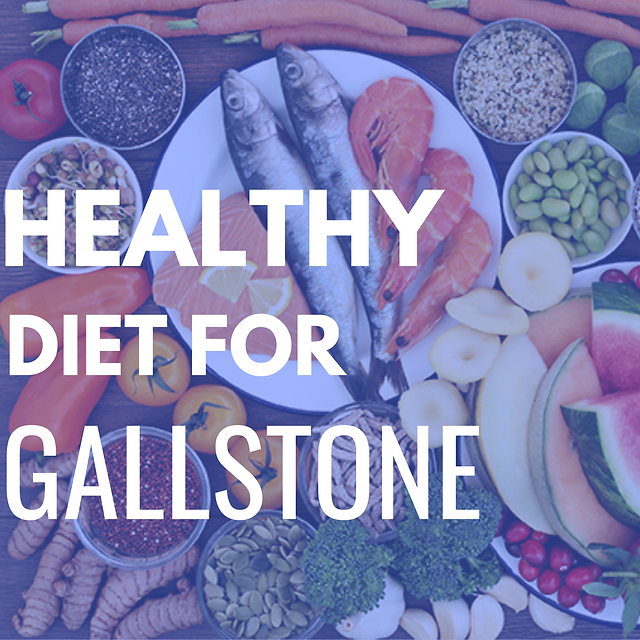 If you are a Gallstone patient, you may be wondering which foods to eat to prevent and reduce the formation of gallstones. While there is no specific food that is responsible for gallstone formation, it is important to limit saturated fat and eat lots of fruits and vegetables. Eating plenty of fiber is another key element to a healthy diet.

Increasing the amount of polyunsaturated and monounsaturated fats in your diet can lower your risk for gallstones. This is supported by animal and human studies. In a recent study, researchers examined the dietary patterns of 45,756 men from the Health Professionals Follow-up Study to determine the relationship between the amount of unsaturated fats and gallstone risk.

Cutting down on sugar and alcohol in the diet may also help reduce the risk of gallstones. Alcohol can dehydrate the body, rendering it waterless and therefore can contribute to gallstone formation. However, it’s best to drink alcohol in moderation to keep yourself hydrated and prevent gallstones from forming. In addition, eating meals with plenty of fiber can help lower cholesterol and prevent gallstone formation. Whole grains, such as oatmeal, are high in fiber and can help flush out excess cholesterol.

Monosaturated fats are also helpful in preventing gallstones. They are found in fish, poultry, and dairy products. Consuming more of these fats is also important, as a diet rich in omega-3 fatty acids may reduce the risk of gallstones.

A new study suggests that drinking four cups of coffee each day can reduce the risk of gallstones in women. However, the authors of the study do not recommend drinking coffee as a gallstone diet. The study was conducted by Dr. Michael F. Leitzmann, an investigator at the National Cancer Institute and the Harvard Medical School.

The study showed that coffee drinking reduced the risk of developing gallstones by 23 percent. However, it did not show a strong relationship between coffee consumption and symptomatic gallbladder disease. The researchers analyzed blood donors in Germany and Italy. The findings were similar. However, the Italian study included women and men.

Caffeine can help prevent gallstones by stimulating gallbladder contractions. Moreover, caffeine reduces the amount of cholesterol in bile. However, the effects of caffeine on gallstones are not entirely clear. In one study, men who consume coffee were less likely to suffer from gallstones. This suggests that coffee and other caffeine-containing beverages may not be as helpful for gallstone prevention as previously believed.

While coffee may prevent gallstones, it should not be consumed in excess. Too much coffee may cause other health problems like nervousness, increased heart rate and insomnia. Therefore, coffee consumption should be under the guidance of a medical practitioner. If you suspect you might have gallstones, visit a Pristyn Care clinic to get proper diagnosis and treatment. Coffee consumption can also contribute to the worsening of the symptoms of gallbladder inflammation.

Vegetables contain a large amount of vitamin C, which helps keep your gallbladder in top condition. This helps prevent acid reflux, gas, and abdominal pain. These foods are also low in cholesterol and high in fiber. In addition, they are high in magnesium. A half-cup serving of spinach contains nearly 20 percent of your daily recommended intake of magnesium.

Studies suggest that reducing saturated fat and increasing fibre intake will help prevent gallstones. These studies include more than two hundred thousand people and found that those who consumed more fibre had lower gallstones than those who did not consume enough fibre. The study also found that coffee and tea intake decreased the risk of gallstones. However, caffeine is still high in some foods, so limiting these beverages before bedtime is recommended.

The Basics of the Soup Diet

Is the Special K Diet For You?

Gallstone Diet – What Foods to Eat to Prevent Gallstones