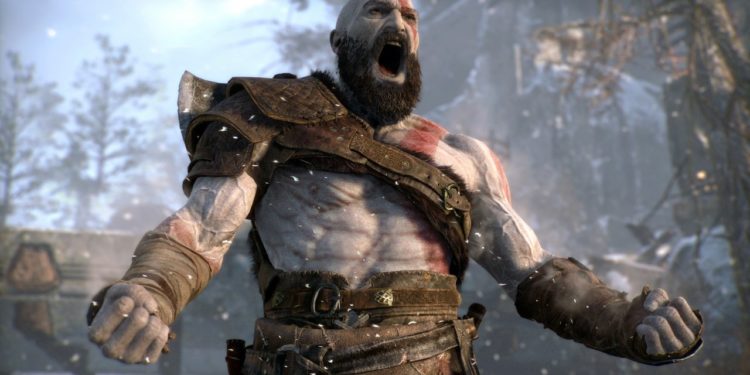 When you think of pretty much any major entertainment franchise, be it a movie, tv-show or video game, with it we often see a variation of the romantic interest driving the story. Our hero (usually male) is put in some sort of predicament to: Save the girl, Impress the girl, get the girl to fall for him, stop the girl from doing the bad thing, the list goes on and on, almost always culminating in some romantic payoff in one way or another.

Few things more accurately illustrate this change than the extremely popular and very male centric video game industry, often supplying you, as the customer, with the ultimate male power fantasy. Not only do you beat up any and all bad guys that might come your way, but without fail, you get the girl.

The industry notoriously focuses on these fantasies, as they are designed for their demographic, young men. But what happens when these men grow up, get the girl (or in some cases don’t even want her in the first place) and start families to love and care for?

At some point, many writers in the industry realized that our fantasies had changed, and nothing more plainly illustrates this shift in my eyes than the most recently released entry in the extremely popular “God of War” franchise.

Debuting in 2005, the game follows protagonist Kratos on a quest of vengeance to systematically slaughter everything in sight as pay back for something that was actually sort of his fault anyway. Each of the locations, enemies, and even Kratos himself are based strongly on greek mythology, allowing you to rip and tear your way through popular names like Zeus, Poseidon, Hades; the list goes on.

I won’t get into the gory (literally) details, but the story of Kratos and his vengeance goes on for over 4 entries in the series, each of them featuring cleverly censored interactive sex scenes and extreme violence as means to ridiculously selfish aims. Each game featuring either a numbered title (God of War 2 and God of War 3) or some equally vague subtitle (God of War: Ascension and God of War: Ghost of Sparda). It’s been a while since the last entry in the franchise, but as of April 20th of this year, we see the world and character return in a very different light. 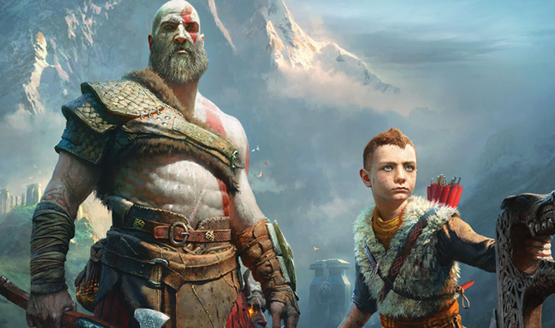 In this newest release, deftly titled “God of War” (the same simple title as the original release 13 years ago in “God of War 2005”) we see an extremely different, neigh unrecognizable Kratos. He’s an older, Bearded, grizzly man living secluded in the middle of the woods mourning a recently deceased wife we’ve never met. Most importantly however, he’s a father. Thus the aforementioned “Daddening” begins.

Suddenly the dynamic of such a character is changed absolutely. We know instantaneously that we won’t be seeing the vengeful psychopath tearing through men and monsters alike and the reason for this change is illustrated with beautiful simplicity. We’re told this is a new, more mature character with difficulties and responsibilities we recognize in our own lives, albeit strong enough to lift an entire tree with ease.

Even more interestingly, the character’s son, Atreus, is presented to us in the form of a core gameplay mechanic. You are with your son for the entirety of this adventure, exploring and upgrading yourself and the boy. He isn’t written away as a backdrop or some tragic excuse for your character to get back to the ripping and tearing, you have to rip and tear with the boy present. The action in the game surrounds the two of you, learning from each other and getting each other out of messes.

The same character we watched murder things without remorse for 7 to 9 hours at a time is now found desperately trying to communicate with his son (often failing) and struggling to keep the worse aspects of the world a secret to him. He struggles with finding the balance between allowing the boy the room to grow into his own and protecting him from a world he knows is violent and terrifying.

The Medium is Maturing 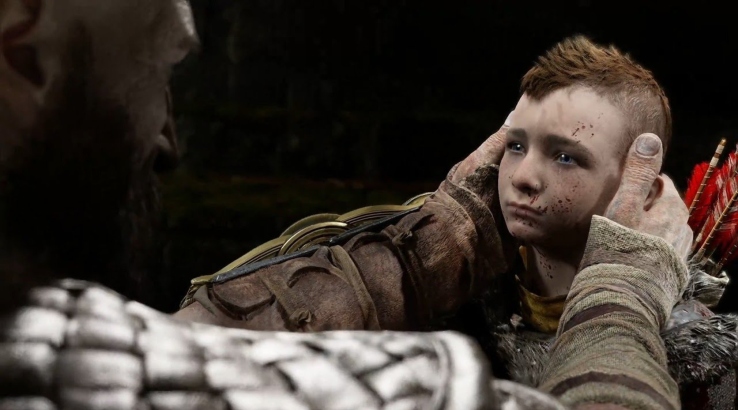 We see this across various titles being released lately, not just God of War. Popular titles such as Naughty Dog studios title “The Last of Us” employ a similarly fatherly adventure where the main drive of the story is protecting a surrogate for the main character’s daughter. God of War is being received extremely well, and the drastic change in the narrative of this character is responsible in no small part.

This tells us that our young men the industry has been targeting for so long are maturing, and with our new found life and responsibilities come new fantasies, hopes and dreams. While the fantasy of winning the girl will always be available to those who want it, there are a great many of us whose new fantasies revolve around finding the strength to suppress our baser instincts, heroically finding the balance between our own baser nature and nurture.

It will be fascinating to take a look at similar changes in our media as our audience changes even more over time, teaching us new lessons and creating new kinds of role models to look up to.
Because at some point, it will be time to put down the weapons, cease all the mindless chasing of our selfish goals, and consider the mark we really want to leave behind. If Kratos can stop being the immature and often embarrassingly selfish rage monster to do right by his wife’s memory by raising their son to be strong, open and capable, then maybe we all can too.