Should You Watch ‘Gotham’s’ Final Season?

Is it too late to get into FOX's "Batman" spin-off series? 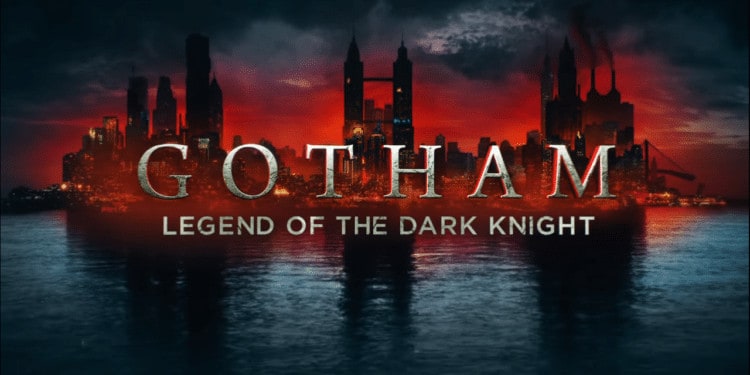 What initially started out as a James Gordon (Ben McKenzie) series focusing on the soon-to-be commissioner’s experiences as a new recruit of the GCPD has evolved into four seasons of a rogue’s gallery of Batman villains. Despite drifting away from James Gordon’s story across four seasons, FOX’s take on Gotham city has garnered a solid fan base over the years.

With “Gotham’s” final season kicking off last week, you may be wondering if now is the right time to jump into the series and finish it along with the rest of the fans.

What the critics say

Entertainment Weekly loves “Gotham’s” final season. The publication cites the intersection of “Gotham’s” seriousness and zaniness as the reason for the show’s exciting appeal and how the first few episodes of “Gotham’s” season 5 are jam-packed with exactly such material.

The A.V. Club hates it, citing how the show is treading on rehashed cliches of seasons past as well as dreading the mood whiplash that the show has suffered for so long due to its “comic book meets police serial” premise. While the publication stands as one of the few that hold the unpopular opinion about “Gotham’s” final season, there is some merit in The A.V. Club’s concerns.

What can be expected

If you’re a fan of the series, you may already be familiar with the fact that “Gotham” has had problems with the tone of its story-telling, as The A.V. Club points out. But those who stuck with the series up until “Gotham” season 5 know and understand that underneath the mood whiplash is a narrative about origin stories that either excites you or bores you away from the series.

If you have yet to see the series and think seeing a different take on Bruce Wayne’s (David Mazouz) origin story is an interesting way to fill up your series-binging schedule, “Gotham’s” final season may be worth diving into. After educating yourself with the show’s first few seasons first, of course.

One of the few curve balls that you can expect from “Gotham” season 5 is a lower episode count for its final season. With 12 episodes left before “Gotham’s” finale, fans – potential and current – of “Gotham” can expect a tighter narrative in comparison to the drawn-out “villain spotlight” of the earlier seasons. If handled well, this could be a satisfying end to “Gotham,” a series constantly on the edge of beating multiple dead horses of superhero television cliches.

If you’re still not jaded by the show’s origin story angle, “Gotham’s” final season promises to tie up the series in its own unique way, which could open up other opportunities. If “Gotham’s” final season does end marvelously, fans of the caped crusader may find a modern “Batman” live-action adaptation for television, which is always a welcome possibility.

While a majority of reviewers are raving about “Gotham’s” final season, fans of the characters from DC Comics’ greatest detective franchise who have yet to watch the show may want to take a deep breath before jumping in.

For those who have already seen a significant amount of material from “Gotham’s” earlier seasons, the verdict is simple. If you’ve enjoyed “Gotham’s” evolution from a comic book-inspired police serial to a villain-of-the-week feature with comic book camp and drama in spades, “Gotham” season 5 is your perfect send-off for the series.

If you think the whiplash between all the drama and comic zaniness is too much for you to handle – and you think a “Gotham on lockdown” is old news – you’re probably better off watching another superhero series like The CW’s “Flash” and “Arrow,” or even binging on movies from DC Comics’ largest competitor, Marvel .

How to Achieve the Chic Hipster Style for Men