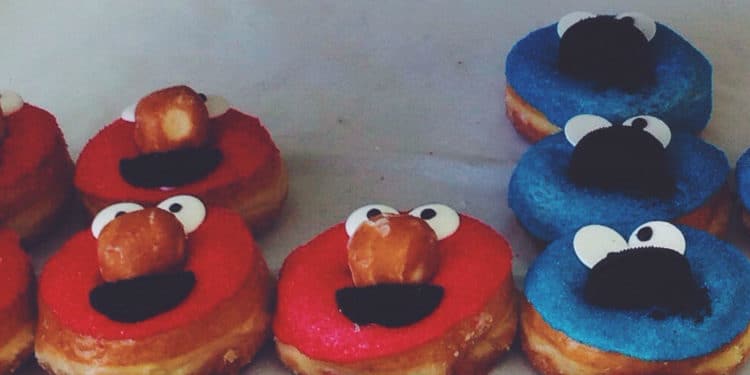 Are you the type of guy who devours junk food without a second thought because you’re satisfied with how your body looks?

It’s time to reassess the impact of your diet…

You may be in a great physical shape, but a number of studies have proven that a poor diet can have devastating effects on your happiness and overall mental health.

If you’re prone to mood swings, a lack of motivation or memory loss, it could well be down to the food you put in your body.

Below, we explore the horrific impact that sugary or processed foods can have on your brain.

The link between sugary foods and depression

If your diet consists solely of junk food, it’s likely you’re depriving your body of essential nutrients, vitamins and amino acids – the lack of which are commonly cited as factors for depression.

The problem runs far deeper though…

Many studies have indicated that the consumption of sugary foods can change the chemical activity in the brain, making it more dependent on such foods.

One notable piece of research, conducted at the University of Montreal on mice, showed that they suffered withdrawal symptoms after their regular junk food diet was discontinued. In humans, these withdrawal symptoms can lead to the inability to deal with stress, making them more prone to feelings of depression.

Often, the low moods which stem from a poor diet can create additional cravings for the dopamine highs caused by sugar and junk food (otherwise known as comfort eating). As such, it’s to fall into a vicious cycle that can be difficult to pull yourself out of.

A failure to escape this comfort eating cycle is often cited among causes of severe obesity, which itself can increase feelings of helplessness, apathy and poor self-esteem.

The link between junk food and memory loss

Junk food may not only be responsible for our bad moods. Studies suggest it could also be damaging our ability to think, recall and create memories.

In arguably one of the scariest discoveries associated with the consumption of junk food, researchers at Brown University concluded that fatty and sugary foods can increase the body’s insulin levels to the point that our brain stops responding to insulin altogether.

Insulin plays a key role in carrying the signals to nerve cells in the brain that forms memories. If the brain begins to resist it, it naturally increases the risk of memory problems or severe mental illnesses such as dementia.

Other studies have linked a poor diet to an increased risk of inflammation in the hippocampus, which is the area of the brain associated with memory and special recognition.

What’s more, a poor diet can have a quicker impact on our brains than you might imagine. A study published in the American Journal of Clinical Nutrition in 2011 showed that healthy people who ate junk food for only five days performed poorer on cognitive tests that measured attention, speed, memory and mood.

Dr Mark Hyman, one of the world’s leading nutritionists, believes that an improved diet can often be a more effective solution to depression than any medical solution.

His famous book The Ultra-Mind Solution contains a wealth of evidence backing this argument, as well as expert advice to help you eat your way to a healthy mind.

Dr Hyman, and many other nutritionists involved in the studies cited above, suggest limiting food and drinks that are high in sugar.

That’s not just soft drinks and sweet-tasting desserts, but also the refined sugars found in high-carb foods such as french fries, white bread, pastries and potato chips. Banishing processed meats and cheeses from your plate is also highly recommended.

If you can replace these with fruits, vegetables, lean meats and any foods that are high in fibre, you’ll be well on your way to a healthier mind.

5 Surprising Ways That Exercise Can Improve Your Self-Esteem