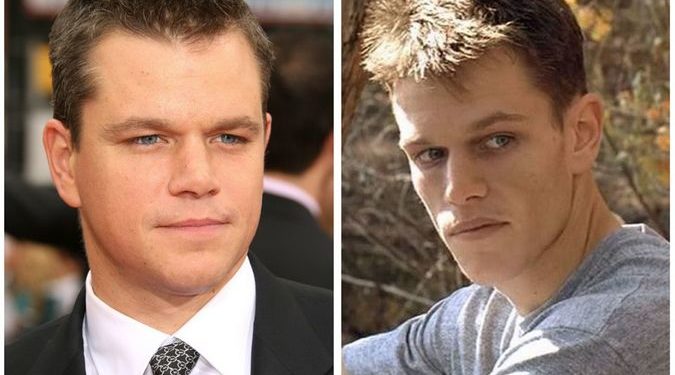 No one ever said that losing weight was easy, but when Matt Damon was told he needed to lose a few pounds for a role, he went above and beyond the call of duty.

For his role as a soldier turned heroin addict in 1995’s Courage Under Fire, film producers asked Damon to shed roughly sixty pounds in a matter of months according to the actor’s Reddit AMA. “I had to run about 13 miles a day, which wasn’t even the hard part. The hard part was the diet,” he told readers. “All I ate was chicken breast. It’s not like I had a chef or anything, I just made it up and did what I thought I had to do. I just made it up, and that was incredibly challenging.”

The only chicken diet was by no means healthy and ended up causing significant damage to his body. He had to take medication for more than a year after the filming to repair the damage done to his adrenal gland and had dangerous heart damage.

“A doctor told me later I could have shrunk my heart permanently,” he previously told The Sun. “It didn’t do me any good.” He was also diagnosed with deregulated blood sugar, and it took more than two years for his body to return to its normal state completely.

“In theory, only eating chicken breasts that equate to a caloric deficit will help you lose weight,” Jordan Mazur, M.S., R.D., the Coordinator of Nutrition for the San Francisco 49ers, told MSN. “But you’re missing out on many other important nutrients your body needs to function and thrive.”

Mazur went on to describe the deficit that can come about because of an only-chicken diet, telling reporters that a typical chicken breast has only around 160-200 calories, 30-35g of protein, and very little fat.

Because of this, it is important to balance out your diet and add in additional kinds of food to help fill in the gaps.

If you don’t get “all of the macro and micronutrients, your body needs” he says “it will catch up to you, and in the long run your health issues will ‘outweigh’ your weight loss.”

“That was the most physically challenging did I’ve ever had to do in my life. I weigh probably 190 pounds right now, and I weighed 139 in that movie, and that is not a natural weight for me and not a happy weight for me even when I was 25,” Damon said during the AMA.

It paid off, but he wouldn’t do it again

Despite the difficulty and the tremendous amount of stress, the rigid diet put the film star under, Rolling Stone Magazine believes that the effort paid off. “Director Francis Ford Coppola was so impressed by Damon’s method acting that he offered him the lead role in 1997’s The Rainmaker, considered to be a breakout role for the star,” it says, showing that the hard work and dedication did at least reap some rewards.

Still, however, Damon says that he learned his lesson, and when he had to cut weight for his role as Jason Bourne, he took a much more balanced approach.

Tossing the strictly chicken breast diet aside, he opted instead for a low-carb diet that had vegetables take center stage. During that time, he often chose broccoli or else went for a salad with chicken, egg whites, or steak.

And his workout routine has improved too. Rather than simply running for thirteen miles every day, Damon made use of a professional trainer who oversaw two ninety minute high-intensity gym sessions every day for ten weeks.

Of course, this might not have had the effect he was looking for to get that worn out junkie look we saw in Courage Under Fire.

Thanks to the new routine, Damon was able to build up significant amounts of muscle mass, giving him that chiseled aesthetic that we are all familiar with from the Bourne franchise.

13 Questions to Ask Before Getting Married