John Cena: From WWE to the ‘Teenage Mutant Ninja Turtles’ 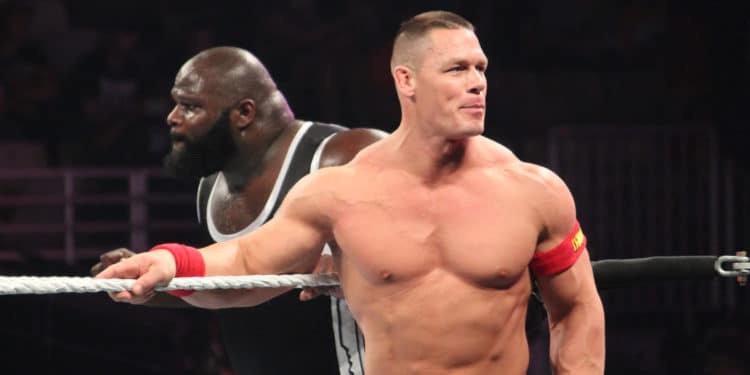 When it comes to John Cena, many people know him for his wrestling career with the WWE. However, while he might still be a big part of the WWE in many ways, he has also been working to expand his career into acting and rapping. Fans of Cena know that the actor has had parts in projects such as Trainwreck, Daddy’s Home, and even the animated movie Ferdinand.

Now in his latest role, it seems that John Cena is getting the chance to make one of his childhood dreams come true as he has landed a part in the upcoming animated Nickelodeon series, Rise of the Teenage Mutant Ninja Turtles. As Eyewitness News reported, it seems that while John Cena might have played good guys in his previous roles, this time around he will be helping to bring to life one of the series’ villains.

As part of his upcoming work with the Teenage Mutant Ninja Turtles, Cena will be lending his voice to a bad guy, and it is a role that he is genuinely looking forward to. According to the wrestler-turned-actor, having the chance to voice characters is something that he has found himself falling love with, especially after having the opportunity to work on Ferdinand. John Cena said that for him there is just something “magical” about having the chance to watch as an animator works to meld your voice with the character.

When it comes to being a part of the new Teenage Mutant Ninja Turtles series, Cena said that this is going to be “especially fun” for him because it is something new. This time around, he is getting the chance to be the bad guy, which is not something he is known for. The actor shared that he was drawn to this particular character, as not only is it part of an iconic series, but it is also an entirely new experience for him as well.

John Cena revealed that the character he will be playing is someone brand new to the Teenage Mutant Ninja Turtles universe. The character’s name is Baron Draxum, and he will be a new version of a main villain from the original Turtles world.

The excitement can NOT be contained!

It’s official: It’s slime season and I’m back to host the @Nickelodeon Kids’ Choice Awards for a second time on March 24 at 8pm/7c! #KCA pic.twitter.com/AiCYSYeL1z

Not only has the entire world been redesigned for this new series, but it turns out that John Cena did more than just voice his character. He also helped to shape the evolution of Baron Draxum on-screen. Early on in the project’s development, it seems that Cena was shown the artwork for his character. This led to the artists and himself talking about the finer details and the different nuances that would help to bring Baron Draxum to life on the screen. After working together closely, it seems that John Cena is happy with the outcome and he is looking forward to people getting to see this new series. The way Cena sees things this is a chance to have fans of the original Teenage Mutant Ninja Turtles fall in love all over again.

While John Cena’s Baron Draxum might be a villain, the actor still thinks fans will appreciate the character. In fact, according to the actor, while Baron might be a bad guy in the series, he still seems to have only the best of intentions. This is a character who believes in what he is doing, even if the way he perceives the world leads to him doing things in a bad way. While John Cena admitted that all of the villains have what he feels is a “shred of truth” to them, they are also still mutants themselves.

As a whole, John Cena believes that fans are going to enjoy this new series and the characters. He said that some of the funnier moments would undoubtedly stem from interactions between the turtles and Baron Draxum, because of their very different personalities. While the turtles are very whimsical and even charming, Baron is a much more logical individual, which will lead to some fascinating interactions between them all.

Fans of John Cena will get the chance to hear him voice Baron Draxum in Rise of the Teenage Mutant Ninja Turtles when it hits Nickelodeon later this year. In the meantime, there is still his work with the WWE to enjoy, as well as his movie roles and his upcoming hosting gig for the Kids’ Choice Awards.

Signs That Tell You She’s The One

John Cena: From WWE to the ‘Teenage Mutant Ninja Turtles’