What Is Former WWE Star Kairi Sane Up To Now?

If you loved watching WWE Japanese superstar Kairi Sane in the ring, you might be wondering what she's up to now. We've got answers. 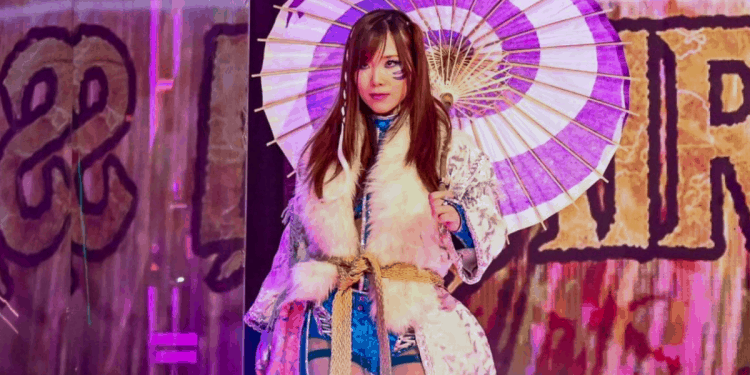 Kairi Sane seemed to be through with WWE a few months ago. After defeating her in a non-title match the week before, she was written off TV with a vicious assault from then-Smackdown Women’s Champion Bayley. The last time Sane wrestled was back in July of 2020.

Since then, Sane has become a brand ambassador for WWE in Japan, assisting the company in expanding its presence in the country. She is already under contract with WWE, and her attempt to return to the ring in Japan was recently thwarted. After preparing for a photoshoot, it’s possible that Kairi Sane will return to the ring at the Royal Rumble.

Kairi Sane Is Far from Done

Although a full-time run in WWE might be out of the question at this time, Kairi Sane has returned to Japan to be with her husband. You can’t rule out the chance of any special appearances. That is why events like the Royal Rumble are so common. Fans would be ecstatic if Kairi Sane’s music is played at the event, and her reputation as a former NXT Women’s Champion makes her a possible winner as well.

Kairi Sane’s willingness to wrestle in Japan and subsequent ban reveals that she isn’t done with her in-ring career, but she is unable to do so while under contract. WWE could use that to entice her back for a few more matches, and hosting WrestleMania in a pirate-themed arena just adds to the fun.

If WWE reintroduces Kairi Sane to the ring at Royal Rumble and she wins? This sets up a possible WrestleMania dream match. Asuka, her former Kabuki Warriors tag team partner, is the RAW Women’s Champion at the moment. They’ve never competed in a one-on-one match in their careers, having worked in various promotions in Japan and as tag team partners in WWE.

For many fans, a match between Asuka and Sane at WrestleMania will be a big one, as they’ve been waiting for this for years. With a simple tale of friends turned rivals right there, it’s a match that deserves a major stage like WrestleMania. Also, c’mon! WrestleMania’s arena is built like a pirate ship, and Kairi Sane is the Pirate Princess! It’s just fine in every way, with the only snag being the current challenge of international travel.

How Often Should You Do AMRAP Sets in The Gym?