Bail bondsman, bounty hunter, and actor Leland Chapman is a very busy man. Find out how he trains to stay fit while in between shooting and working. 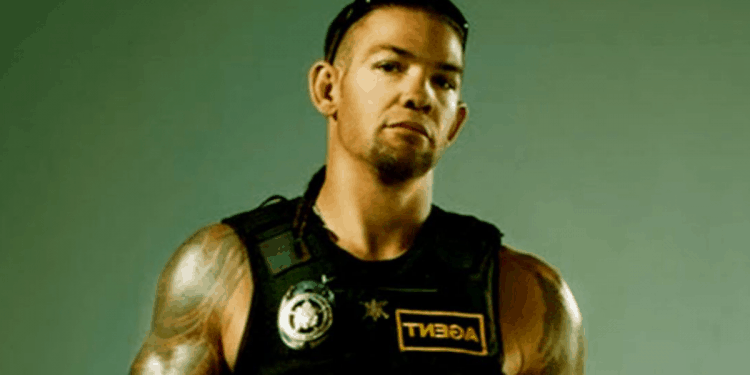 Leland B. Chapman isn’t the biggest dude on the planet. At 150 pounds, you’d think he’d have a hard time stopping anyone suspected of bail jumping. However, spend some time watching him on CMT’s Dog and Beth: On the Hunt and you’ll see that this Hawaiin native can hold his own against just about anyone.

Chapman grew up in boxing gyms, where he spent the majority of his time, keeping his arms and shoulders lean. However, he started conventional weight training with Hawaii-based trainer Mike Sapp a few years ago in order to build strength and height, both of which are important job skills for a bondsman.

There’s a lot of action this season; they are going after tougher guys and going to places they have never worked before. Since they are collaborating with other bondsmen to help them improve, the stakes have risen. They are going to risky locations like Detroit, Stockton (Calif.), and New Orleans in the hopes of making an impact.

There are court officers as well as street wardens. Unless proven guilty, everyone is presumed innocent. They are given the option of posting bail. However, posting bail is, by definition, a continuation of the initial detention.

You are also being kept in detention by the judge. They are attempting to ensure that these individuals appear in court and face the repercussions of their actions. If you fail to appear in court, they will become bounty hunters. It is their duty to take care of it.

He used to go to the boxing gym every day, but now he only goes twice a week. They will find a place to work out when they are on the road, and he, his father, and his son will go down there every morning.

This is a physically demanding job. It’s a hands-on experience. You must prepare for everything. If anyone flees, you must pursue them.

To keep on top of things, they engage in military training. If you’re going to work in this industry, you’ll need to practice in this manner. If you don’t, you’ll be outrun or get your arse slapped.

According to his trainer Mike Sapp, they just stuck to the basics because we wanted him to grow bigger and stronger. “It would only be simple dumbbell moves for mass and power, but we’d keep the tempo up. He didn’t get much sleep. I started training with Arnold in 1980 and prefer the old school approach, so we stuck to the basics.”

Why Keeping a Fitness Journal Is Important

The Pros and Cons of Shopping at The Flying Miata