Things You May Have Missed in ‘Mortal Engines’, Peter Jackson’s Latest Movie 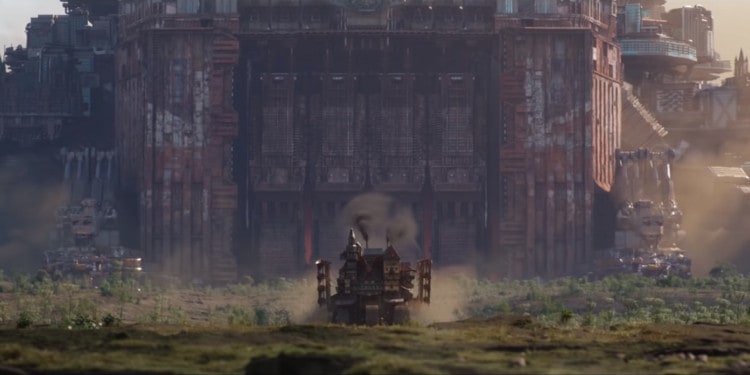 Peter Jackson’s name graces the halls of cinema once again with “Mortal Engines,” four years after his last movie from “The Hobbit” trilogy made it to theaters. With its different take on a post-apocalyptic society fueled by mobile cities preying on each other, “Mortal Engines” presents a unique film amidst the deluge of superhero movies common on the market these days.

Based on the young adult novel series of the same name by Philip Reeve, Jackson’s new movie was supposed to be the start of a new franchise that would capture people’s minds. Unfortunately, “Mortal Engines'”recent box office performance begs to differ, with a sequel for “Mortal Engines” highly unlikely.

Still, there are quite a number of interesting details hidden in “Mortal Engines” care of the attention to detail that most of Jackson’s works usually exhibit. Below are some of those that could have evaded your perception if you’ve only seen the movie once.

The Minions make an appearance

Philip Reeve’s humor was fortunately one of the things that made it to the big screen somewhat intact. One of the key sequences in the original “Mortal Engines” book is a quaint scene that mentions deities of ancient America being part of a museum exhibit.

While the books were specifically referring to Mickey Mouse, Jackson’s “Mortal Engines” was being produced by Universal Pictures. This meant that The Mouse would not be able to make a faithful cameo as an artifact of a lost era in the film adaptation. Replacing The Mouse as ancient America’s deities are Universal Pictures’ own take on iconic critters – the Minions.

The Sixty-Minute War gets an unexpected cameo

Ever noticed why the Universal logo featured in the “Mortal Engines” trailer only gets half a second before being cut back into? It’s because the Sixty-Minute War is actually shown on screen before the actual film starts and the Universal Pictures logo has something to do with it.

In a blink-and-you’ll-miss-it moment, you can notice that the world in the Universal logo has some small explosions and a dramatic destruction of some parts of the world. “Mortal Engines” just showed you the cataclysmic event that makes its over-the-top premise possible for your viewing pleasure.

Peter Jackson’s name is pasted across all the marketing material for “Mortal Engines.” Most of the high-profile interviews are focused on the thoughts and ideas from the former director of the “The Lord of the Rings” trilogy adaptation. But contrary to popular expectation, Jackson is not the “Mortal Engines” director.

Peter Jackson takes a back seat as a screenplay writer and producer to Christian Rivers, the actual “Mortal Engines” director. Rivers is a close friend and mentee of Jackson who has done some particularly awesome special effects and storyboarding work for some of Jackson’s earlier projects. His portfolio includes visual effects supervision in some of Jackson’s biggest blockbuster films like “The Lord of The Rings” trilogy itself, as well as the “The Hobbit” prequel trilogy.

“Mortal Engines” may not have been a blockbuster hit nor a fantastic tale worthy of an award, but everyone who has seen it can agree that the film is a visual spectacle. Christian Rivers is the man behind that awesome experience.

Things You May Have Missed in ‘Mortal Engines’, Peter Jackson’s Latest Movie