Meet the Most Influential People in the Movie Biz Right Now 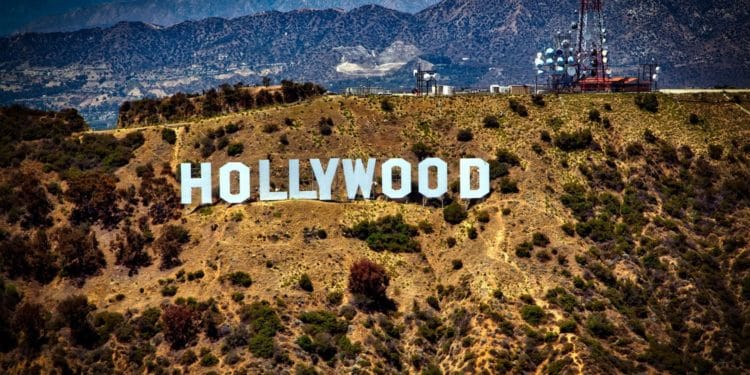 Hollywood is changing. Gone are the days when big production studios dominated the industry. Now, this is an era of independent filmmakers. The most influential film people reside with the small production companies. Of course, the likes of Disney and Steven Spielberg will remain a force. Regardless, the best films are coming from smaller companies and produced by lesser names.
Here’s a short list of some of the biggest game-changers in Hollywood. And pay attention to some of the unrecognizable names because they are creating the most important content in some time.

There’s nothing really slowing Apatow. He helped usher in a golden of age of comedy films as the main many behind many of the early Seth Rogen films. Now the producer-director focused on finding fresh voices. He produced HBO’s “Girls” and the show became a major societal influence. Last year, Apatow produced HBO’s “Crashing” and it became a sleeper hit of the year. He also produced “The Big Sick”, which was considered one of the best of the year. This year Apatow has two Netflix projects in the works. He also has two documentaries on the horizon — one is going to be on the life of late comedian Garry Shandling.

The Sacramento-based actress originally burst on the scene as a collaborator with indie director Noah Baumbach. She co-wrote the critically-acclaimed movie “Frances Ha”. Then in 2017, Gerwig went on her own. She wrote and directed “Lady Bird”. The semi-autobiographical flick won the hearts of viewers, critics, and peers. It was widely considered the best film of 2017. But Gerwig was only the fifth woman in history to be nominated in the Best Director category at the Oscars. Armed with a distinct and refreshing directorial voice, Gerwig is becoming a game-changer in the film world.

From being a brilliant writer to the successful rapper, there’s not a thing Glover can’t do. He has become a cultural icon in the last two years. He broke out as a cast member of “Community” but made waves for creating the unique and unapologetic “Atlanta” for FX. The show is in the middle of its second season and has been described as the Coen Brothers meets the hip-hop world. He will star as young Lando Calrissian in the film “Solo: A Star Wars Story”. Next year, he was voice one of the lead characters in the live-action version of “The Lion King”.

Boseman may be the best known for his work as Black Panther. But the 40-year-old actor has been a king of portraying powerful African-Americans on the big screen. He played Jackie Robinson in the movie “42”. Then he took on James Brown in “Get on Up” and followed that with a role as Thurgood Marshall in the film “Marshall”. Still, his most memorable role will be as the Marvel superhero. The Black Panther film broke barriers as the third highest-grossing film of all-time and the highest-grossing comic-book film with $681.8 million at the box office. But it was the highest-earning African-American directed and produced flick.

Peele has been a household name for years now. He was the creator and star of sketch series “Key & Peele” on Comedy Central. Still, Peele craved more. He wanted to be a filmmaker. Then he wrote and directed the groundbreaking “Get Out” The film was the most successful (both critically and financially) directorial debuts in history. It earned Peele an Academy Award for Best Original Screenplay. And it was one of the most profitable films of all time — it was made for $5 million and earned $251 million. Moreover, Peele’s racial commentary helped reshape how films are made — including horror films.

This Nolan brother (the elder is Christoper, a pretty good director) has put himself as the premiere storyteller in Hollywood. He wrote ‘The Dark Knight”, “The Dark Knight Rises”, “The Prestige” and “Memento”. But it was his joint venture with his wife Lisa Joy that has catapulted as a true visionary. The couple earned accolades for creating HBO’s “Westworld”. The show was an adaption of the 1970s film and has gotten comparisons for being the second coming of “Game of Thrones”. The show broke the mold for its unique storytelling design and rich character development.

The trio of producers started A24 in 2012 and aimed to create gritty, realistic indie films. The production and distribution company has become one of the most influential in the country. The company’s films have garnered 24 Academy Award nominations since its inception. That includes Best Actress award (Brie Larson, “Room”), Best Documentary Feature (Amy) and Best Picture (Moonlight). There’s nowhere to go but up for this ground-breaking trio of producers.

You may not have heard of this producer. But he runs one of the most profitable production companies in Hollywood. In fact, Blum may the king of micro-budget success stories. He turned “Paranormal Activity “ into a blockbuster franchise. He also turned “Insidious,” “The Purge”, and “Sinister” into successful franchises. But in 2017, the producer’s production company released “Get Out” and “Split”. The two films cost $14 million to make and ended up grossing $525 million worldwide.

Even in his 70s, the legendary moviemaker continues to churn out powerful and blockbuster films. In the last year, Spielberg released the Oscar-nominated “The Post” that chronicled The Washington Post’s push to publish the infamous Pentagon Papers. He also recently released the nostalgic “Ready Player One”, which has taken him back to the sci-fi world. But one of the biggest, under-the-radar occurrences was his deal to co-produce films for China and the global audiences through the merger of Amblin and Alibaba production companies.

When your company owns the two biggest movie franchises and the most famous theme parks in the world, you will stay relevant for years to come. Iger has taken Disney to another level under his guidance. Since he has taken over the mega-company, the profit margin when from $46 billion to $165 billion. In the next year, Disney will open Toy Story Land and the following year Star Wars Land opens. But on the big screen, Pixar, Marvel, and Lucasfilm will continue to dominate the marketplace. Oh, Iger also recently signed a deal to purchase 20th Century Fox.

This power list could go on and on. Hollywood is ready to change over its reputation and embrace the passionate artists that once dominated 40 years ago. So look up and discover the work of some of the names on this list. It’s certain to broaden your senses.

Don’t Sleep on These Summer Styles

Meet the Most Influential People in the Movie Biz Right Now