Necar Zadegan definitely gives us major body envy. Find out more about her diet, fitness routine and if she has a personal trainer to maintain her physique. 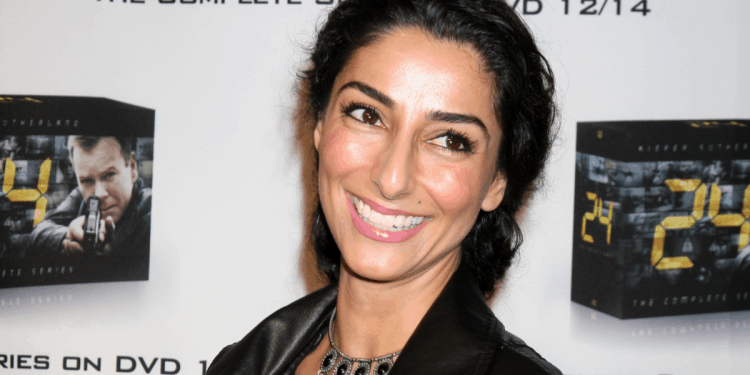 Whether it is about lighting up the stage or winning the hearts of people wherever she goes, Necar Zadegan is a force to be reckoned with. She is heralded as one of the most mesmerizing and favorable actresses working today, in Hollywood.

Zadegan is a versatile American actress of Persian descent who is known for her best performances on screen and on stage. Besides her charming looks, she is a fitness freak too who keeps her fans guessing her training routines. It is incredible how she has kept herself super fit and healthy as she nears the 4th decade of her life.

If you want to know about Zadegan’s fitness routines, her training sessions and trainer, read ahead!

Necar Zadegan’s career as an actress started in the 2000s after she graduated from The University of California. She stepped into Hollywood with her debut in the Bernie Mac Show. After her marvelous acting in the show, she then went on to appear in television shows as well, such as The Unit, Lost, and many others.

Zadegan’s critically-acclaimed role as the most graceful and elegant First Lady Dalia Hassan on FOX’s super-hit series 24, was loved by people worldwide and has skyrocketed her career as the multifaceted celebrity of Hollywood. She even earned the title of “the breakout star of the month” for her exceptional performance.

Along with that, she also starred in five episodes of The Event series as Isabel, which sent her into stardom. Necar Zadegan’s most notable roles were; Gina Bandhari in Emily Owen, Delia in Girlfriends’ Guide to Divorce, and Dr. Ko in The Good Doctor.

Zadegan made her cinematic debut in the movie Unthinkable in 2010 which is a psychological thriller and her acting was remarkable!

When asked about workout routine in an interview with Namita Nayyar of WomanFitness Team, Necar Zadegan revealed her fitness regime, workout patterns, and the things she does to keep herself fit and healthy.

However, Necar Zadegan does have a personal trainer too who helps her keep in shape. She has not disclosed the trainer’s name but whoever it is; they have done a commendable job!

She engages herself in outdoor activities, as she is “generally an outdoorsy person” which is also a factor that contributes to her amazing fitness.

Which Activities Does Necar Zadegan Like to Indulge In?

Necar Zadegan stays in shape by sticking to an active lifestyle. She revealed in an interview that she is fan of outdoor activities. The activities she likes to indulge most in are swimming, running, and hiking. She also likes to run which is why she has such a remarkable body.

Necar also likes to go skiing and sometimes play tennis. According to her, “physical fitness should be a mind and body experience” so she likes to go outside and keep herself engaged in activities.

Necar Zadegan loves to take barre classes, which are a hybrid workout class of dance, Pilates, and yoga. Zadegan has always studied dance thus she loves to engage in barre classes.

Apart from that, Necar Zadegan likes to do yoga whenever she has time and she does so for the sake of her overall health. She gets her inspiration from old ladies who do Pilates, funny but true!

Although she doesn’t like to go to the gym, she lifts weights sometimes, as she “likes the look of long lean muscles”, to maintain her shape and enhance strength. She thanks her fitness routine for her enhanced energy levels, strength, and healthy weight.

Whenever Necar Zadegan feels drained, she puts on music, and goes on a short jog that makes her feel rejuvenated and refreshes her spirit.

In an interview with Ada Polla, CEO of Alchimie Forever, Necar Zadegan revealed her diet patterns and foods she likes to munch on. She is against strict diets as she believes in eating the right foods.

Zadegan’s diet includes organic foods, fresh fruits, vegetables, hormone-free products, grass-fed animals, whole grains and edibles that are not processed.  She eats everything in moderation. Zadegan’s fresh look is due to the adequate amount of water that she drinks daily.

Her diet is inspired by her Persian background, due to which she likes to consume fresh herbs and fruits. She grew up in California therefore she is very health conscious. According to  Zadegan, real beauty starts from the inside. Mindfulness will spread only if you are conscious of what is going into your body.

Necar Zadegan derives her inspiration from her mother, who she says is ” definitely my beauty icon”. Zadegan’s dressing sense is inspired by her mother as she “always admired the delicate and effortless style that Parisian women always possess”.

Necar Zadegan is an impeccable actress and a modish style icon who keeps no stone unturned when it comes to maintaining her fitness.

She is an absolute fashionista who not does gives justice to the characters she portrays on television but a super-fit individual who regularly works out to keep herself mentally and physically fit!

How Billie Kay Stays Healthy On the Road

4 Tips for Getting the Most Out of Your Fitness Class

What Is Former WWE Star Kairi Sane Up To Now?