A Fit Approach To A Mexican Favorite! 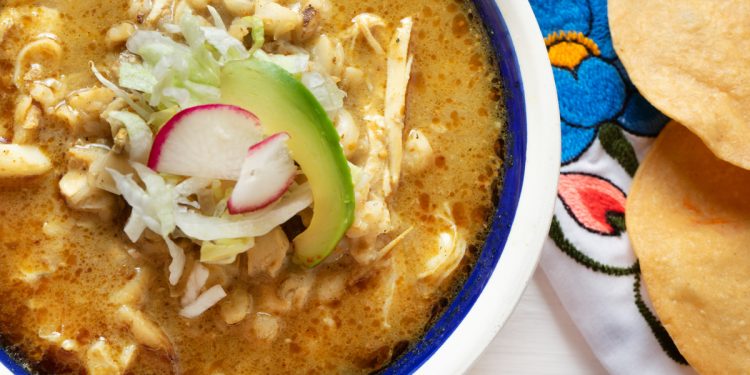 We are always on the lookout for flavorful recipes that will satisfy the palate and preserve the waistline. In this article we will pull from our neighbors to the south for a fresh take on a Mexican staple: pozole verde.

Pozole literally means “hominy,” and is a Mexican stew that can be prepared in a variety of ways. Typically, Pozole will consist of hominy and meat. The origins of pozole stew are actually pretty dark and hearken back to the days of human sacrifice in ancient Mayan culture.

From there, the Pozole will be cooked as “Blanco (white) Pozole,” “Rojo (red) Pozole,” or, in this case, as “Verde (green) Pozole.”

While the rojo and blanco versions of pozole are also delicious, the verde pozole is traditionally prepared with chicken breast (as opposed to all pork) and so will be our selection for today’s fit recipe.

It is worth taking just a moment to discuss three of this dish’s less-familiar ingredients: tomatillos, poblano chiles, and hominy.

While most Northerners would interpret tomatillos as tomatoes. The two fruits are pretty different.

Tomatoes and tomatillos are both of the nightshade family, but the tomatillo is covered by a sticky substance and wrapped in leaves. The tomatillos are green (like an unripe tomato) but they are tart whereas tomatoes are sweet.

It is important to choose a properly ripe tomatillo as the unripe fruit is known to make people sick. You will know a ripe tomatillo by the dry, husk-like leaves surrounding it. Wash the tomatillo well to remove the sticky residue prior to preparing.

According to Men’s Health, one cup of chopped tomatillos has just 42 calories and is packed with vitamin C and vitamin K. Plus, tomatillos contain lutein and zeaxanthin—carotenoids that may boost eye health.

Poblano chiles are a favorite Tex-Mex ingredient as these peppers are not quite as spicy and are known for their great flavor. For these reasons, the poblano is a great pepper to share with family and friends who may not be up to the kick of other chili varieties.

According to Healthline.com, Pozole boasts a wealth of micronutrients, including vitamins A and C, carotenoids, capsaicin, and other compounds that may act as antioxidants, have anticancer activity, and fight inflammation.

Hominy is made from whole corn kernels. If you’ve had a serving of grits, then you’ve tasted ground hominy. Hominy is also used to make the tortillas that we associate with Mexican cooking, such as in tamales. However, those who have had a good pozole will tell you, it is the texture and size of whole hominy that really makes this dish.

According to Livestrong.com, one cup of whole, canned white hominy contains 17 percent of the recommended dietary allowance (RDA) for fiber and 5 percent of the RDA for protein. White hominy is a good source of omega-6 fatty acids. It has few vitamins — just 1 percent of riboflavin (vitamin B2) and 3 percent of vitamin B5 (pantothenic acid) per cup — but is rich in various minerals.

As mentioned above, pozole is frequently made using pork, however, we will use low-fat, high-protein chicken breast. Though we do use about six slices of bacon in our recipe, this works out to less than five grams of fat per serving. So, enjoy this delicious, fit take on a Mexican favorite!

Step One: Quarter the chicken breasts and place into a pot with chicken stock, salt (to taste), bay leaves, onion, and oregano. Once chicken is cooked through, strain chicken stock (set this aside) and shred chicken.

Step Two: Fry the bacon in a large pot on medium-high heat. Drain 90% of bacon fat from pot.

Step Four: Add cans of hominy and chicken stock to the pot and begin cooking over medium heat.

Step Five: Add shredded chicken to the pot and add salt and pepper to taste.  Simmer for about 20 minutes.

Step Six: Add whatever garnishes you prefer and enjoy!!

Why Lupini Beans Are All The Rage This New Year

7 Exercises To Burn Your Obliques

Bar Paly is one of Hollywood’s hottest actresses right now and whatever movie or show she acts in is an... 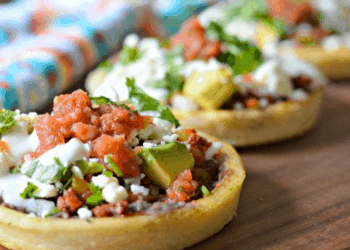 A Healthy Take on the Traditional Mexican Dish Sopes

Sope is a traditional Mexican street dish consisting of a fried masa base with savory toppings. Also known as picadita,... 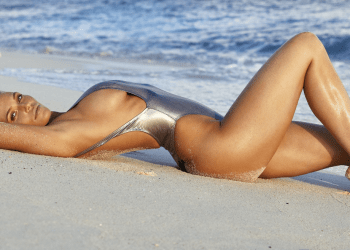 Samantha Hoopes and Her Idea Of Healthy As A Model

Samantha Hoopes is a model lost somewhere in between an up and coming star and a veteran. Best known for...

No more feeling guilty after eating a big bowl of pasta. In this article, I will discuss the health benefits...