Straight Talk About The Benefits of Sea Moss 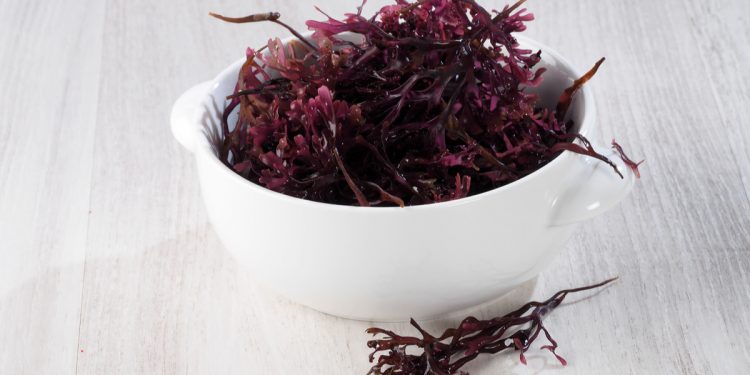 Activeman readers have likely heard some of the hype about sea moss. After all, Kardashians are drinking it in smoothies. Scientist are testing this algae out on worms. It can be purchased as an edible gel. It can be processed in your kitchen sink and stored for two weeks in your fridge. You can slather it on your skin in the form of expensive body butters, or you can use it to thicken your gravy.

For those of you who do your research, rest assured that the web is a buzz with glowing reviews from researchers touting its nutritional content as well as anecdotal evidence that sea moss is, in fact, the silver bullet of the super foods.

If you want to see professionals in the health and fitness industry turn cartwheels, give us a silver bullet. Show us a product – a food, supplement, piece of equipment, or training approach – that checks all of our boxes and we become giddy.

It isn’t that we’re chumps. And, it isn’t because we’re greedy and lazy. We are just always looking for ways to maximize positive changes for our clients, while minimizing complexity and effort. Afterall, that’s exactly what we get paid for.

Let’s take a moment to compare the facts about sea moss to the health and fitness hype.

Sea Moss does contain a significant amount of muscle building protein. 100 grams (about 3.5 ounces) of sea moss boasts a whole nine grams of protein. Considering that sea moss is an alga and does have other great characteristics, this is pretty impressive. However, sea moss cannot be consumed in quantities greater than two ounces per day without health risk, which we’ll get to later in this article. Therefore, we are looking at a measly five grams of protein per day.

Given that the recommended daily allowance (read minimum amount required for life) of protein for the average 150-pound man is 54 grams, and optimal protein consumption is closer to 150 grams (according to the National Academy of Sports Medicine), these five grams seem a little … insignificant.

Yet, maybe we are overlooking something?

Sea moss is a rich source of vitamins, and it does carry quite a few right across the board. It contains 92 of the 102 trace minerals of the body. Getting this wide array of micronutrients from a whole food source is fantastic, especially when that source is also rich in protein. Yet, at the strict maximum of two tablespoons per day, these vitamins, minerals, and trace minerals are a tiny drop in the bucket. The most prevalent vitamin (folate) and mineral (iron) max out at 5% of the total required Daily Value.

People on the North Atlantic Coast have been farming sea moss (scientific name chondrus crispus) for a very long time. The people of Ireland have been using it for centuries to thicken soups, brew beer, incite libido, and fuel industry.

It was only recently that researchers began applying scientific principles to the study of this popular food and supplement, including how it truly impacts the human body.

While this research is in its infancy, scientists have found promising evidence that sea moss can have a positive impact on neurodegenerative disorders, such as Parkinson’s disease. Further, researchers believe that it is a likely tonic for stomach distress and digestive health in general because of its antimicrobial, antibacterial, and antioxidant characteristics. Yet there is little conclusive evidence to verify these claims.

The Problem With Sea Moss: Iodine

Overall sea moss is an impressive alga. It is full of great macronutrients (Omega-3 fats, complex carbohydrates, and proteins), and it has a mighty array of vitamins and minerals. Sea Moss thickens smoothies and sauces and assists in the brewing of great beer. However, it cannot be consumed in quantities large enough to matter.

Many people are allergic to seafood specifically because it contains iodine. Moreover, the balance between too little and too much iodine is delicate. While it may maximize thyroid function, it can also destroy it.

In addition, sea moss (like most algae and seagrasses) filters pollution from the waters it grows in. At this point, sea moss cultivation is not well regulated (as is the case with most supplements) and the levels of heavy metals and other contaminants in our oceans is cause for concern when harvesting any food from within it.

Sea moss is neither a silver bullet nor a dud. It is a perfectly nutritious whole food that we simply cannot safely consume in the quantities which would benefit us.

However, that doesn’t mean we draw the curtain on sea moss. Researchers are working to better understand its healing properties, and may over time be able to utilize sea moss for healing and wellness. They are certainly working on it at this time … you know, with worms.

In the meantime, sea moss powder is relatively inexpensive and makes a good thickener for foods. Being low in calories and high in nutrients, it’s certainly a win over traditional starches or flour.

So brew that beer, blend that smoothie, and listen to your health and fitness professional when they tell you to invest that money in some TRX bands and a low sugar, high protein nutrition shake.

Concentrate vs Isolate: How to choose the right type of protein

These 5 Protein Powders Will Change You

How Busy Women Can Relief From Stress and Anxiety