7 Clear-Cut Signs She’s Just Not That into You 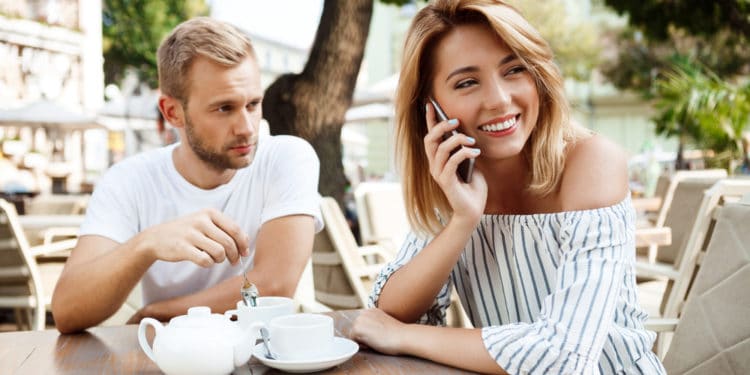 Dating can be tricky, and it’s even harder when things are brand new, and you don’t know the girl that well. What do you look out for to know if you’re making the right moves or if she’s just not that into you? We’ve got seven obvious signals that show that it’s time to focus your attention elsewhere because things aren’t going anywhere with this girl.

Short answers are one of the clearest cut signs that she’s just not that into you. If every text you send gets back “lol” or “okay,” or “good,” then odds are she’s talking to someone else. If you try to get a conversation going and get nothing in return, there’s a reason for it. She’s throwing up major signs that something’s up.

Does it take forever to get a response to any of your texts or calls? Most men and women live with their phones basically glued to their hands. If she’s not texting or calling you back for hours and hours, she’s ignoring you because she’s not into you.

If you reach out looking to schedule a date and get vague, flaky answers in return, or have trouble nailing her down for some time to spend together, she’s avoiding you. People who are interested in someone want to hang out with them and don’t avoid them.

Ever ask a girl what she did over the weekend and have her say that she didn’t do anything? Or maybe you asked her if she had plans later and she said she did. Only to check out her story later and see her out partying with friends or just hanging out at home on her own. If she’s telling you little, meaningless lies, she can’t be bothered to spare your feelings and doesn’t care about you. Time to move on.

If she’s never touching you or flinches away from you when you’re spending time together, that’s a huge stop sign. Don’t ignore it! Lack of physical affection is a major indicator that she’s not into you.

You Haven’t Met Any of her Friends

If you haven’t met any of the important people in her life, she doesn’t consider you important enough to introduce you to them. She’s likely seeing you more like a one night stand than someone she actually wants to be involved with.

You don’t have to be planning next summer’s beach trip, but if you try to talk about events coming up in the next few weeks and she’s hesitating to give you a firm answer, it’s because she does not see you in that near future.

Keep an eye out for these signals so that you don’t have to look like a fool or waste your time going after someone who isn’t going to make time for you. There’s plenty of fish in the sea, no need to linger on when she’s just not that into you.

A Guide to a Cool Summer Style