So You Want to Brew Your Beer? Look No Further

The evolution of home beer brewing has taken a life of its own. Now it's time you'd learn the long-practiced process. 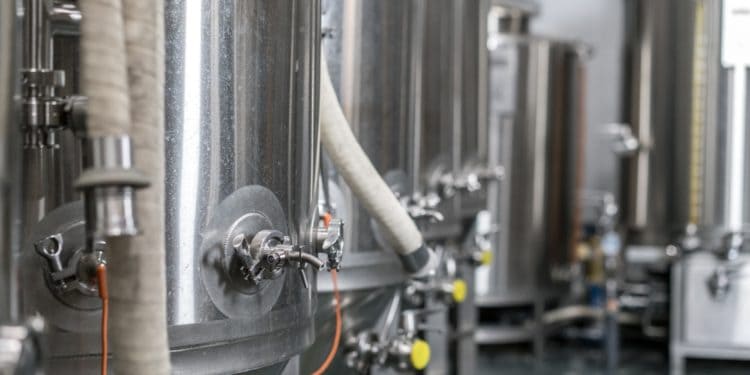 The world of home brewing has steadily become the avenue beer lovers turn down. Beer enthusiasts get so enthralled with the flavors and the beer-making process they engage in creating their own concoctions for the love and challenge of it — and to save money.
The home brewing world isn’t as easy as you think. It takes practice, patience, and skill to properly produce a proper sud. There are also many tools to create your personal favorite styles — be it a lager, ales, porters, or stouts. The gadgets go beyond the basic home brewing kit and here is a list of the essentials to give you a leg up on becoming an ultimate personal brewer.

First things first, you need to produce “wort” from the mashing process. The wort contains sugars (more commonly known as maltose) that will be fermented by the brewing yeast and will turn into alcohol. That’s where having the immersion wort chiller is so important. Most homebrew kits don’t have chillers and you will need to purchase separately. It will help immensely speed up the process and lower the risk of bacterial contamination. The chilling of the wort has to happen quickly and as fast as possible after you peak boil it. The longer it takes to chill means the bigger chance of contamination. 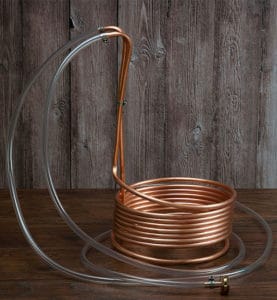 Mechanical brew pumps will go for hundreds of dollars. That’s why the auto-siphon becomes a critical gadget to your home-brewing tools. After you transfer the wort to your fermentation bucket, you will need the siphon to transfer the beer to a keg or another form of liquid storage. The auto-siphons are easy to use: simply prime the pump and watch the beer transfer over. Make sure to get siphon clips so it doesn’t move when transferring. 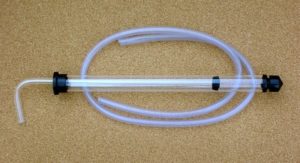 Most home-brewing kits come with a hydrometer. But you should upgrading to the refractometer since it will save you a ton of time and headaches. The meters measure the amount of sugar that is dissolved in the solution and you will be using this tool several times through your brewing process to keep track of your starch conversion, pre-boil gravity, and post-boil gravity. 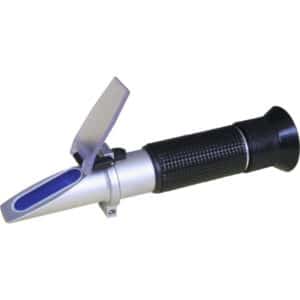 Master homebrewers all have some version of this gadget. You can’t skimp on the thermometer as the cheap ones are very poor so you will need a great one. The high-end digital models will pay itself off during your first year of usage (Thermopen is the best on the market). You will be using this to measure the temperatures of your wort in the crucial first stages of the brewing process. 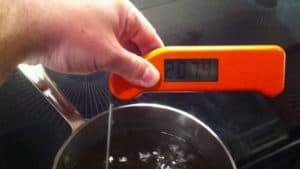 Again, brewers can’t stress the importance of the wort-chilling process and combining the wort with proper yeast, a most critical step of the beer-making trade. Master brewers have used aeration systems to give the wort the proper oxygenation for higher-gravity beers. Just like the refractometer, this tool is highly recommended if you hope to produce the best product possible. 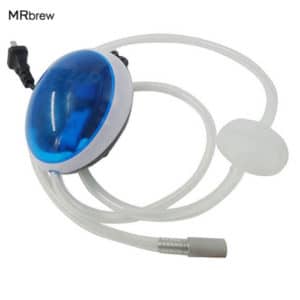 At the end of the home brewing process, you will want to store your beer in the coldest and most efficient place possible: a kegerator. These are usually the most expensive part of your homebrewing kit. The great kegerators range in price from $500 to more than $1000 — or you could construct your own. But you have options of storing two to three small kegs in these higher-end models. 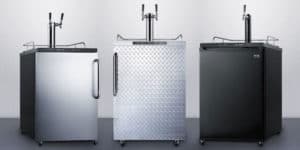 Temperatures mean everything for beer, from the first step to the last. Once your beer is finished, you will need to chill the beer in its final home either in a barrel or a keg. But you will need a keg-meter to keep track of how cold your beer is and when it’s ready to drink. The meters could be pricey — ranging in price from $150 to $300 — but it will be worth it if you are anxious to taste your final product. 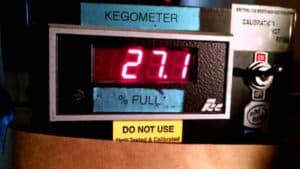 A common theme here: properly boiling wort stands a the most critical step in making beer. That means you need to invest in a proper kettle pot that measure the heat for your wort. The best option here goes for a 15-gallon kettle pot as the more wort means more beer. If you want to go for broke, then go for the Boilermaker G2 55 gallon kettle pot system for the steep price of $675. 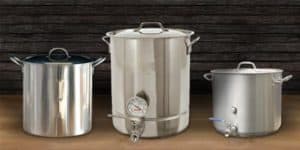 When it comes to beer making, you can’t cut corners. If you are going to invest in a new hobby like home beer brewing, then you need to right tools of the trade. So spending a little more on certain things will give you a beer you won’t ever stop drink for the rest of your life.

Reward Yourself With These Best Cheat Day Foods

The 10 Reasons Why You Should Be Drinking Pickle Juice

So You Want to Brew Your Beer? Look No Further