Vinyl records have become trendy yet again. That means you will need to find the perfect record player blast those perfect sounds. 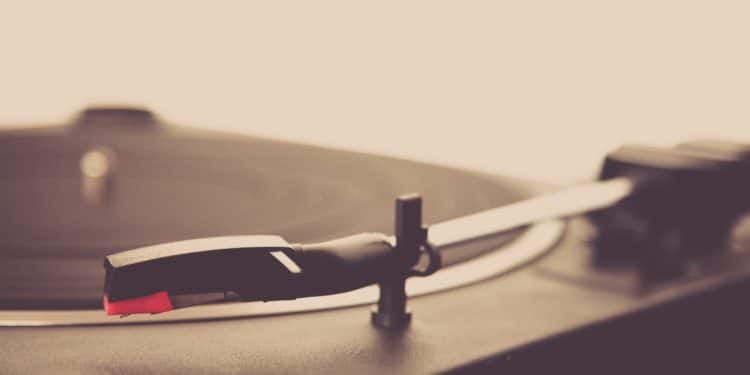 Vinyl records have officially become a thing, again. There are record shops all over the country, from the small towns to the large ones. The record stands at flea markets have become prevalent and popular. Amazon sales of records have sky-rocketed in recent years. The vinyl collecting has become a part of modern culture after nearly 25 years of obscurity.

Finding the best record player to listen to those records have become an even bigger challenge. Five years ago, the record player was hard to find in the store. Now the market has changed so much there are a ridiculous number of options. That’s why we have sifted through the hundreds of options and chosen a handful of the best to give an easy guide for that perfect turntable.

Audio Technica has been the standardfor record players for years now. This model may be the best overall available on the market. The turntable is equipped to handle straight analog or analog to digital audio. It also has a built-in pre-amp, phono, and line-level RCA outputs as well as a USB output. To make this even better, the record player comes with Audacity, an audio and recording program that is compatible for Mac and PC.

Crosley has been known for its stylized turntables. At $61, the Cruiser Deluxe offers a super affordable model with peak performance. You have seen this version at many Urban Outfitters and is billed as a “beginner” turntable for vinyl newbies. A full range of high-end features dominate the record players, from its built-in, full-range speakers that include Bluetooth capability. There are also three record speeds — 33 1/3, 45, 78 RPM.

U-Turn was geared to simplify the record player with subtle modern features. The Orbit model is a straight-forward vinyl player and boasts a classic wooden look. The model comes in flat-cut maple or rift walnut. The tonearm is the state-of-the-art Ortofon 2M Red, which produces incredible sound quality. The belt system is as reliable as any on the high-end turntables with speeds of 33 or 45 RPM playback. Finally, the spin mechanism is an acrylic platter that will give you smoother and consistent spinning for your records.

Only a few years ago the vertical turntable became a thing. Now all the big companies want to produce their unique version of the record player. [Pro-Ject’s Elemental model](https://www.project-audio.com/en/product/elemental/) takes the vertical player to another level. It’s about the style here as the Elemental has two built-in stereo speakers inside a wooden base. The sound isn’t the best on the market but the RCA outputs on the base will give you the option of attaching upgraded speakers for high-level sound performance.

The second Audio-Technica on this list is the company’s low-priced, high-performance model. The AT-LP60 goes for $129 and gives the user an easy and great performing piece of equipment. Clear and balanced sound, this Audio-Technica turntable has a Bluetooth option to connect those Bose or JBL speakers.

Combining digital with the sound of vinyl has been a challenge for many record player companies. This 1byone model does it both flawlessly. There’s a built-in MP3 conversion option and seamless wireless connectivity. The coolest feature here is the fact the USB functionality allows you to listen to records and convert the sounds into a MP3 to listen on your smartphone. The record player’s wooden base also has built-in speakers to play the vinyl from a standalone source.

Serious record aficionados have turned to this record player instantly. The Classic Sub-Chassis is considered one of the best and most expensive turntables in the world. The construction of the record player itself (the base is made of carbon and aluminum) is best around, and it remains lightweight for easy transportation. The tonearm’s Japanese ball bearing feature gives the record player a deeper sense of freedom with motion and mobility.

Denon DP-300F is the most gorgeous — and affordable — turntables on the market right now (retails for $229). The automatic start/stop feature translates to less worn down needles. The one negative, however, is that this Denon doesn’t have USB outputs like many of the newer models out there now. Still, if you are just starting to collect records, then this record player is for you.

Record aficionados will often say that the best record players are the more simple ones. The built-in options often convolute the record players when its sole purpose is to play music in its purest form. So when you price out and research that new Audio-Technica you should keep that in mind.