The Curious Case of The Man-Purse 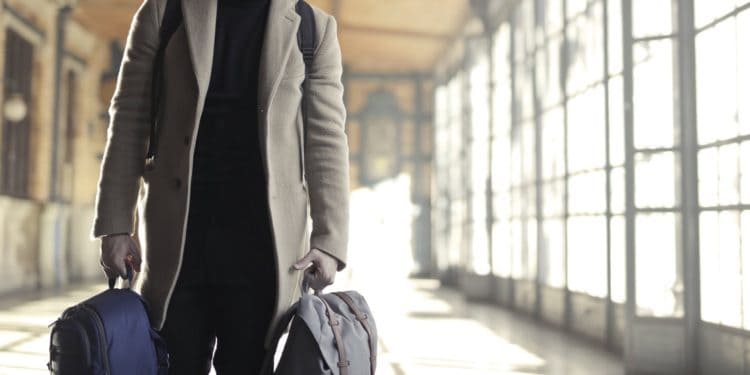 To understand the 2017 and spilling over to 2018 trend of the man-purse, we first have to understand why the stigma was there in the first place. The first answer is the most obvious one, it’s likeness to a woman’s purse. If you’re now following my train of thought, you might be wondering, what’s the reason purses were exclusive to women in the first place?

A Brief History of The Purse

Back in the eighteenth century, women had detachable pockets worn inside the petticoat that they could access through a slit on the outside of their clothing. As changing fashions demanded more form-fitting clothing as centuries rolled by, there was simply less space for these hidden pockets. It became trendy for upper-class women to carry small pouches called reticules, with additional tiny pockets sewed into their clothing.

The twentieth century came about, and purses and handbags were in full effect. Comparing the evolution of the handbag, it’s clear to see why men never necessarily needed such fashionable evolutions. Men’s fashion often afforded plenty of space for pockets in their vests, inner-jackets, pants pockets, the list goes on.

Now let’s take a look at the fashion trends of today. We’re seeing more form-fitting clothing for men, a tighter more crisp look in the jeans and pants, jackets designed to contour to your body. Along with it, men have more to carry than ever. The dawn of the modern cell phone came pocket-able technology and with it the dissipation of the pocket itself. Who wants a big ugly lump in the back of their pants wrecking the lean look of their new jeans or khakis?

Then came the advent of the modern man’s portfolio. An evolution of the briefcase that says to the world “I do something creative for a living, and I’m on my way to show someone”. If you want to look like you’re serious about your creative endeavor, you’ve got a small, probably leather bag tucked under your arm like it’s got the nuclear codes and you’ve got to deliver them ASAP. You know, kind of like a purse.

The rise of the man-purse is quite simply a fashionable yet utilitarian solution to the modern day male’s changes and challenges. We all know that if you’re going to craft in solution to something in the 21st century, it better be a fashionable one. 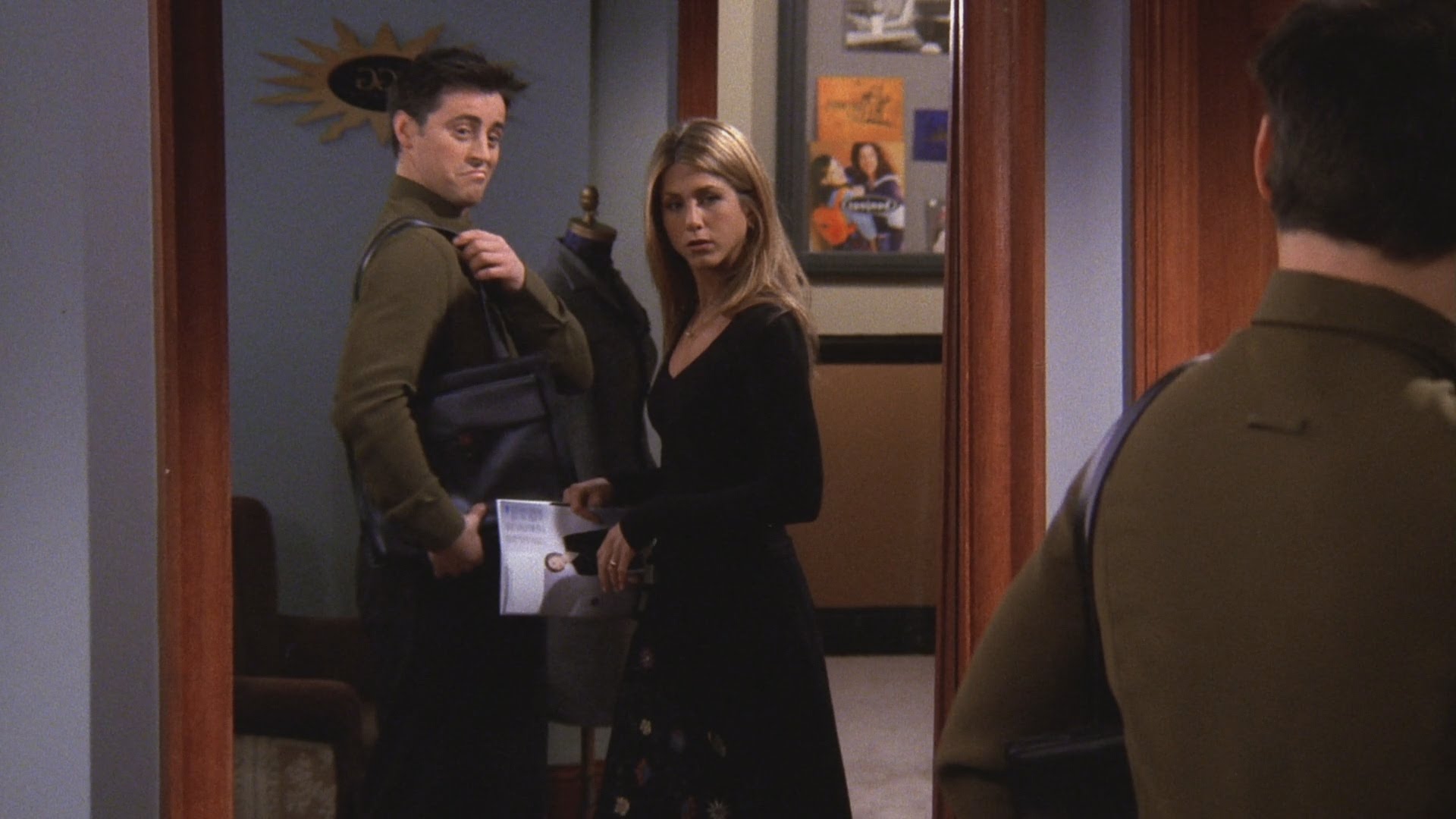 Then came that infamous episode of Friends. You might say you’ve never heard of the episode of friends called “The One with Joey’s Bag”. I’m sure you can see where this is going.

In the episode, lovable goof Joey asks the ever trendy Rachel to help him dress fashionably. Part of the ensemble she crafts for Joey is a small bag, you might even say the bag is purse-like. Our hero becomes attached to the bag, as he goes through the rest of the episode being ridiculed and rejected despite his attempts to explain just how fashionable and useful it is. The chapter famously ends with Joey lamenting to Rachel how the bag is just not working out for him. Her response rings out beyond a mere episode of a popular show, speaks volumes to my point: “I just don’t know if the world is ready for you and your bag.”

I don’t know if you’ve heard this, but Friends was a very popular show in the 90s. This episode set the trend of small men’s bags back by leagues when it aired in 1999. Looking around almost twenty years later, it would seem as though the world is finally ready for Joey and his bag. The fashion industry certainly is. 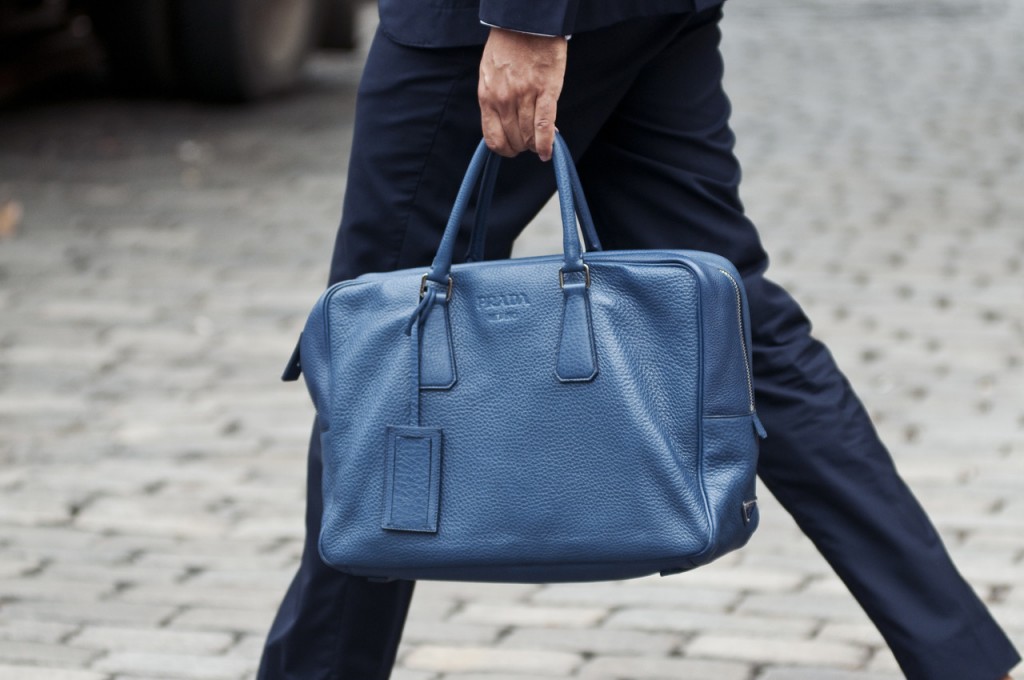 The Man-Bag Is Here To Stay

It was the year of the man bag during fashion week with the likes of Louis Vuitton, Dries Van Noten, and Prada showcasing rugged male models sporting a variation of the man-purse. If trickle-down fashion has taught us anything over the years, it’s that this means we’ll be seeing more fashionable variations of the man bag than we’ll know what to do within the coming years. Perhaps men’s fashion is having its own twentieth-century revolution of the male bag.

In any popular city where the people are busy and mass-transit is a thing, you can be sure to see men of all ages, shapes, and sizes wearing a small satchel of some kind. The suddenly socially accepted masculine purse is here and it’s here to stay. If you find yourself with too many gadgets and doodads out there in the wild twenty-first century, pockets stretched out and hands full of clutter, the man-purse may not seem like such a bad idea.

How to balance Entrepreneurship With Living Life

The Curious Case of The Man-Purse