It's been 26 years since Mission: Impossible took Hollywood by storm and it hasn't slowed down. 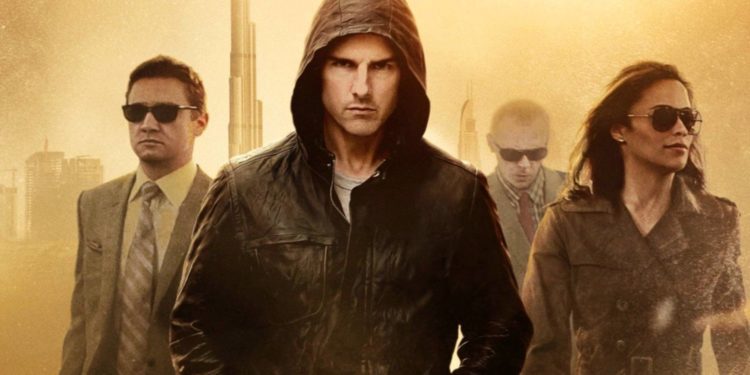 It was 1992 when Paramount took a huge risk on a huge Hollywood star and created, quietly, the greatest action franchise of all time. Even at the height of the Marvel universe, the “Mission: Impossible” films have flown under-the-radar and won audiences. With a rash of indie films breaking the mold, the M:I films have remained as relevant and powerful as any film being produced today — thanks in large to Tom Cruise’s willingness to push the envelope and dedicate himself to redefining a dying genre. 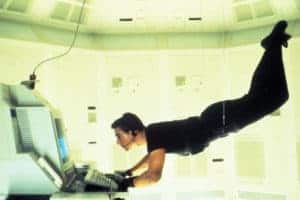 For years, Cruise was never one for sequels. He said no to “Top Gun 2” in the late 1980s to make ‘The Color of Money” and “Rain Man”. The career choice transformed Cruise’s career as the proceeding roles showcased the legendary actor’s acting pedigree. All he wanted was an Academy Award. “There was no room for a sequel” Cruise told The Guardian. He aimed to flex acting chops rather than his action ones. Then in the early 1990s, the actor formed Cruise/Wagner Productions to produce his own films. He put his sights on a genre that he had yet to grasp. “I’d been looking for an action film,” Cruise told The Guardian. And he turned to “Mission: Impossible” because it was one of his favorite childhood shows because it was “brainy not brawny.” He went to Paramount with the idea. “People looked at me a little cross-eyed because it was a TV series and at the time people weren’t really doing that,” Cruise explained to The Guardian. Paramount eventually relented and signed on to produce the film

The risks continued for Cruise and the “Mission: Impossible” project. First, Cruise employed famed drama director Brian DePalma (of “Scarface” success). The second tricky proposition was turning the TV show’s hero character Jim Phelps into the villain in the movie. Then, the movie was released. The slick stunts, tricky disguises, and the strong story flung the film into an instant success. Since then, the franchise took on a life of its own. It has gone through the gambit of action and drama directors — John Woo, JJ Abrams, Brad Bird and Christopher McQuarrie all directed a film. Nearly 26 years later, rather than winning Oscars, Cruise is remembered for hanging out of planes and clinging to rocks on mountains.

Adapting to the Times 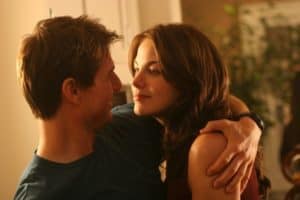 Unlike many recent franchises, the “Mission: Impossible” films have surprisingly gotten better and better with each turn. The action remained smart and gadgets were always evolving, but the reason that “Mission: Impossible” has succeeded is that it’s fed off each other. Bird and McQuarrie, helmers of the last three films, focused on the story more than anything else. Even over the course of the six films, the series never feels like its going through the motions. The only franchise that comes close to comparison is probably the Bourne movies — though 2016’s fourth installment was a disappointment. The worst example that springs to mind are the Mad Max movies.

The key ingredient to the success: each film looks to outdo the previous. Its overall aim is to entertain the audience at all costs without looking cheesy. But “Fallout” clearly rises to the top of the franchise — and one of the best films of 2018. On the surface, it’s a spectacle of action-packed stunts that are meticulously coordinated. But there are many underlining callbacks to classic films such as “Casablanca”. That’s because Ethan Hunt and his estranged love Elsa are a directly inspired by “Casablanca’s” Rick Blaine and Ilsa Lund. McQuarrie intentionally chose the name of “Elsa” when he penned the character into the script for “Mission: Impossible — Rogue Nation”. The relationship of the Ethan and Elsa in “Fallout” is very reminiscent of Blaine and Lund because they are lovers that haven’t seen each other for years and suddenly, and unexpectedly, plunged into the action together. 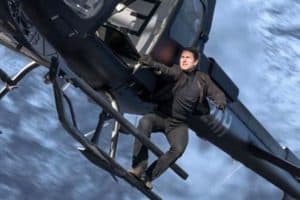 Action in the M:I series is the main reason for the success. The stunts are old school movie throwback and Cruise does them all. McQuarrie had recently told the New York Times that there was “inherent danger” involved in many of the stunts executed on the set, specifically in the last two films — “Rogue Nation” and “Fallout”. While the stunts in the first few movies were more stylized, the latest installments have taken it to another level.

In “Rogue Nation”, Cruise performed an underwater stunt that took 10 days to shoot. Ethan Hunt had to swap a file in an underwater security system. McQuarrie explained to the New York Times that the sequence challenged Cruise. “It put a huge burden on Tom because Tom had to hold his breath longer,” McQuarrie told the New York Times. “You and I can hold our breath for a minute, maybe two minutes. The minute you start exerting yourself, you consume oxygen at a much higher rate. Which meant that for Tom to be able to hold his breath for anywhere from a minute to two and a half minutes that each takes require, he had to learn how to learn how to hold his breath for longer.”

In “Fallout”, Cruise pilots a helicopter through the mountains in order to retrieve and disable a remote detonator of two nuclear bombs. Remarkably, Cruise learned to fly the chopper in six weeks (it takes 3 to 6 months, typically) and he had to manage the helicopter in the low-visibility skies of New Zealand to boot. The result was a highly-realistic, climactic chase sequence unseen in a film for decades. “In some parts of the sequence, Tom’s doing the chasing, and in other parts, he’s being chased — and we were always pushing the proximity because that, of course, sold more danger,” McQuarrie told the New York Times.

The Mission: Impossible fans often state that they really don’t have a favorite film in the series nor do they know how to rank them. That’s because of the consistency of the stories and its characters. But it’s more because of Cruise and the “Mission: Impossible” creative team. They remain as level-headed and filled with effusive positivity to ever let go.

How To Grow A Long Beard Like A Pro