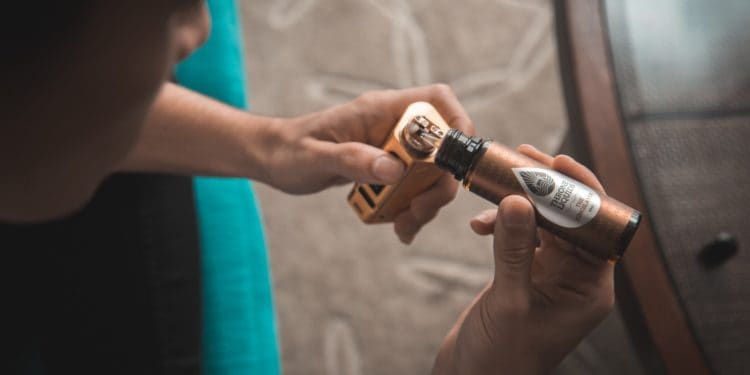 Today you can’t deny the popularity of vaping. They are everywhere, and they have slowly become more popular than smoking cigarettes. You may have even seen celebrities engage in vaping such as Johnny Depp and Katy Perry. Actually, the Academy Awards gave away vapes as part of swag to celebrities at the 2016 ceremony. Still, that creates a social perception of sorts. Many begin to wonder if they are missing out on something good — or bad.

The vape era has spurred an entire community with vape slang and vape meet-up parties. But before you delve into a hobby or addiction, there are a few things you need to know, and we have put together a short list of facts you must know about vaping before you go out and buy your $200 vape kit (those do exist).

The first thing you should know is there are three types of vapes: the E-Cigarette, which is a simple vaping device sold at gas stations and are inexpensive; the Vape Pens, which is more powerful than an E-Cig; and the Vape Mods, which are very powerful and very large. Now here’s the facts you need to know before you take a puff of that flavored oil.

The Juices Have Nicotine

The vapes don’t burn tobacco leaves but most of them aren’t nicotine free. The juices and oils used with vaping all have a significant amount of nicotine — even the flavored ones have the addictive chemical in it. But vapes and its oils have various amounts of the nicotine, and many vape shops that create the oils often give you the option of how much nicotine you want in the liquids.
But there are many vape oils have the same amount of nicotine as a regular cigarette. But for many former cigarette smokers, the vapes are used as a way to wean off the nicotine. The former smokers gradually bring the nicotine levels down until there’s none at all. If you aren’t a smoker, then you should pick an oil that has no nicotine at all. You may want also try Wax Pens. They have similar potency to an e-cig but less addictive as they incorporate herbal qualities instead of chemicals.
Embed from Getty Images

Vaping is Safer Than Cigs But…

Smoking vapes and any sort of e-cigarettes are considerably less harmful than smoking regular cigarettes. In fact, the British Journal of General Practice reported that vaping saves about 6,000 smokers per year. But nothing is always as perfect as it sounds. There are many side effects of vaping. First off, the vapes contain many harmful toxins from the inclusion of the liquid nicotine. Yes, the amount of chemicals in cigs clearly outweighs the vape — there’s about 599 additives in the typical cigarette whereas about four in the typical vape oil. There are some other vapes that release metals from the usage of tins and you find many carcinogens (a form of formaldehyde) that are in most tobacco. For the younger generation, smoking vapes and e-cigs often lead to smoking cigarettes in the long run. In most serious case, there are many studies conducted by the American Lung Association that have proven various deadly ailments to vaping. The most common disease is called “popcorn lungs”. The disease is the thickening and narrowing of the airways in the lungs. The popcorn lungs results in coughing, wheezing and shortness of breath. The American Lung Association has stated that the symptoms are closely related to chronic obstructive pulmonary disease. There have been other studies that have shown vape enthusiasts have contracted lung cancer.
Embed from Getty Images

Numbers don’t lie. The vaping industry is booming, and there seems like no seems like no slowing down anytime soon. A study by Wells Fargo proved the rapid growth. In 2008, the vaping business grossed about $20 million. In 2016, the industry pulled in $2 billion. Even more, the vape sales reached more than $10 billion in 2017. The study stated that the business will continue on its upward trend. From the growth of the corporate and independent vape businesses, there’s expectations that vape sales will exceed more than $30 billion by 2021. The best part of the business is the huge growth of privately own vape shops that actually manufacture their own flavored oils. These small shops also control the amount of nicotine in the oils, a major benefit for vape smokers. The biggest growth in the small shops have sprouted most in major cities such as New York and Los Angeles. The study, which was conducted by the Global Vape Market, showed that there’s about 5,500 vape shops in the U.S. market alone. Many independent vape production companies have also cornered the market as late with the Yocan Evolve Plus as one of the best. You could find the Yocan Evolve Plus for sale pretty much on major vape sites. Another great tidbit from the study revealed that there’s about nine million adults that vape in the U.S.
Embed from Getty Images

Vapes are Cheaper Than Regular Cigarettes

The biggest question that most reformed cigarette smokers ask when switching to vapes is: are they cheaper than smoking? For starters, it matters where you live. In New York City, the average pack of cigarettes cost $13. In Florida, the cost for a pack of smokes is $5. With vapes, the cost is definitely lower than both in the long run. The average vape starter kit goes for $35 to $50, according to Direct Vapor. That’s about the cost of a carton in some places. Still, that’s a one time expense. The oils you will need for the vape goes for about $18 a bottle and those bottles last around month, depending on how often you vape. Now lets take into an account that the average smoker spends $5 per day in the United States, an equivalent to $35 per week. You already saved a ton. If you choose commercial vapes such as JUUL (the highest grossing vape on the market today) then the price changes a little. The oil cartridges are $18 for a pack of four. Those packs usually last the average user 10-15 days (depending on the usage). You are spending an average of $36 a month for the most popular vape on the market, compared to $140 to the pack of smokes. That is a 300 percent in savings. No way around it you will save money with vaping.
Embed from Getty Images

Make Sure You Know the Vape Etiquette

Believe or not, there are unwritten rules amongst vape lovers. According to a survey conducted by E-Cigarette Direct, the vaping community has certain guidelines you should follow. The biggest, and most important, you should not vape where you should smoke. But there’s a number of important rules you need to follow such as not vaping indoors unless you gain permission from the place or house you are at. The third most important stipulation to vaping is not blowing vape smoke in people’s faces. Most vape oils are odorless but second-hand vape oils can still be harmful to some. You should NOT vape around children. Another big no-no is being a “vape snob”. It’s common to see reformed smokers show off their vapes in public. It comes off like they are better than others because they kicked a harmful addiction. All in all, you are still not better than anyone, regardless if its a cig or a vape.
Embed from Getty Images
Not all vapes are bad for you. It comes down to the oils. So instead of purchasing vapes such as the JUUL at the gas station, you should visit a specialized vape shop. The vape experts have more control in building your oils and will steer you properly. Many of these oils they concoct aren’t as harmful as the commercial ones.

The Cost of Calorie