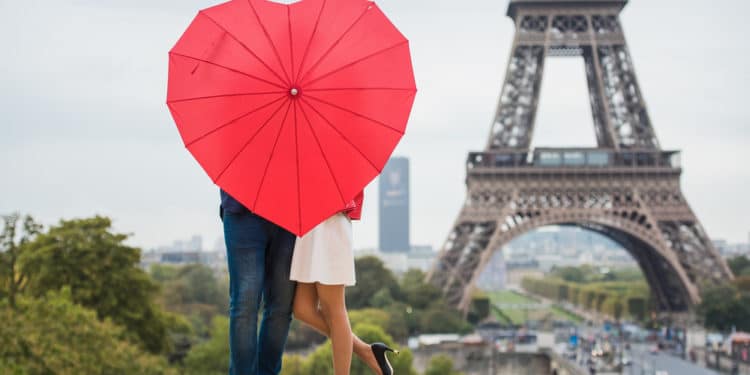 The movies make it seem that all you need to do is wait under the Eiffel Tower for your soul mate to appear or at least to get a date.  The truth is that it does take a lot more work than this.  If you are looking to meet someone in Paris, there are a number of tips that you should know about and ways to get started.

The Institut francais opinion publique or Ifop recently conducted a study into adults living in Paris and found that 43% of them were single.  This is higher than the national average of 33%.  Paris is also the home of a very large population of sexual minorities with around 12% identifying as bisexual or gay compared to the nationwide percentage of 7%.

In terms of sex, Parisians are seen as more adventurous than their provincial counterparts.  They will also have more sexual partners throughout their life at 19 people compared to the national average of 11.  This higher number is helped by one night stands which are more common in Paris.  Around 44% of Parisian men and 23% of women regularly have one night stands compared to the nationwide average of 31% and 16% respectively.

While these statistics are encouraging, there is one that is less so.  This is the fact that infidelity is also common in Paris.  Around 46% of people in the capital have admitted to this along with 40% across the country.

If you are familiar with the basic workings of Tinder, it is important to note that Parisians will have a different approach when it comes to using this app.  This approach is linked to the open-minded nature of the Parisians when it comes to meeting new people.  The result is an increased rate of right swipes.  This means that if you are a woman looking for a man, a match is pretty much guaranteed at any rate.

If Tinder is something that you feel is a little too intense for you at home, the cultural and language obstacles could make it a bad match at this time.  You may want to try the slow dating app Once instead.  This app will propose a human-made match for you from the pool of Parisian singles every day at noon.

Happn is a homegrown app that has been gaining a large user base and you may want to try it.  This French app looks at putting romance and chance back into the world of dating.  The app allows you to link up with people you have passed in your daily routine.  This means that if you catch the eye of an attractive stranger and are unable to get that first conversation in, the app will help you.

There are a number of other popular websites and apps that you can try.  This includes Bumble, Meetic, AdopteUnMec, and OkCupid.

Meetups And Other Ways To Meet People

Meetup is one of the safest and easiest ways ofmeeting new people in Paris if you are looking for friendship or romance.  The website has a lot of groups aimed at singles of all ages and identities.  There are some groups that are women-only while others are focused on expats or people over a certain age.  All of these groups will have a lot of people who are looking to connect with others.

According to Escort Paris, LoveSita there is another website called Pastas Party which organizes a range of fun events for singles in Paris.  The website is run by the online dating agency Meetic.  It was started in 2007 and is still going strong allowing people to meet at an activity that they both enjoy.  This could be cooking, cocktail mixing or dancing.  You will be able to see all of the events that are lined up via their online agenda.

If you want to take a more traditional approach, you can look for your potential match in a bar. There are two bars of the 20 arrondissements in Paris that are ideal for this.  This will be the 10th and 11th ones which are next to each other and have less touristy vibes to them.  The bars will be full of people who are single and ready to mingle.

Chez Jeannette is worth a mention and it is best to head out to the terrace if you want to do a bit of flirting.  Le Point Ephemere is a concert venue and cheaper bar on the Canal Saint-Martin that you can try.  La Petite Chaufferie has organic food and electro music which attracts a certain type of person and if you are one of them this will be the best place to go.

If you are in the south or east, you could find love at El Urbano over some cocktails.  La Baraque has a basement dance floor which has brought success for a lot of people.  If you are looking for something a bit low-key, try Aux Folies which is a bar that has become very popular with the hipster crowd.

Of course, it is important that you manage your expectations and that you stay safe.  Remember that meeting someone is not going to be like a Taylor Swift video.

Facing the Fear of Becoming a Dad