'Shameless' has your back no matter what you feel like watching 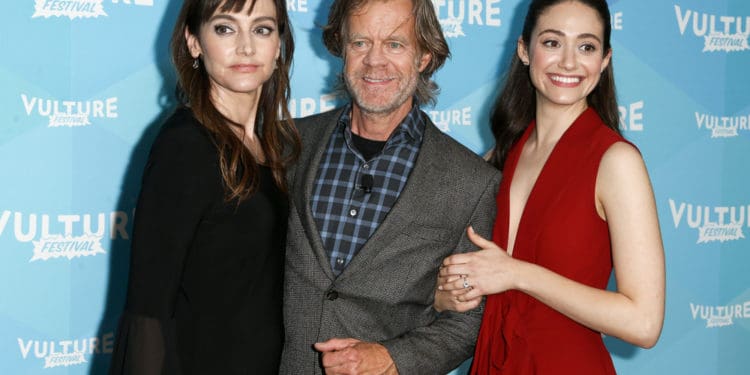 “Shameless” is a show about poor impulse control, poverty, and mental illness. But that doesn’t mean that the show is only an over-the-top squirm-fest like “It’s Always Sunny in Philadelphia.”

Based on the British television show of the same name, “Shameless” is one of the best examples of compelling television right now and has been for its past 9 seasons. Starring William H. Macy as Frank Gallagher, and Emily Rossum as his eldest daughter, Fiona, “Shameless” is a star-studded affair that doesn’t hold back on anything it delivers.

While 9 seasons may seem like a slog just to catch up to the series’ ins and outs, strong acting from the show’s top-notch cast makes binging on the series a lazy afternoon treat alone, or with friends. Below are the main reasons why you should be watching “Shameless” right now.

The Gallaghers are horrible but lovable

The characters in “Shameless” all have their own flaws, moments of weakness, and a tendency to commit horrid acts that are both morally and legally indefensible. While watching the Gallaghers’ schemes crash and burn is often amusing, watching them find success in their endeavors is just as heart-warming.

As an example, while Frank Gallagher has a tendency to jump at every money-grubbing scheme he can think of – like joining a hobo competition to win $50,000 – he does have genuine feelings about becoming a good father despite his failures with his current children. Even with all the horrible acts that the Gallaghers commit, their actions are driven by simple desires for love, family, and a better life.

The drama is just as good as the comedy

With a solid cast of actors, “Shameless” is chock full of hair-raising tension and drama just as much as Frank and most of his sons get into slapstick like situations. The show’s drama can change from well-deserved life beating for some of the characters to a heart-wrenching loss against all odds.

“Shameless” wonderfully balances the drama and the comedy with both unlikely and logical conclusions to the Gallaghers’ horrible actions making themselves known in each episode. This makes it a series that’s easy to binge-watch regardless of your current mood.

For all their faults, the Gallaghers exemplify resilience

Not all the Gallaghers are role models, but the very best of them do exhibit resilience in the face of great adversity. Even when they’re selfish, some of the Gallaghers step up to make sure that rest of the family is taken care of until the troubles are through.

Fiona has usually stood as the family matriarch during most of the season’s run but with her current situation in “Shameless” season 9, it looks like Debbie (Emma Kenney) is putting her best foot forward for the sake of the family. The Gallaghers always end up in bad situations because of their flaws, but they do find ways to bounce back from their problems.

And they love each other in their own way

Even with a cursory viewing of a few “Shameless” episodes, the fact that the Gallaghers love each other very much is immediately apparent. Even more so with the perpetually irresponsible Frank Gallagher.

Fiona has made multiple sacrifices throughout the years for her siblings and father that when she eventually starts self-destructing, her brothers and sisters find a way to help her out in the little ways they can. Even when they’re all usually on the brink of poverty, the Gallaghers tend to find a way to pitch in if anyone in the family needs the cash. And despite being a serial alcoholic, substance-abusing, deadbeat father, Frank has some particularly tear-jerking moments while considering how his children have grown up despite his unreliability.

If you’re still on the fence about taking “Shameless” out for a spin, the fact that show regular Emmy Rossum is leaving the show after season 9 means its the perfect time to follow her exploits alongside the rest of the show’s cast. Unfortunately, only the British series is available to stream on Netflix at the moment, but if you’re dead set on starting down the “Shameless” rabbit hole, consider a subscription with Showtime for some explicit Gallagher viewing.

5 Tips on How to Take a Mental Health Break