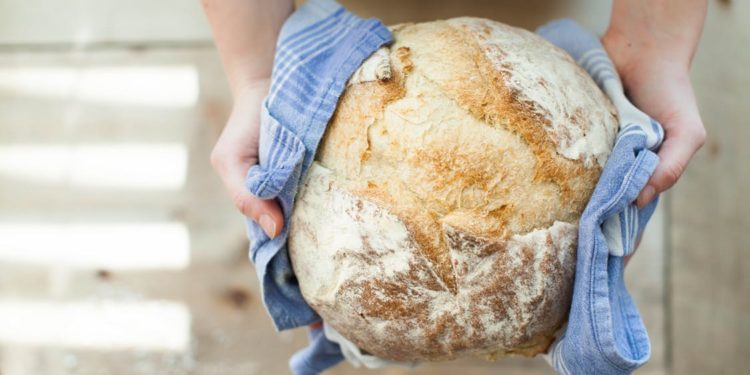 Bread has been around for thousands of years, and was among our ancestor’s staple food. Until now, bread is a billion-dollar industry that served millions of families around the world. It is also one of the most consumed foods globally, mostly because it is easy to eat, tastes good (even without spread or filling), nutritional content, and portability.

There are many types of breads, including white bread. It is also one of the most popular breads in the world. Slather it with cheese spread or peanut butter and jelly, or make BLT (bacon, lettuce, tomato) out of it… the possibilities are endless. Contrary to popular belief, white bread not only pertains to loaf slices. It can also refer to baguettes, baguettes, and pizza, too.

Many people are already aware that white bread is a big no-no especially when they’re on a diet. However, these same people often do not realize that that French baguette or bagel you grabbed for breakfast is pretty much the same as eating white bread.

With that being said, here are the following reasons why you should eating white bread as much as possible:

1. White bread will make you fat

Eating too much white bread can promote weight gain. Because white bread is made from refined carbohydrates, excess sugar in your blood stream will convert into body fat, unless you sweat it out through physical activities. In addition, white bread will not keep you satiated for too long due to the blood sugar crash. As a result, you will tend to eat more than you should.

White bread is primarily made from refined flour, which technically contains little amount of nutrients our body needs, such as fiber and protein. Instead, only the starch from the grain is left behind, although most white bread contains B-vitamins and iron. Thus, if you are looking for a fiber- or protein-rich food, don’t rely on white bread because it contains neither of the two.

3. White bread is full of additives

Aside from having minimal nutritional value, most white breads contain additives, conditioners, and preservatives that lack nutritional value as well. These are only added to make the bread softer and have a longer shelf life. Remember, any food that is processed or has a shelf life of at least a year is not good for our bodies.

White bread, when ingested, is rapidly digested and absorbed due to its low fiber and protein content. In effect, the blood sugar instantly spikes and then suddenly crash. As a result, it can cause irritability and the urge to reach out more to sugary foods to fill your hunger, and this cycle just goes on and on.

5. White bread is not recommended for diabetics

According to a 2010 study, people who consumed less white bread and more whole grains everyday have lesser risk of type-2 diabetes. Because white bread is made from refined carbohydrates, blood sugar levels rise and excess insulin pushes the sugar into the cell. In time, the cells become resistant to insulin and unable to control blood-glucose levels.

6. White bread can mess up your mood

A 2015 research revealed a connection between the consumption of refined carbohydrates including white bread and depression among post-menopausal women. Likewise, high levels of blood sugar can affect your mood and increase feeling of fatigue that can lead to depression.

Alternatives to white bread
Among healthier bread alternatives include whole-meal bread and gluten-free breads, the latter of which are ideal for people with allergies.

According to the American Heart Association (AHA), whole grains are rich in B-vitamins, iron, magnesium, selenium, and dietary fiber. Moreover, eating fiber-rich foods such as whole grain bread can reduce your risk of cardiovascular diseases, diabetes, colon cancer, and obesity.

With these mentioned, here are some ways to keep you away from white bread: