Your Top Dating Advice From Women to All You Hungry Men 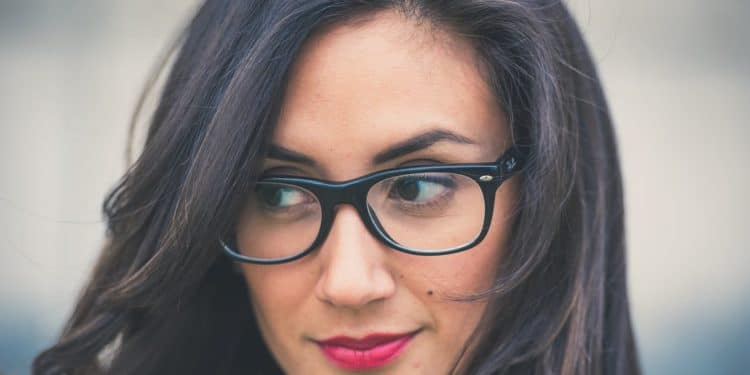 When it comes to picking up a pretty lady, getting dating advice from women is your best bet. Why? Because we know what we want from a guy.

You always see guys dishing out dating advice for other guys and quite frankly, it just doesn’t quite make sense. Unless those guys are really successful in the dating world, you’re looking for tips in all the wrong places. Instead, you should be getting dating advice from women.

We know what we want to see and we’ll be more than willing to share that information with you. The truth is, women know they’re a little hard to please sometimes. We overthink things a lot and in order to make figuring us out a little easier, you probably want a few pointers.

Luckily, I’m here to give you the top dating advice from women. Instead of going out into the dating world blindly, find out what women are looking for specifically. That way, you can impress the hell out of a lot of them.

By “annoying,” I mean anything that is over said or super obvious. Yes, women like to be told they look great. However, we also like to be told we have interesting hobbies, great taste in music and awesome outfits. We want compliments that have less to do with our looks and more to do with something that we’re passionate about.

Even saying that a woman’s hobbies are really interesting can get you a lot further than telling her she has stunning eyes. A woman’s looks are basically something she can’t really control. Her passion, however, is much more near and dear to her heart.

The next time you find yourself talking to a pretty lady, compliment something that’s not related to her physical appearance first. It makes you sound interested in her for all the right reasons.

2.Get rid of your cheesy pickup lines

Some pickup lines can be a humorous way to break the ice but more often than not, they just make you seem desperate. Not only that, but women will also think you use that same, overused like one very single girl before her.

She won’t want to be just another person you’re trying to pick up. She wants to feel special. The best piece of dating advice from women would just be to introduce yourself. Walk up to her, hold out your hand, tell her your name and say hello. It’s really that simple.

This makes you seem interested in her but it also shows her that you respect her. Appealing to her as someone that’s your equal will always get you further than some random, ridiculous pickup line you’ve heard a hundred time in various romantic comedies.

While some guys can get away with the shy, timid look, most can’t. It usually just makes you seem very awkward and uncomfortable. You know what women find really sexy? Men who feel great about who they are. This makes you seem like a lot more fun to be around and if you think you’re great, women will find more reasons to think you’re awesome, too.

That being said, there’s a fine line between owning your confidence and being cocky. If you’re walking around boasting about how much money you’re making and how much ass you get, women will turn around and never look back.

Know your worth but remain humble. If you feel good about yourself, it’ll show. Women are attracted to men who are comfortable in their own skin but don’t announce their accomplishments to everyone within earshot.

4.Stop asking us about our jobs

This might be a piece of dating advice from women that you aren’t used to seeing but it’s a great one. Firstly, not many people enjoy their jobs. They don’t really want to talk about how they spend their time for the majority of their day. What women really want to talk about are their passions. Secondly, she’s out to have a good time. Talking about a job that she doesn’t like won’t do that for her.

It’s a woman’s hobbies and interests that will keep her talking to you all day. Not only will you get to know way more about her by asking what she loves to do, she’ll be impressed you wanted to dig that deep right off the bat. Ask about her interests and you’ll be one step closer to dating her.

5.Keep any sexual comments and jokes to yourself

There’s a time and place for dirty jokes and raunchy humor but your first few encounters with a woman are not it. Yes, women can joke and laugh about sex but that’s after they know a man well enough to know he’s not going to think all she wants is sex.

Because society puts such a stigma on “sexual” women, they have to be careful. And if they sense you making those types of jokes way too early, they’ll think you only want sex from them. Even if you have a very naughty sense of humor, scale it back when you first meet a woman and it’ll go much smoother for you.

Dating women isn’t as hard as you make it. To be honest, if you just treat the girl you’re interested in like a real person and try to get to know her, it’ll turn out much better for you. Take this dating advice from women seriously so you can get out there and find the one for you.

Your Top Dating Advice From Women to All You Hungry Men