From her colorful diet to weight-training exercises, find out more about Bar Paly and what she does to maintain such an amazing physique. 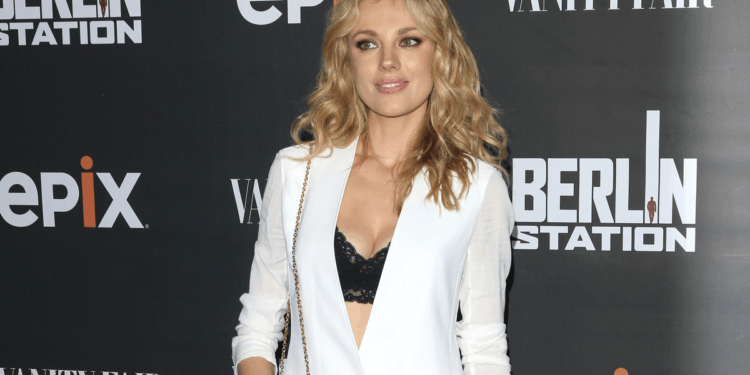 Bar Paly is one of Hollywood’s hottest actresses right now and whatever movie or show she acts in is an instant hit! Paly is not only gorgeous but her physical fitness is another aspect of her beauty. We just love her jawline, toned abs, and thighs, but that has not come easy for her!

The secret to her looking physically fit and so flawless are hardcore workouts and of course, some amazing diet plans! If you are someone who has been wondering about her diet or how she has been managed to keep herself so fit, we have got hold of some of Paly’s favorite fitness tips you might want to know about.

But first, let’s get to know this beauty a little better.

Who is Bar Paly

Paly is a Russian-born actress who started her career at the age of 17. During her childhood, she was very fond of music and acting. In fact in her schooling years, when she moved to Israel, she performed in a number of theatre plays.

She started off as a model and as a cover girl in magazines such as GQ, Maxim, and Rolling stone. The first time she appeared in American TV shows was when she moved to LA. You might have already seen her in famous sitcoms such as How I Met Your Mother and The Starter Wife. Her appearances were not only limited to TV shows, she also appeared in a horror movie like The Ruins.

Fast forward in 2013, she appeared in two hit movies A Glimpse Inside the Mind of Charles Swan III and Pain & Gain alongside the famous Dwayne Johnson. She has a recurring role of the American crime drama NCIS: Los Angeles in which she has acted brilliantly!

In 2013 Paly was selected among Maxim’s Hot 100 List for the World’s Sexiest Women and truly, she deserved it all!

How Does Bar Paly Manage Such a Remarkable Multi-dimensional Lifestyle?

Being a leading model on television and in movies is not an easy task. So how does Bar Play manage it all? In a Women’s Fitness interview, Paly admitted that it does get crazy for her sometimes.

She works in three different time zones in some months. It does sound impossible but she does it all and she is quiet happy doing it. However one thing she really emphasized on was getting enough sleep and eating right was the key to staying active and energized.

Let’s talk about Paly’s fitness recipes which help her in keeping fit. However these recipes are just not composed of her diet but her fitness routine also has a major role to play in it!

One thing that Paly has clearly told in her interviews is that she does not restrict her diet. Her diet is not plainly Keto, Paleo or a protein diet, in fact she makes sure she is taking everything healthy. This is also very important to keep the energy levels up!

Paly is against artificial dietary supplements and she feels that if there are vitamin requirements to be fulfilled, they must be done so in a natural way. She recommends incorporating loads of fruits and vegetables in diets to reap maximal benefits.

Paly is a fan of organic fruits and vegetables and that is what she most incorporates in her diet. According to her, she keeps her diet as colorful as possible which means she takes less carbs and more vitamin and fiber rich recipes.

This is one of the key ingredients to her recipe of fitness. “Girl’s don’t be afraid of weights,” she says. Weights help building muscle mass and keeping in shape.

Yet another one of her well-kept secrets to a fit physique. Paly says she even takes fitness bands with her while traveling so that she never misses out on her routine. You can take them anywhere and they will help to strengthen your muscles.

Yet another one! This is a fitness recipe you must try! Paly does the Hula Hoop which is not only fun to do but burns calories around the tummy area. This is great for core strengthening and if you want to burn some fat fast and with the simplest gadget!

No matter what workout or diet you take, a good trainer can do wonders! At least for Paly, it did. She advises that a personal trainer can customize a workout routine for you which will be effective and be just right for you!

Bar Paly’s fitness-friendly recipes and tips can help you stay fit no matter where you are. Just remember to eat right and get enough rest. If you are someone who is looking for motivation, you can make Bar Paly, the fitness goddess your role model and start getting on the track to fitness with her tips!

5 Simple Ways to Stay Hydrated All the Time

How Billie Kay Stays Healthy On the Road

Why Didn’t the Ferrari California Become Popular with Ferrari Enthusiasts?