Sacrificing beer for a tight summer body? No need! 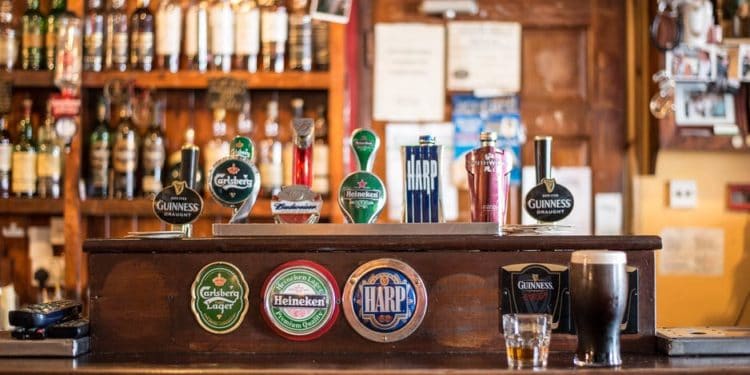 Inevitably, you’re invited out for beers by the beach or on the boardwalk and are forced to say something super lame like “I’ll come out but I’ll just be drinking water!” or some variation of it.

This goes beyond a common misconception, most people straight up swear off beer while they’re working on their body. By no means is this the wrong thing to do, beer is a bunch of empty calories after all. Do you really want to sacrifice all those delicious calorie chugging opportunities though? You don’t have to.

Remember, Weight is a Numbers Game

Let’s get something straight here, losing and controlling your weight is a numbers game and don’t let anyone tell you otherwise. Meaning that you really can’t consume anything in excess and avoid gaining weight. Your body demands a certain amount of calories to remain functioning optimally day to day, so figure out that number before you even get started counting calories.

This is calculated roughly by multiplying your bodyweight by ten. So if you weigh 160 pounds, you should be finishing your day with a solid 1600 calories to remain the same weight. [Trying to lose weight?](https://www.activeman.com/lets-get-rid-of-that-stubborn-belly-fat/) Eat less. Trying to gain weight? Eat more. It’s that simple. Eat right, and burn off any excess calories in order to build mass.

You Don’t Have to Give up Beer to Lose Weight

With all that being said, the average can of beer has over 100 calories in it, so drinking one is equal to having a bag of chips, or some similar snack. I’d even go so far as to say that you should avoid snacks altogether on days you plan on boozing. No, drinking light beer doesn’t matter. It’s slightly healthier but not enough to really matter in the full scope of things.

You’re more than likely convinced that if you drink too much beer, you’ll automatically achieve a beer belly. I’ve got news for you: a beer belly comes from not doing anything after drinking a bunch of beer. If you have a healthy work out regiment, you won’t get a beer belly. It’s that simple.

The Best Workouts For Burning All That Beer

Getting into the gym is the first and best step, but some exertions are better than others for simply shedding calories. Swimming is an excellent calorie burner, burning the most calories per hour than any other cardio work out you can think of.

If you’re not the best swimmer, (like myself, despite being a Pisces, embarrassing I know) turn to use the elliptical glide, or even running.

Some people aren’t the biggest fan of cardio, which is totally understandable, I wasn’t for the longest time. There’s even some evidence that cardio conditioning could be killing your muscle gains, but I’ll get into that some other time.

If this is the case for you, the simple standby workouts will be perfect for burning off all that beer. I’m talking about conventional moves like squats, push-ups, sit-ups or crunches, all the stuff you were forced to do in physical education back in school. Stick with the magic numbers: 10 and 20. Do a set of 10 of each, followed by another set of 20.

If you really want to be actively burning off those beers, do these sets of simple workouts on the day you know you’re going to be chugging brews with the boys.

Try to Avoid Most Hard Alchohol if Possible

I’ve covered this before, but you’re going to have to avoid drinking those fancy mixed drinks if you want to drink and stay looking lean. Hard alcohol is most damaging to your muscles, increases your fatigue, and causes you to take more time in between exercises before you’re fully recuperated.

Beer though. Beer has been proven to actually do some small wonders for the body, lowering high cholesterol, the risk of heart disease, and even impotence. So get out there and chug those beers with your friends, just make sure you hit the gym right after.

Top 5 Headphones That Came Out This Year