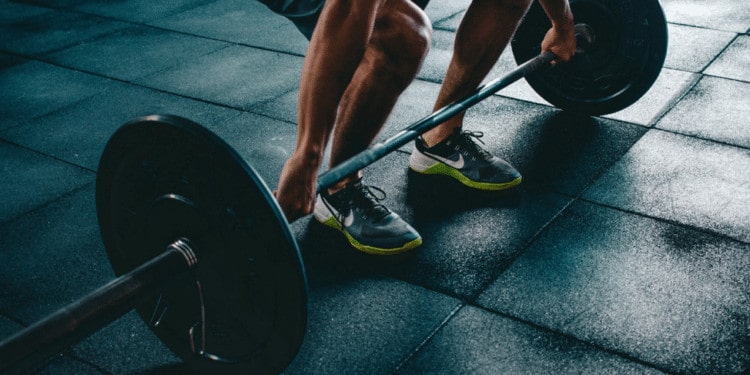 Testosterone is one of the most important, and well-known, hormones in the human body. Although it is present in male and female bodies, it is highly present in males as it is mostly responsible for the physical developments that take place during puberty.

The role of testosterone doesn’t stop there; it carries on to adulthood where it preserves a man’s body shape, promotes muscle growth, maintains libido, and virility, too. So, in general, it is quite important to maintain healthy levels of testosterone. In order to do that, there are several methods that can easily be done by anyone who wants to keep their testosterone levels up.

Food has a huge influence on our lives in general; from our mood, to our physical health, to hormone levels, food has total control. That being said, the quality, as well as, the quantity of our intake can influence rises and falls in the amount of testosterone produced by our glands.

An unstable diet of an extreme nature can easily throw off your testosterone levels. This is one of the reasons people suffering from eating disorders suffer from a low sex drive. However, it is a problem that’s easy to fix. To maintain healthy testosterone levels, you need to consume an appropriate amount of protein, carbs, and healthy, unsaturated fats.

Anything Detrimental to the Hormone

There are a lot of testosterone boosters available in nature; however, only some are backed up by science. That’s why is always a good idea to stay up to date with the latest news in scientific research. It’s important to know what can be effective in boosting your testosterone levels and what can be harmful.

Most famously, we have ginger which, among its plethora of health benefits, can boost the male sex hormone. According to several studies done on animals, and infertile men, the consumption of ginger has managed to boost testosterone levels by almost 17%.

There’s also an herb called ashwagandha which, in addition to having the same effects as ginger on infertile males, has been proven to boost testosterone levels by 15% in fertile males.

Science has proved that the relationship between testosterone and fitness goes both ways. Testosterone boosts fitness levels, and vice versa. Research proves that while most workouts impact testosterone levels, high intensity workouts, and weight lifting work the most.

It’s all about stimulating the body to release the hormone which is easily done by creating the need to build muscle. Keep in mind that exercise is not as effective without a balanced diet.

Now, having said all of that, it is highly recommended that you try to incorporate all of the methods mentioned above in your daily life. In doing so, you’ll be guaranteeing yourself faster results than what you would have gotten while using only one of those techniques.

Finally, make sure that you remember that low testosterone levels aren’t a measure of manhood so, don’t stress about it; after all, stress can actually be counter-intuitive.

4 Breathing Tips To Boost Your Cardio

How To Be More Masculine