4 Understandable Reasons Why Older Men Stop Exercising, and Why These Reasons Are Wrong 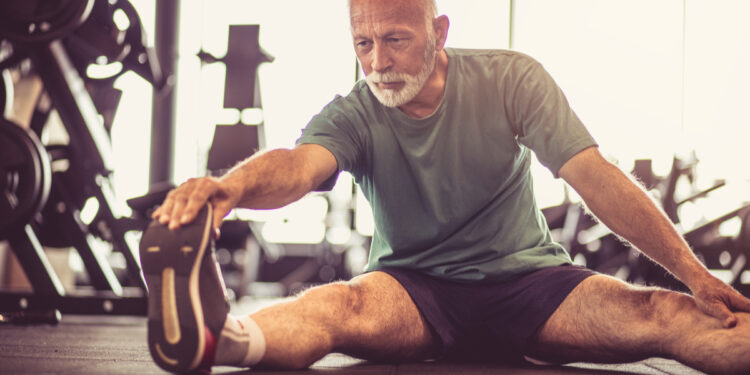 Men who enjoy or even excel at sports in their youth typically slow down as they age—or even give up sports entirely. Whereas roughly half of Americans ages 12-21 are active on a regular basis, only about one in four ages 65-74 regularly hit the gym, the field, or the slopes. There are plenty of reasons why men stop exercising, and many of them are understandable.

Here are four understandable reasons why men stop exercising, and why these reasons are wrong.

The very fact that men’s bodies slow down as they age can make them feel discouraged and unmotivated. Even men who live in senior living communities with easy access to gyms and other health facilities may come to feel that exercise is but a sad reminder of the glories of yesteryear. Why exercise the body at all when the body ain’t what it used to be?

Life becomes so busy for men in their older years! They may work demanding jobs, have children, struggle with health problems, take on tons of work outside of work (like coaching their kids’ baseball team), or all of the above.

When men are too busy, they may believe that they simply do not have time to exercise—that, or that exercise is their last priority. Why take care of yourself when you must take care of so many other people and things?

3. Fitness is Only for The Fit

When older men get tired and out-of-shape, they may come to think that there’s no point in exercising or that they’re too unfit to try.

4. Exercise Is Too Risky

Whenever anyone does anything physical, they risk injury. That’s just how the body works. As men age and their bodies become more prone to injury, men may come to fear that exercise will hurt more than it will help them.

For instance, men with heart problems may fear that exercise will only exacerbate their problems. After all, if their doctor tells them to keep their heart rate low, then it must be a bad idea to get it pumping. Won’t exercise increase the chances of having a heart attack? Isn’t it much safer on the body to watch TV?

Why Men Are Wrong

Yes, as a man gets older, his body stops being what it used to be. And yes, life gets far too busy, being out-of-shape makes it harder to stay in shape and the risk of injury increases.

These are four understandable reasons why men stop exercising in their older years, but all four of these reasons are misinformed.

When you separate the truth from the myths, it becomes clear that simply put, if you can exercise, then you should exercise. Exercise for older men does more good than harm.

Exercise can reduce the health risks associated with old age, including diabetes, heart disease, and arthritis.

Put The Headband On!

Not all sports go well with old age. Football, hockey, and hang gliding are probably not great ideas for seniors. But vigorous, moderate, and light activity can be very good for your body and mind at virtually any age.

These activities include golf, swimming, squash, and walking soccer.

So lace up your shoes, tighten your shorts, and put on your headband. Exercise is medicine.

Chest Press Machine: How to Use Them and Avoid 3 Mistakes