The surprising reasons you're not seeing results 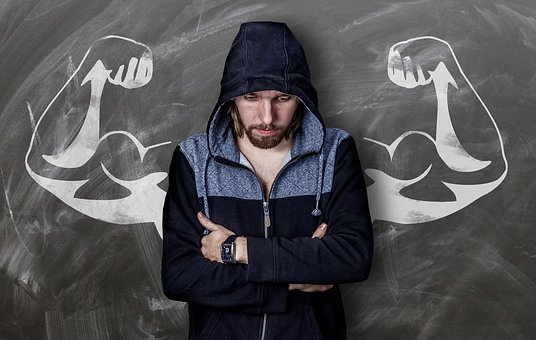 Imagine putting your body through all that pain in the gym for nothing.

That’s not a deal many people would sign up for…

Yet, it’s one that loads of people are getting, because they’re making basic errors that destroy their progress.

Here are five common errors that will ruin your fitness goals if you make them.

This lack of recovery time for your body will stop you performing at your best in the gym the next day.

What’s more, cortisol messes with your willpower, making you more likely to reach for that junk food before cheat day. Bad news if you’re on a cut.

It sounds absurd for anyone to spend weekdays on the strictest cutting diet, only to get blasted on Friday and Saturday night.

A pint of lager contains 180 calories. Down four of five of these on the weekend and it’s likely you’ll undo all the good work from your diet.

Now, consider the effects that a hangover will have on your performance in the gym the next day, plus the increased urge to reach for junk food as your body flushes out all that excess alcohol.

Drinking culture is one of the unhealthiest habits for anyone to indulge in, especially people trying to achieve fitness goals. Yet, in certain parts of the world, it’s also one of the most common mistakes.

Poor form is the mistake that most people don’t even know they’re making.

When your form is bad, you’ll still feel all the pain from the exercise, but far less gain.

The most common reason for poor form is poor knowledge of what makes good form. That’s why it’s well worth investing in a personal trainer, if only for an introductory lesson at the gym.

The other reason it happens is that you’re pushing yourself too hard.

Reduce the size of the weight you’re lifting until you can hold it at maximum tension for up to five seconds. This’ll help you see faster results than lifting heavier weights with poor form.

Failing to mix up your routine

The human body is very intelligent when it comes to preparing itself for whatever it is put through.

When you put yours through physical strain it’s not used to, it recovers and grows back stronger.

However, it’ll eventually get used to the strain you put on it. This is when the muscle growth or fat loss process plateaus.

The best way to avoid a fitness plateau is to mix up your workouts. Add some variety to your routine so your body can’t develop that predictability. It’ll keep your progress ticking along nicely.

Not setting targets at all

Humans have a limited amount of willpower, and we all need to do whatever we can to stop us giving up our fitness routine.

One of the most powerful motivators is to set a goal to hit in an achievable amount of time. The sense of accomplishment when we hit it feels fantastic and will drive us to work out even if we don’t really feel like it. The disappointment of not hitting a goal in time motivates some people even more.

Without giving yourself a goal to hit and a reason why you want to hit it, you’ll likely start skipping gym days, slipping back into old habits and watching all your initial hard work fall down the toilet.

For more advice on becoming more motivated to stick to your routine, see our guide.

8 Ways to Make Your Relationship Last

Saving Money is Not That Hard: 6 Ways To Help You