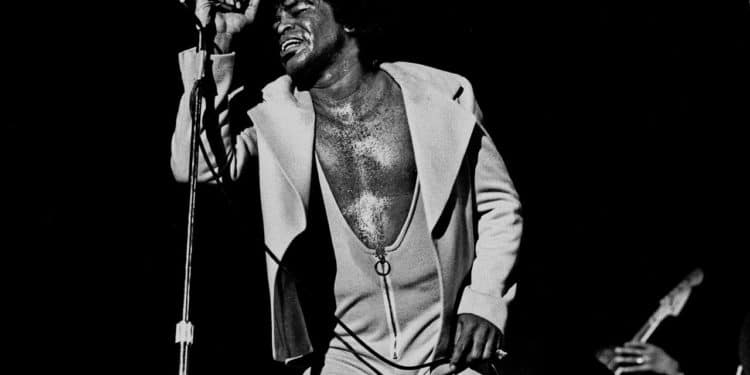 We’re taking a break from covering the usual electronica, hip-hop, and alternative music to go back to a musical star that has defined an era of music. Known for his powerful voice, charisma, flamboyance, and extreme eccentricity, James Brown was a musical juggernaut throughout his life – inspiring musicians both past and present.

But James Brown’s life is not all celebrity stardom, roses, and pleasure. The man had a well known history of domestic abuse that was amplified even more by CNN’s recent investigative series which opens up the possibility that he was murdered.

James Brown’s life may have been tumultuous and filled with contradictions – and continues to be so even when he’s already six feet under – but it’s undeniable that the “Godfather of Soul” has left a cultural mark best exemplified by the songs we’ve compiled in a list below.

James Brown’s most iconic song, “I Got You (I Feel Good)” has made numerous appearances on television and on the silver screen. The song’s catchy brass section is one of the best examples of the energy that he and his ensemble put into the music.

Papa’s Got A Brand New Bag

“Papa’s Got a Brand New Bag” is the song that got James Brown his first Grammy Award and was the first song to feature the distinct downbeat funk sound that Brown would continue to improve on and birth a whole new genre of music.

James Brown’s 1970 single that just oozed of attitude and self-congratulations is one of the prime examples of Brown’s capacity to recognize his hits before they even make it out to public. The popularity of the song is evident in the multiple media appearances throughout the decades.

Get on the Good Foot

1972’s “Get on the Good Foot” is James Brown’s first sales certified gold record and would be Brown’s best selling single since he released “Say It Loud – I’m Black, and I’m Proud” in 1968. It’s said that Brown had such confidence in the song that he withdrew the official release of “Ants in My Pants” to pave the way for “Get on the Good Foot,” which went on to chart #1 on the R&B charts, and #18 on the Pop charts.

Get Up (I Feel Like Being a) Sex Machine

The wild energy between James Brown, his backing singer Bobby Byrd, and the band’s rhythm section is the core of this song. The horns section don’t feature as heavily in the song as the emphasis is on the beat and Brown’s charismatic presence – both on stage and in the recording.

I Got the Feelin’

The Jackson 5 famously audition for Motown in 1968 with a video performance of “I Got The Feeling” featuring then 10-year old pop music legend Michael Jackson doing his own James Brown take. Who knew that Jackson would go on to have as controversial of a life and death as the musician he was covering during the early years of his career?

Our Favorites from Stüssy’s Fun and Psychedelic Spring 2019 Collection