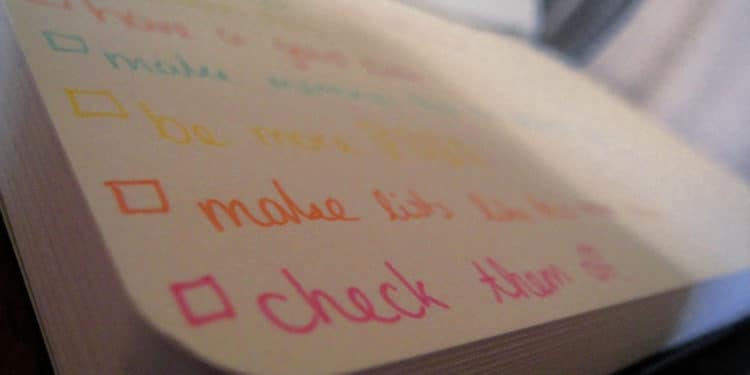 Do you struggle to keep your New Year’s resolutions? You’re not the only one…
A recent U.S News study suggests that 80% of resolutions fail by February, and it’s probably because most people go about them the wrong way.

Many believe they’re resilient enough to amend a lifetime’s worth of bad habits without any preparation as if the power of the calendar is enough to gift them that extra willpower.

However, if anything, the opposite is true. A cold wet month like January, when people are statistically most likely to split up with their partner or be in debt, is arguably the most difficult month of the year to try and improve yourself.

Nevertheless, if you’ve set a New Year’s resolution, here are seven small steps you can take to improve your chances of sticking to it.

1. Accept you won’t be motivated all the time

In early January, you might be super-motivated to stick to your resolution. It’s likely you’re beaming with pride having taken on this self-improvement challenge and constantly daydreaming about how much better life will be as a result.

Sadly, many people make the mistake of believing they’ll feel like this forever. They don’t realize it’s natural for motivation to fade over time. So, when they find themselves not feeling as motivated as in the past, they end up slipping back into their old habits.

The key to avoiding this is accepting that you won’t always be motivated to stick to your challenge, but promising to do so anyway. It’s easier to ride through the testing moments if you’re prepared for them.

Motivation can’t be relied on in the long-term. Discipline can.

2. Focus on actions, not results

Make sure your resolution is focused on actions, not results.
Instead of ‘I’m going to lose 50lbs’, consider ‘I’m going to go to the gym three times a week’.

This not only gives you a clear plan of action but also stops you being demotivated by things you can’t control.

This small attitude shift can help you feel more positive about your change. Rather than focusing on what you’re missing out on, concentrate on what you ARE doing.
If you are giving up something in 2018, find something to replace it with. Then, change the wording of your resolution appropriately.

For example: ‘I’m going to chew nicotine gum whenever I crave a cigarette’ or ‘I’m going to eat salad for lunch instead of doughnuts.’

4. Give yourself an end date

This sounds counter-productive. Why would you commit to bettering yourself for a month if you want to stay that way forever?

The answer is that challenges appear more achievable if there’s a deadline involved. The prospect of adopting any routine forever can be too overwhelming, so we give up or fail to even start. With this in mind, set yourself a four-week challenge, and then decide what you want to do afterward.

It’s likely you’ll want to stick with it, as studies have shown it takes 28 days for the human brain to adapt to a routine. Any sort of challenge becomes easier to continue after this time period.

Make your resolution public and you’ll be more likely to stick to it. The humiliation of admitting failure to friends can serve as great motivation to continue anything. Why not tell all your social media contacts about your challenge?

Willpower is finite, and it’s not transferable.

If you’ve spent the day resisting cigarettes, you’ll find it more difficult to turn down the dessert that evening. Typically, in this situation, you’ll cave and both good intentions will go out the window.

With that in mind, make just ONE New Year’s resolution, and add in further good habits throughout the year.

7. Remind yourself of the rewards

Serve yourself regular reminders of why you’ve decided to make this change. Find a picture of the ultimate reward. Stick it in your fridge. Make it the background on the phone. Stare at it in the moments you consider giving up.

As Les Brown said: “When your why is big enough, you’ll find your how.”

When is the Best Time to Take Your Weight Loss Training to the Next Level?