From its innovative compact design and fuel-efficiency to its engine specs ,find out what made the Honda CRX so popular throughout the world. 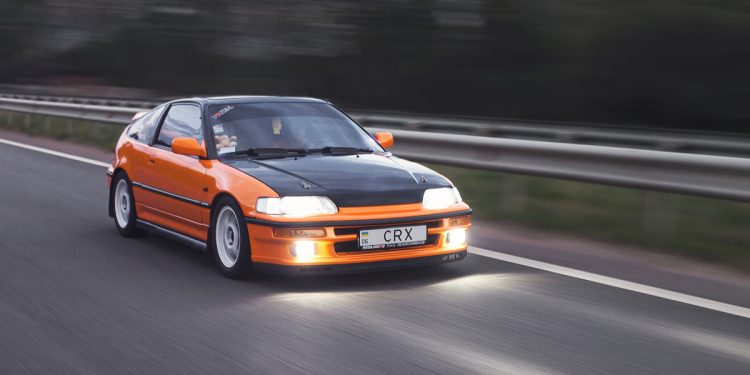 The Honda CRX was one of Honda’s most popular vehicles during its initial foray into the North American market. More than 50 years ago, Honda sold their first car, the N600, in the US, which had only been sold in the U.S. for a few years, but it successfully opened the proverbial floodgates for the company to sell elsewhere. They were able to launch more successful vehicles like the Honda Civic and the Honda Accord in time. It also cleared the way for cars like the Honda CRX, which was finally released a little more than a decade after the first wave of the N600 in the U.S.

Unfortunately, the Honda CRX has not been around for a very long time in the grand scheme of things. It wasn’t as big of a splash as the Civic and Accord. So they didn’t enjoy the same kind of longevity as the two cars.

But for a short time, the Honda CRX has mesmerized many American drivers while making its mark on the automotive world. Learn more about the Honda CRX and its contributions to the car community below.

Shortly after releasing the Honda Ballade, the automobile company decided to rework some of the car’s features and bring it to the U.S. They created the Honda CRX specifically for the North American market and launched it for the first time in 1983 as the 1984 Honda CRX. There has been a lot of debate over the years as to what the “CRX” stands for, with “Civic Renaissance Experimental” being one of the most widely accepted definitions of the CRX acronym.

Just like a lot of the other vehicles that Honda produced at the time, the original Honda CRX was a compact car. More specifically, it was marketed as a “Kammback,” which is a term that refers to a rear-facing car with a flat vertical surface on the back. The Honda CRX had only three doors, and it was on the smaller side of the interior with a 2+2 seating arrangement that had just enough room for the driver and the passenger in the front and the children or the occasional adult passengers in the back. This allowed Honda to use a very tight and compact design when putting the CRX together.

The original Honda CRX was released at a time when the oil crisis of 1973 was still fresh in many minds. The oil crisis caused a gas shortage in many parts of the U.S., forcing people to rethink the fuel efficiency of their vehicles for the first time. The Honda CRX—and a lot of other compact cars like it—offered fuel efficiency that people just couldn’t find in a lot of larger vehicles. Honda claimed that the CRX could travel anywhere from 50 to 70 miles per gallon depending on driving conditions. That’s one of the reasons why about 50,000 people bought the 1984 Honda CRX.

It’s also why sales rose to nearly 60,000 in 1985, and then to more than 65,000 in 1986, before coming back to Earth a little in the years that followed. But the fuel efficiency of the Honda CRX is not the only reason why many Americans fell in love with the car. They also loved the performance that they offered thanks to the 1.3-liter aluminum CVCC engines (economy model) and 1.5-liter aluminum four-cylinder engines (sport model) tucked inside and appreciated the incredible handling that they also provided. It was clear that Honda had a huge hit on her hands almost from the beginning.

Although it was quite clear that Honda had come up with a winning formula for success when designing the original Honda CRX, the company continued to push the boundaries in subsequent years to improve the 1984 CRX. In 1985, for example, they removed the CRX economy model and released it with an HF (high fuel) model with a 1.5-liter engine in it capable of providing people with even better fuel efficiency. They also released a “SI” model (sports/injected) with a very powerful 1.5-liter SOHC PGM-FI engine as well as technologically advanced features such as a power sunroof, remote exterior mirrors, and more.

You probably didn’t expect to see the first gene. CRX on this list, given how much more popular the ’88-to-’91 version is, but this mid-80s example is one in a million. Powered by an authentic Mugen N1-spec Civic Type R engine with an ITR transmission, the suspension was designed with the Heel-Toe Auto Medieval Pro V1 coil overs and the Mugen torsion bars to help keep pace with the newfound power.

You’ve seen every possible Honda swap under the hood of countless CRX builds, but you probably haven’t seen too many S2000 swaps and back-wheel configurations like Aaron Weirs.

If you’re a long-time Honda enthusiast, you’re sure to remember the impact that Hawaii’s Honda builders had on the internet in the early 2000s. At a time when forums and print magazines were the main source of information sharing, the Endless Garage crew was churning out some amazing track and show-worthy buildings, one of which was a Mocha-colored CRX.

Forget the correct details and underpowered engines of the past, this HF model (the lightest option produced by Honda) has been modernized with a 2.4L K-series that is fitted with a Borg Warner S257SX-E turbocharger that helps pump out more than 400hp.

Your Guide to Improving Your Overall Well Being

3 Awesome Gestures Your SO Will Love