A24: The Making of the Edgiest Indie Film Company Right Now 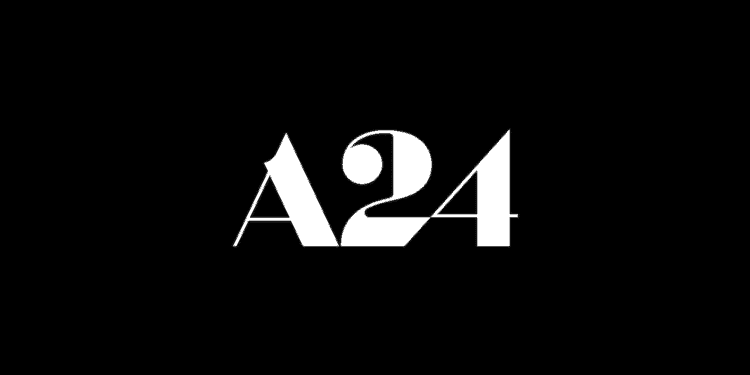 As Hollywood endures a massive overhaul as a result of years of misconduct, the indie film industry has swooped in to take control. Even before the controversy, the big budget films have faltered on the big stage in recent years — with the exception of Disney’s Marvel Cinematic Universe and Star Wars franchise of course. Many indie film companies have risen to the occasion, producing some of the most impactful films in recent memory. These days the film festival circuit has become even more instrumental in finding the hidden gems. For instance, Netflix and Amazon Prime have gone crazy buying the rights to indie films at Sundance and the Toronto Film Festival in the last couple years. The unorthodox approach has paid off.
But there’s one production company that is clearly head above the rest. The ascent of upstart A24 Productions is remarkably, and ironically, reminiscent of Miramax of the 1990s. The company has gained the “cool-kid reputation” and is on a historic run of critically-acclaimed films, headlined by 2016 Best Picture-winner “Moonlight”.
Still, this current run of success has been a slow progression for the New York-based company.

Where it All Began

In 2012, Daniel Katz, David Fenkel and John Hodges teamed up to create A24 Productions. The trio of executives promised to release eight to 10 films annually. “We see an exciting opportunity right now for movies in the domestic space especially given all the new ways to target moviegoers and the changes that are happening in the marketplace,” the executives said in the statement. Katz had been the most polish of the three as he was the head of film finance group called Guggenheim Partners. Katz and the company were crucial players in the production of “The Social Network”, “Zombieland” and the “Twilight” franchise.
Then, in 2013, the first risky but supremely-unique film was released by A24; “Spring Breakers” an overnight triumph. It was the company’s third film at the time, but the controversial decision to cast Disney-alumni — Selena Gomez and Vanessa Hudgens — in a film about sex, violence, and drugs proved to be a recipe for success. The film was just a tone-setter as many of the films that followed in the next five years would change movie-making.

Rising to the Top

The production company continues to take on risky films with risky content. It produced and distributed films like “The Bling Ring” by Sofia Coppola in 2013. The following year the company finished the year with the critically-acclaimed “A Most Violent Year” that starred Oscar Isaac and directed by J.C. Chandor. The movies focused on the competitiveness and the corruption of the oil trade in 1980s New York City.
But in 2015, the company began to hit on all cylinders. Nearly all of the 10 films released were Oscar-worthy, an unprecedented feat. That year saw A24 release Alex Garland’s “Ex Machina”, considered by many to be the best film of the year. It also released the documentary “Amy”, a film about the rise and fall of singer Amy Winehouse. That doc was widely-considered the best in its genre in 2015, culminating with the Academy Award for best documentary feature. Then it finished the year with the release of “Room”. The film earned an Academy Award nomination for best picture as well as Brie Larson taking home the Academy Award for best actress in the film.

If there was any indication, A24 wasn’t about to slow down. The company remained faithful to the edgy content that was releasing. The majority of the A24 films had an engaging, gritty realism that transfixed audiences. The content began to focus on present-day issues such as gay and women’s rights. There were also themes of dysfunctional society (namely in America) that are sprinkled throughout. By 2016, the production company gained a positive reputation and begin to gain the Miramax comparison for releasing quality indie films. That year the company released films such as gut-churning “Green Room” and the strangely-addictive “Swiss Army Man”. But it caught attention with the release of dystopian satire “The Lobster” and the twisted coming-of-age drama “American Honey”.
Those films were all overshadowed by the release of “Moonlight,” which spans the life of gay young man in hard-streets of Miami. The film was nominated for eight Academy Awards the following year. It also upended the Hollywood-inspired “La La Land” for the Academy-Award for best picture in a most bizarre way.

A24 has become a visionary production company. The executives have overtaken many of the larger productions companies by having a savvy knack for identifying and recognizing powerful stories and rising filmmakers. “They’re auteur-enablers, “ Moonlight producer Adele Romanski told Vanity Fair. Moonlight director Barry Jenkins, who was nominted for an Oscar for best director in 2016, agreed with his producer. “They understood,” Jenkins told Vanity Fair. “From the very beginning, it just felt like a very safe space to make this film.”
Now all the major filmmakers and actors want to work with A24. Actor/director James Franco (who starred in the company’s first breakout, “Spring Breakers”) worked with the company to bring his movie, “The Disaster Artist”, to life. In 2017, the company also released “Good Time”, “The Killing of a Sacred Deer”, “The Florida Project” and “A Ghost Story”. All of the films were regarded as some of the best of the year. But 2017 was ultimately capped by the success of “Lady Bird”, a Greta Gerwig semi-autobiographical film set in Sacramento, California. The film received Academy Award nominations for best picture and Gerwig nabbed the best director nom.
It doesn’t seem like A24 has any plans of slowing down the powerful content, as there are 13 films slated for release in 2018.

A Man’s Guide to Whisky Tasting

The Return of the Fanny Pack

A24: The Making of the Edgiest Indie Film Company Right Now