It's good, but it does more than just be good 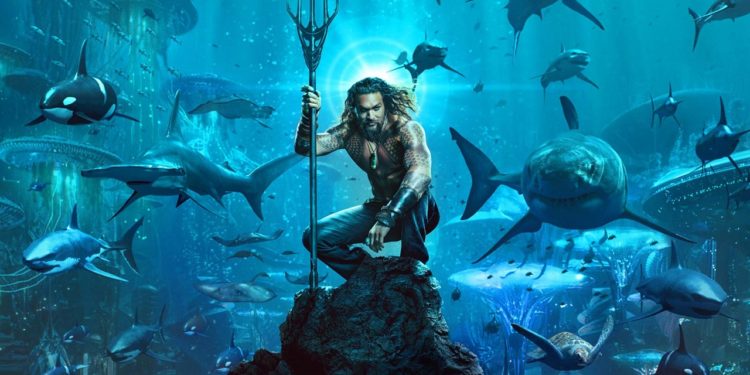 You may be wondering, why bother comparing “Aquaman” to other superhero films out there? Can’t we just enjoy “Aquaman” for what it is – an underwater romp focused on an iconic character from the DC stable of heroes? But not comparing the “Aquaman” movie to its competitors would be doing it a disservice as it actually stacks up well against other superhero origin films.

With the DC series of superhero films falling short of attaining the popularity of Marvel’s superhero movies, and with Marvel already encroaching on the cinematic animation space – a niche that DC’s animated films excelled at – with “Spider-Man: Into the Spider-Verse,” “Aquaman” stands as a beacon of light for DC movie fans much like Arthur Curry’s (Jason Momoa) lighthouse home.

Origin stories are a dime a dozen nowadays as each and every superhero from both DC and Marvel needs to get their own movie when they’re introduced to the public. Thankfully, Aquaman’s origin story adapted for the big screen is thinking bigger compared to other DC Universe films we’ve seen so far. You won’t find any throw-away villains in this movie.

Aquaman’s decision to leave Jess Kane’s (Yahya Abdul-Mateen II) father behind in the submarine may seem like an unheroic choice, but it does set up a conflict between Black Manta and Aquaman that the audience can be invested in. By the end of the movie, Aquaman now has a renewed purpose as a super-powered human, as well as a villain with a justified axe to grind against the franchise’s protagonist, helping fans to look forward to the next films in the franchise.

It does well to respect the other movies in its continuity

“Aquaman” takes place a year after the events of 2017’s “Justice League” film. Rather than do another pre-DCU history approach, similar to “Wonder Woman,” the film embraces the fact that Steppenwolf’s invasion has happened and is more than glad to play with the narrative space from there.

The movie’s approach means that “Aquaman” helps push the narrative not just for itself, but also the future DC Universe films that fans are anticipating. Fans can expect not to encounter any complicated casting choices for DC films in the near future because of “Aquaman,” unlike the wrap-up to “Batman v Superman: Dawn of Justice.”

It doesn’t hold back its protagonist

While “Aquaman’s” writing is not at the top of the heap, the action is non-stop and easy to follow. The fact that the movie is set a year after Aquaman’s own introduction allows the film to showcase the action as early as 15 minutes into viewing. The movie is not hampered by any limitations to Aquaman’s strength, which allows Arthur Curry to take on more challenges worthy of the title of King of Atlantis.

In addition to the action, Jason Momoa’s portrayal of Aquaman injects a bit of humor that doesn’t try to emulate the popular Marvel voice that so many comic book movie fans are used to. It’s nice to see DC finally find its own brand of humor and narrative voice in “Aquaman,” where so many other DC films have recently failed at executing.

“Aquaman” is no “Infinity War.” It’s not the strong stable of movies that fans of the Marvel Cinematic Universe herald as some of the DC rival’s best films like “Captain America: Winter Soldier” and the first “Guardians of the Galaxy” film. It’s more akin to the first few memorable Marvel films like the origin stories of Iron Man and Captain America, which means it is a satisfying action flick that adds value to the future of the DC universe film franchise.

While it’s no “Black Panther,” “Aquaman” is definitely a strong cinematic focus on one of DC’s under-appreciated heroes. The fact that “Aquaman” stands alongside “Wonder Woman” as being better than the flood of other DC films gives fans of the superhero multi-franchise some hope for better quality from DC’s future films.

Yes, Men Can Have Yeast Infections, Too