Are Swai Fish Actually Bad for You? 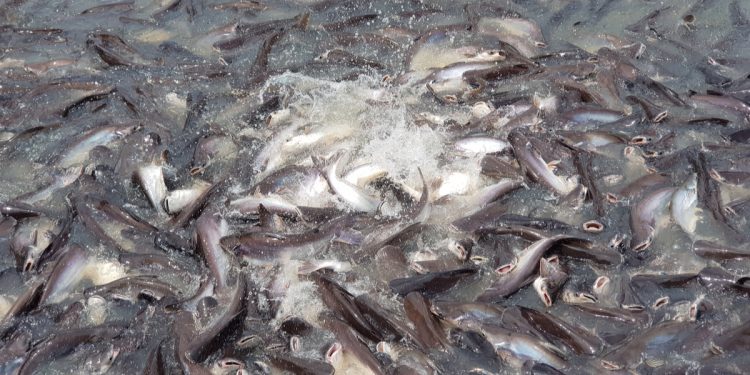 Some may give a straight answer, but maybe they shouldn’t. Swai fish are a complicated case.

Swai fish go by many names: basa, bocourti, and cobbler, to name a few. They belong to the Pangasiidae family of shark catfishes, giving them the nicknames “panga” and “Asian catfish,” though the popular designation as catfish has been disputed. Whenever pangasius fish are mentioned, swai fish are naturally included in that category.

They’re often described as stout and medium-heavy, being one of the heavier species of white-fleshed fish commonly sold.

Native to Southeast Asia, they’re extremely common in the Mekong River, especially its delta in Vietnam. As a result, they form a vital section of the Vietnamese and Thai economies and are most heavily associated with Vietnam.

What gets people upset about swai fish has nothing to do with the fish itself. Instead, it’s the potentially harmful ways in which it’s commonly raised and sold that cause concern.

There’s little harm in buying from a thoroughly trustworthy brand, but these might be less common than a conscious buyer would hope.

Swai fish are farmed primarily for their sheer quantity. They can tolerate crowding, pollution, and a poor diet better than many other species. This means that Southeast Asian farms very often feed them cheap food and keep them in poor conditions to make a bigger profit. Fish may be seen practically stacked on top of each other, and their feed is unregulated, often little besides rice bran and wild-caught mystery scraps.

Maybe most concerning of all is the abuse of antibiotics and chemotherapy. Both of these are used to prevent and contain the start and spread of disease.

Antibiotics are most commonly known for their almost magical ability to kill undesired bacteria. However, they often kill helpful microbes as well, which can severely damage the health of any organism. Even worse, the fact that they spare highly resilient microbes means that those microbes can reproduce with each other and gradually form ‘invincible’ new breeds. What’s worse, their use isn’t nearly as well-regulated as in more developed countries.

As for using chemotherapy in countries well-known for their relatively lax standards, that should explain itself well enough.

Luckily, one study showed that probiotics not only lessened the harm of antibiotics, but they also helped the fish to grow larger. This may be one crucial solution, benefiting all parties.

[ Related: Here’s Everything You Need to Know About Probiotics ]

When tested, pangasius fish rarely ever show worrisome signs of contamination. Only one sort of dangerous metal was found in one study, and well below regulation maximums. Furthermore, antibiotic, preservative, and pesticide residues are present, but in such low quantities that you’d have to eat 220 to 660 pounds in one sitting to get sick.

However, it had also been found that between 70 and 80 percent of pangasius fish may be contaminated by Vibiro bacteria, the cause of most cases of shellfish poisoning. This means that raw or undercooked pangasius poses a serious threat.

While this might sound tolerable, as if your only concern is cooking swai fish well enough, remember that the consequences of consuming generally toxic food might be gradual and lifelong rather than obvious and immediate.

Oh yeah, and there’s a pretty good chance you’ve already had pangasius before, whether you wanted it or not.

Pangasius is one of the favorites, being able to be passed off as many white-fleshed species, grouper and cod in particular.

Fraud of the sort is done mostly by the fisheries themselves, and it’s not hard to see why. Most workers are simply poor, and it’s unlikely they’d see it as morally reprehensible to lie to massive companies selling to Westerners who probably can’t tell the difference anyway.

As implied, this isn’t much of a concern to the average consumer. Fish can only be passed off as the wrong species because they were very similar to begin with, and we obviously don’t have customers taking to the streets over this kind of thing. Sometimes they’ll notice and complain, and either the seller will discover they were being lied to, or the public will know who’s cutting corners. Then it’ll just blow over.

But maybe it shouldn’t.

In 2002, a second conflict erupted between the United States and Vietnam, known colloquially as “the catfish war.” The US government accused Vietnam of flooding American markets and driving local fisheries out of business. As a result, it reclassified what ‘true catfish’ were and added trade tariffs to the Vietnamese fish. Hence some of the disagreement in naming these species.

Now, the government certainly took action in favor of national interests, but it raises a moral question for many consumers: what about the impoverished people who raise and sell Asian catfish? Doesn’t buying swai fish help them?

The industry is a major source of wealth and development in Vietnam and Thailand, it’s true, and this industry does provide for those who need it most, but it allows a poor precedent to continue and potentially get worse. The spread of resistant bacteria and industrial waste are just too much.

Thankfully, though, higher global standards have contributed to a positive response from Vietnamese industries, which are increasing their own regulations. That means trustworthy companies are able to have an edge in Western markets. Let’s hope the trend continues.

Southeast Asian fisheries as a whole are far from perfection, and less than 1 percent of imported seafood is inspected for mislabeling in the US. This is unlikely to be solved in the very near future.

But the consumer still has a say. Avoid products and brands you can’t trust, and feel free to support the ones you can. That way, even something so mundane as buying fish can have a positive benefit on the world.

23 Hairstyles for Black Men That Are Still Cool