5 Crazy ‘Avengers: Endgame’ Fan Theories That Could Be Right 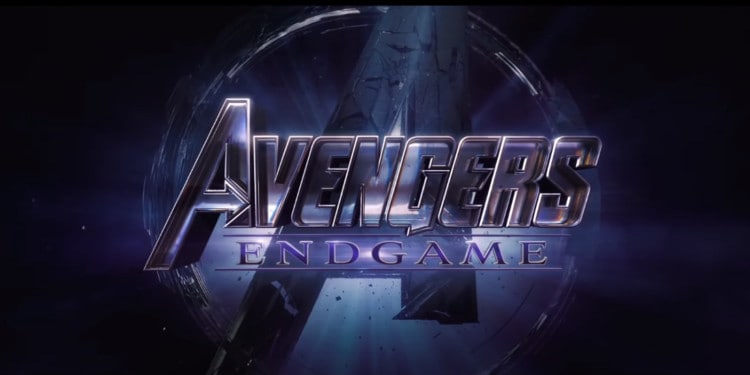 As much as watching a superhero beat-down wreck Thanos’ face in the upcoming “Avengers: Endgame” would be satisfying, a simple end to one of Marvel’s most anticipated story arcs may just not cut it for fans. This has led to fans offering up their own ideas of how this chapter of the Marvel Cinematic Universe (MCU) will come to an end.

To give you a heads-up, some of these theories are downright wild and can make you question if Marvel and Disney are really willing to risk making such decisions to answer what happens after the events of “Avengers: Infinity War.” Below are five of these wild conspiracy theories about”Avengers: Endgame.”

Peter doesn’t get off the bus

Reddit user ICCanada’s theory is more focused on resolving the inconsistencies between the events of “Infinity War” and the current state of the world as presented in the “Spider-Man: Far From Home” trailer. One of the reasons why ICCanada’s theory is so interesting is it gives an explanation about why people in the “Far From Home” trailer aren’t so traumatized by the events caused by Thanos’ snap.

ICCAnada’s theory revolves around Tony Stark being the key to solving Thanos’ actions through time travel. While the Reddit user doesn’t provide much detail how exactly Stark will solve the universe’s problem beyond using the Infinity Stones themselves, he does point out that Tony’s actions could revert to time before Thanos’ minions arrive on Earth, precluding the need for Peter Parker ever leaving his school bus during the same timeline.

With the status of Robert Downey Jr.’s contract with Marvel after “Avengers: Endgame” still in limbo, this could be the actor’s big swan song storyline before he finally closes his contract as Iron Man based on dialogue between Thanos and Tony during the battle on Titan. If Tony Stark does end up sacrificing himself to ensure that Thanos’ arrival on Earth never happens, this could end up opening more doors to introduce new MCU characters for future movies.

The universe was split

According to Reddit user datageek, even Thanos himself does not know how exactly 50 percent of the universe’s population would be removed from existence. Based on this key idea, datageek proposes that everyone who was removed from the universe by Thanos’ snap could actually have been transported into a parallel universe. This wouldn’t be the first time that the idea of multiple universesplaying an important role in a Marvel property is introduced.

If this is the case, the solution to “Avengers: Endgame” could easily be solved by finding a way to recombine the now-split universes. The tools to do so? Ant-Man’s knowledge of the Quantum Realm as well as Tony Stark’s technology, the latter of which is of high interest for fan theories.

Ant-Man is the key to the MCU’s survival

This theory, proposed by Reddit user martiantheory, revolves around two premises that lead to the conclusion that Scott Lang is one of the key ways for the MCU heroes to fight back against Thanos’ plans. The first important premise is one of the information drops that Janet van Dyne mentions to Scott Lang before he jumps into the Quantum Realm to harvest quantum energy.

The second important premise is Dr. Strange may have seen Scott Lang’s importance to repairing the MCU, thus making sure that Thanos’ snap happens after Janet van Dyne is able to share the knowledge of Time Vortexes to Lang before she disappears. While this doesn’t necessarily endorse the split universe theory, it does lean hard on Lang’s knowledge of the Quantum Realm being important to the upcoming movie’s resolution.

The MCU is in a time loop

In contrast to other fan theories about how “Avengers: Endgame” could be solved by simple time travel, Reddit user RahulVijh proposes that the upcoming movie will deal with time in a more complicated manner. This theory assumes that the “Avengers: Endgame” solution has been a long lead-up by the MCU ever since Thanos was being teased as the franchise’s biggest villain.

The important detail which RahulVijh points out is the nature of Dr. Strange’s vision of how to beat Thanos. According to the Reddit user, Dr. Strange did not see possibilities using the Time Stone, but saw iterations of an event until the perfect solution to beating Thanos is reached.

This fact allows Dr. Strange to use the Time Stone to create a time loop spanning all the way back to “Avengers: Age of Ultron,” which can only be subverted and stopped by Ant-Man’s knowledge of the Quantum Realm. A very interesting theory that takes on a more “change the past” thriller tension than just simply jumping back in time.

Reddit user RealBugginsYT takes an alternative approach to “Avengers: Endgame’s” solution to Thanos’ snap by putting the world-weary Titan in the center of its solution. According to RealBugginsYT’s theory, Thanos will follow a redemption arc similar to the character development of one of his first few victims, Loki.

Fans will remember that Loki moved between being an antagonist and supporting protagonist amongst multiple movies in the MCU and u/RealBugginsYT supposes that such a change can also happen to Thanos. While u/RealBugginsYT does not provide supporting evidence beyond an example of another Marvel antagonist turning good, the possibility that Thanos himself rights his wrong is an interesting approach to how “Avengers: Endgame” will be resolved.

5 Essentials for Improving Your Golf Game on the Go

The ActiveMan Guide to Oral Hygiene

5 Crazy ‘Avengers: Endgame’ Fan Theories That Could Be Right