From the history to the pros and cons, learn more about the Dodge Caliber and how many miles you can get out of the vehicle if properly maintained. 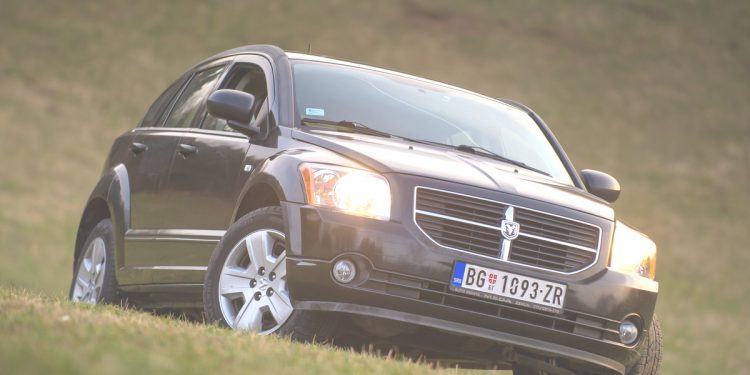 The Dodge Caliber has been on sale since 2007. However, it seems to be longer than that. That’s because this four-door hatchback was never able to find the sweet spot for which it was programmed on the market.

Initially, the Caliber was marketed as a car with some of the utility of a crossover vehicle. It was a space-efficient interior design with some revolutionary features. However, all the letdowns were difficult to look beyond. It has cheap-feeling interior materials, a noisy cabin, slow CVT efficiency, and lackluster gas mileage.

Now the Dodge Caliber is (marginally) a better car than it was when it was first launched. It remains virtually unchanged for 2012, but a few years ago, it received some modest trim upgrades, revised steering, and some much-needed additional sound insulation. However, as far as styling and design are concerned, the Dodge Caliber never fits well, with a metal that is a little more overworked and slab-sided and an upright, overly boxy interior look.

The Dodge Caliber’s strengths are its large cabin, supporting seats and large hatchback opening, flexibility, and passenger space. There’s a lot of headroom in the front and back, although the front seats themselves aren’t all that comfortable. And whether you consider the Caliber to be roomy or not, it’s a little relative. Compared to most other hatchbacks, the Caliber is tall and chunky, while the Caliber does not have as much interior space relative to smaller crossovers with the same footprint.

Dodge Caliber remains available with adequate but noisy four-cylinder engines. The basic versions are compiled with a 158-hp 2.0-liter four; 172-hp, 2.4-liter four can be found on the first versions. The two engines can be ordered with a continuously variable transmission (CVT).

If you can go with the manual, do that, as with the CVT, these engines feel considerably more sluggish and rougher in character. With tighter steering, the Caliber still doesn’t have the Golf’s reflexes, but the quality of the ride is decent.

Particularly frugal-minded small-car shoppers might think they’re getting a lot more space and a car for money without a lot of other sacrifices. But there’s one considerable downside: the gas mileage. Dodge Caliber is thirstier than most mid-size sedans. At best, it gets 23/31 mpg, but a really disappointing 21/25 mpg with a larger engine.

When it comes to the safety lags compared to most other cars in this price range; the Dodge Caliber earns only three stars (out of five) in the federal government’s side-impact, with a total score of three stars and only an ‘acceptable’ rating for roof strength and a ‘marginal’ score for side-impact. Safety equipment, otherwise, is typical for the class.

The list of options is somewhat whittled-down. However, one of the highlights remains the available navigation system with real-time traffic and travel information.

If you can go for the manual, do it. These engines sound much more sluggish with the CVT while still being coarser. With the CVT, both engines rev too slowly to often feel exceptionally responsive—and relative to all other small cars, gas mileage is abysmal.

The Dodge Caliber still does not have Golf’s reflexes with tighter steering but has the right ride consistency. Steering is not bad, but the Caliber appears to ride a little stiffly and bound over bumps, interfering with your ability to zip on anything except pavements.

The Dodge Caliber falls short of several fresher small-car models in many ways, but its feature set is not one of them; the Dodge Caliber has many options that do not always include options between budget entries, and several innovative features set it apart.

Dodge Caliber excels in flexibility and passenger space due to the inclusion of a large cabin, comfortable seats, and large hatchback opening. The 2012 Dodge Caliber has plenty of headroom front and back, but the front seats themselves aren’t all that comfortable. And it really is a little relative whether you consider the Dodge Caliber downright spacious or not.

While the Dodge Caliber is tall and chunky compared to most other hatchbacks, it is especially good for cargo. But the vehicle does not have nearly as much interior space as smaller crossovers with the same footprint.

You can fold the rear seatbacks forward to get 48 cubic feet of space for storing items. Additionally, you can also find many cubbies for smaller items. In comparison to other small cars, the back seats are perfect for space. Though much improved a few years ago, materials remain middle-of-the-road, with a hollow feeling pervading the dash and doors.

In purchasing a vehicle, average mileage is just one factor. For example, a car with many well-maintained highway miles would be a much better investment than a car with lower city mileage that has been neglected. You can expect 200,000-kilo miles from a Dodge Caliber. But certain items such as belts, fuel pumps, etc., will need to be modified over time. You can always test drive the vehicle to see if it was well maintained and been preserve. Use your best judgment and purchase the vehicle if it is the one you want.

What Is A Side Stitch?